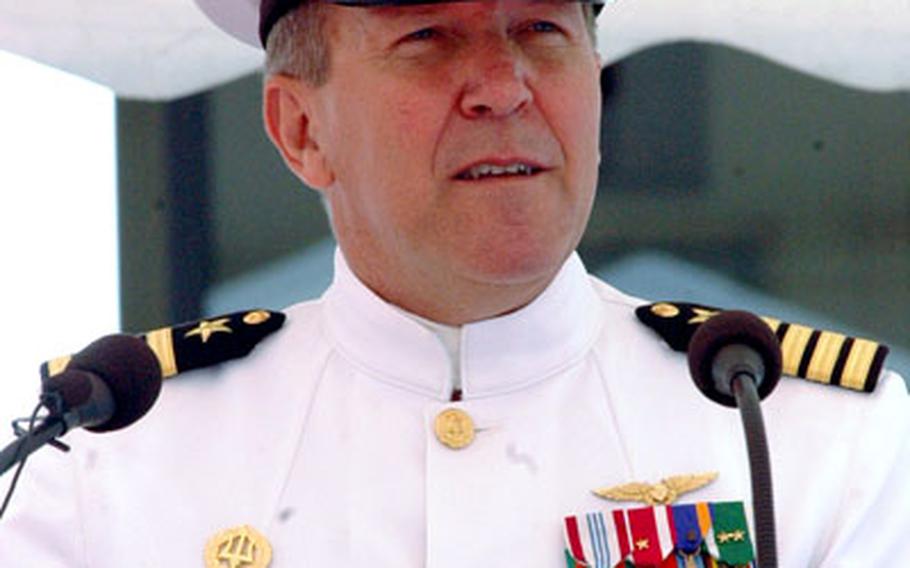 Capt. Floyd Hehe delivers his thanks Thursday to all those who helped him during his three-year command of Naval Support Activity Naples, Italy. (Sandra Jontz / S&S)

Capt. Floyd Hehe delivers his thanks Thursday to all those who helped him during his three-year command of Naval Support Activity Naples, Italy. (Sandra Jontz / S&S) 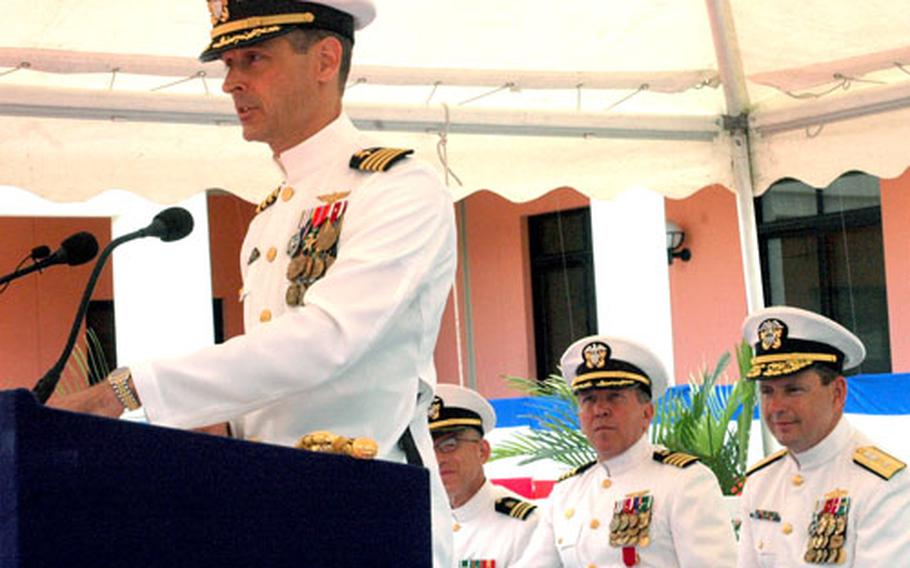 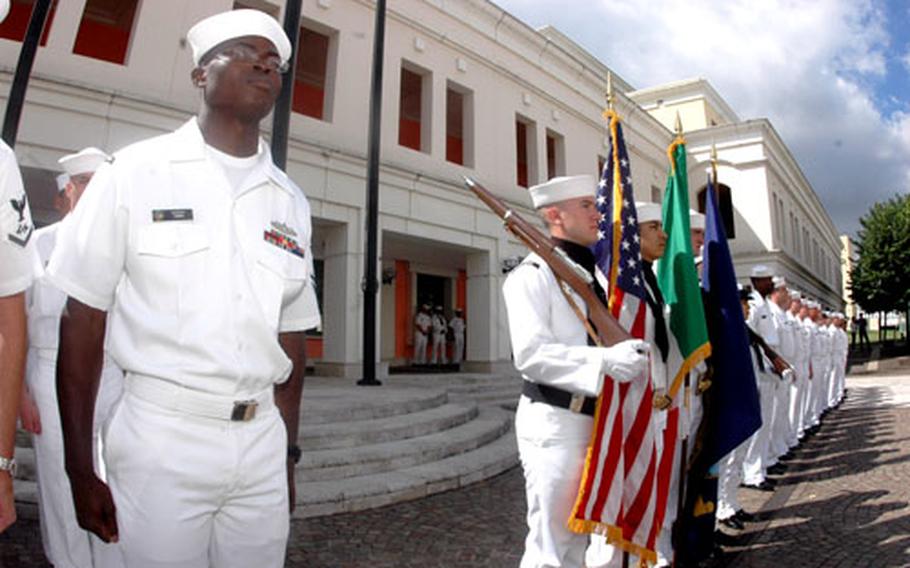 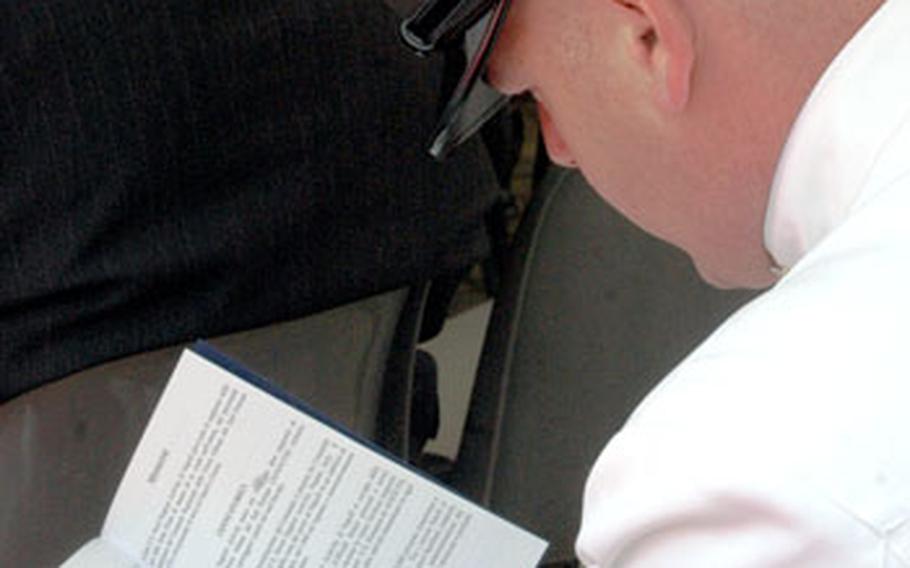 Hehe, an aviator by trade, heads to Washington, D.C., to become the director of the Inspections Division for the Navy inspector general. He is being replaced by Capt. Robert "Rocket" Rabuse.

Under his command, Hehe helped manage the Navy&#8217;s tumultuous "transformation" process in Europe, which he characterized as unorganized at best.

The Navy closed or downsized several bases in Europe, and Naples had to absorb the personnel. But poor planning meant a tougher job for others down the chain of command, he said in an interview.

Then another trash crisis hit the southern Italian city in December. But this time, he said, the situation ballooned from a cyclical headache of garbage strewn streets to a headline-grabbing calamity that lead the Navy to embark on a series of short- and long-term health studies to determine whether living in Naples endangers the health of its personnel.

That said, Hehe moved on from his somewhat gloomy opening remarks to thank Italians and Americans who helped make his three-year tour a success despite the challenges.

Standing at the lectern, he choked back tears as he gave thanks to those under his command &#8212; the "sailors in ranks."

"You have made me very proud, every one of you."

Hehe served most of his career at sea with the "operational Navy," but his keen skills as a leader made a shore-based tour at a support installation a successful one, said Rear Adm. Anthony Kurta, director for policy, resources and strategy and director of transformation activities for U.S. Naval Forces Europe. During the transformation, the Navy in Europe had "a bigger mission with fewer people," and Hehe led his sailors admirably in the process, Kurta said.

Rabuse&#8217;s first port call after graduating from the Naval Academy in 1984 was Naples, he said. Now he&#8217;s its commanding officer.

There are "some pretty big shoes for me to fill," Rabuse said, referring to Hehe, a popular commanding officer who is often seen standing gate guard duty alongside his security sailors.