Christmas just another day at Africa base 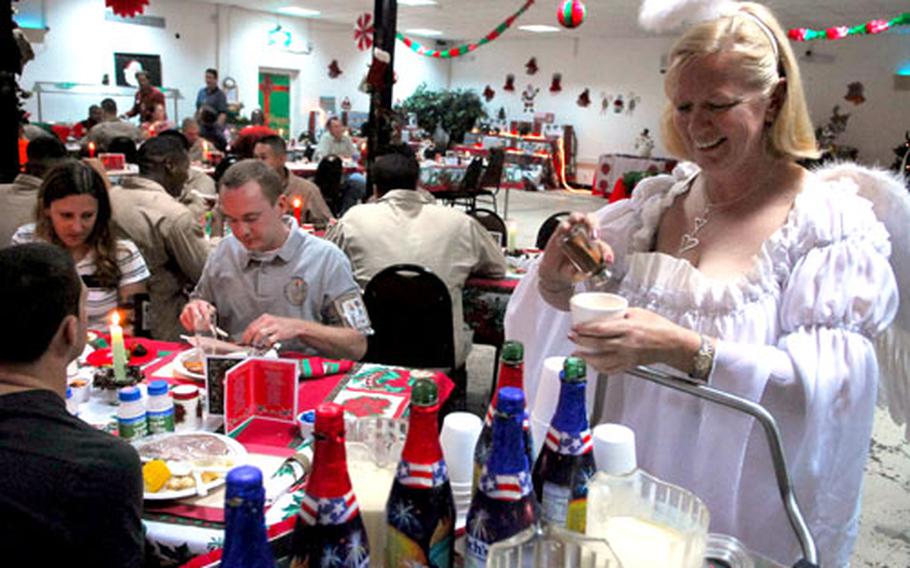 Diana Jones, of Forth Worth, Texas, a laundry supervisor at Camp Lemonier Anti-Terrorism Base, serves up eggnog to Marines, sailors, soldiers and airmen during Christmas dinner Monday in Djibouti, in the Horn of Africa. (Monte Morin / S&S)

Diana Jones, of Forth Worth, Texas, a laundry supervisor at Camp Lemonier Anti-Terrorism Base, serves up eggnog to Marines, sailors, soldiers and airmen during Christmas dinner Monday in Djibouti, in the Horn of Africa. (Monte Morin / S&S) 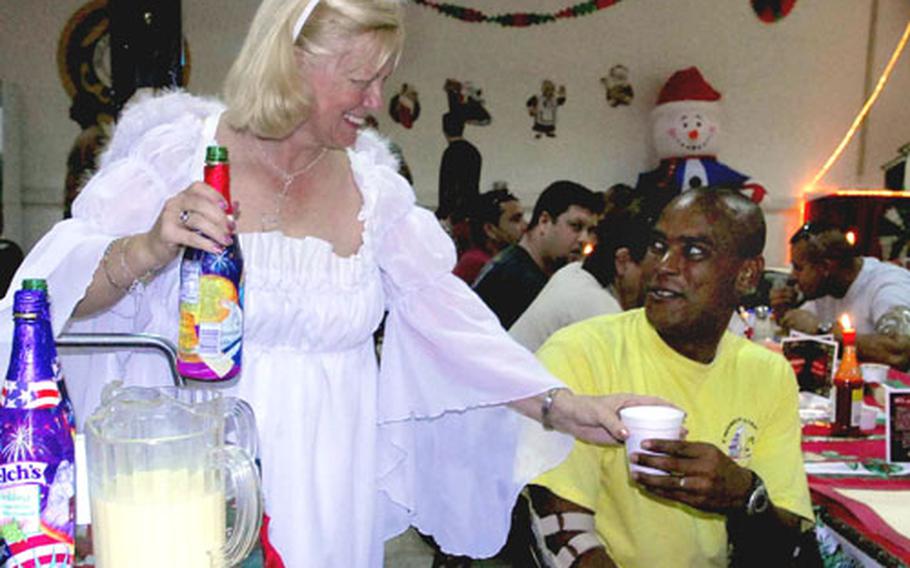 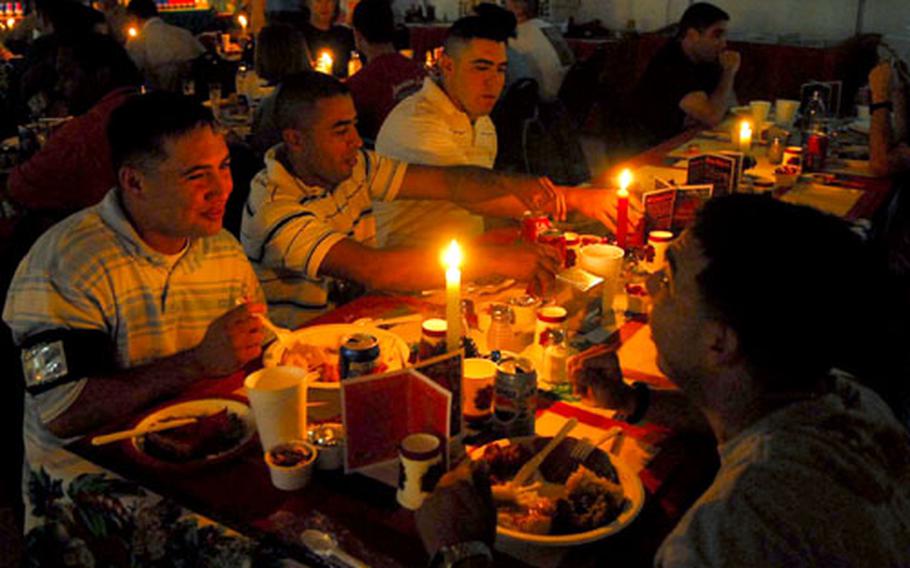 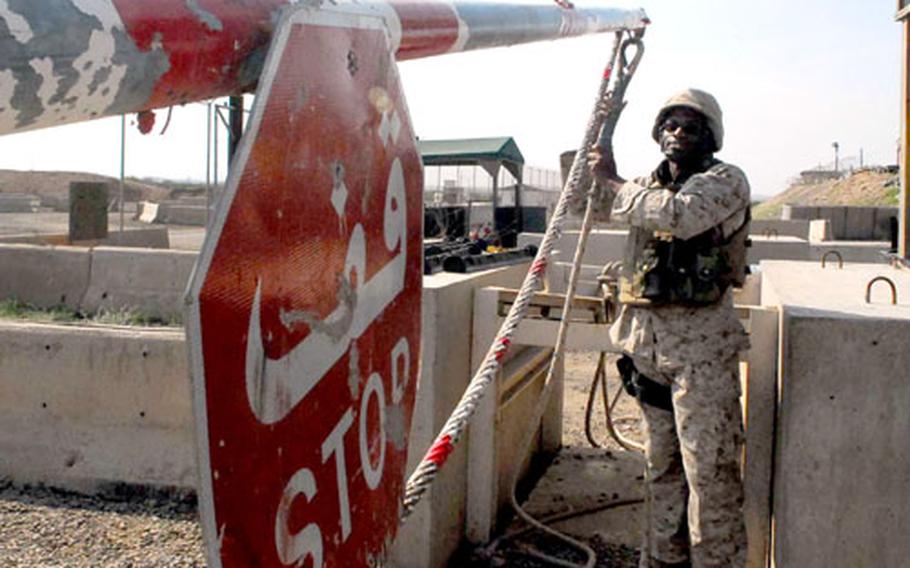 DJIBOUTI CITY, Djibouti &#8212; There were Christmas trees, Santa and all the trimmings of a lavish Christmas dinner Monday at Camp Lemonier&#8217;s Bob Hope Dining Facility, but for Marines guarding the wire of this small anti-terrorism base in sultry East Africa, the holiday passed like any other day.

While most of the roughly 1,500 military personnel who comprise the Combined Joint Task Force-Horn of Africa spent Christmas Day in their civvies enjoying a relaxing holiday, Marine Reservists with the 5th Provisional Security Company were decked out in full battle rattle, searching vehicles and scanning the perimeter for trouble.

Powers, one of a number of Marine Reservists from Texas, Mississippi, Alabama and Florida who make up the unit, said he wasn&#8217;t too bothered by the situation though.

"Honestly, if I had to spend Christmas anyplace else but home, I couldn&#8217;t spend it with any better group of guys," he said of his fellow Marines.

Camp Lemonier, a former French Foreign Legion barracks on the Red Sea, is the headquarters for the U.S. military&#8217;s war on terrorism here, and stages numerous humanitarian and military-to-military training missions throughout one of the continent&#8217;s most unstable and poverty-stricken regions. Each branch of the military performs a different function here and the Marines are responsible for guarding the base and staffing its checkpoints.

While security company members spent the day guarding the wire or manning the unit&#8217;s quick reaction force, they were granted "front-of-line" privileges at the dining facility. Marines either sat at tables or packed their Christmas dinner in a foam plastic "to go" container.

Davis, who also has served in Iraq, was acting as the sergeant of the guards on Monday. He spent part of the day visiting his Marines at their various guard towers and checkpoints.

At the main checkpoint, Lance Cpl. Justin Franklin, 21, of Greenville, Miss., spent most of the day raising and lowering the red-and-white striped gate arm as vehicles rolled in and out of the camp. He, for one, said he was very glad to be able to catch some of the Christmas spread before heading to work.

"That made my day," Franklin said. "When I saw those beautiful women dressed up in Santa suits serving food and drinks, that made me feel a lot better."