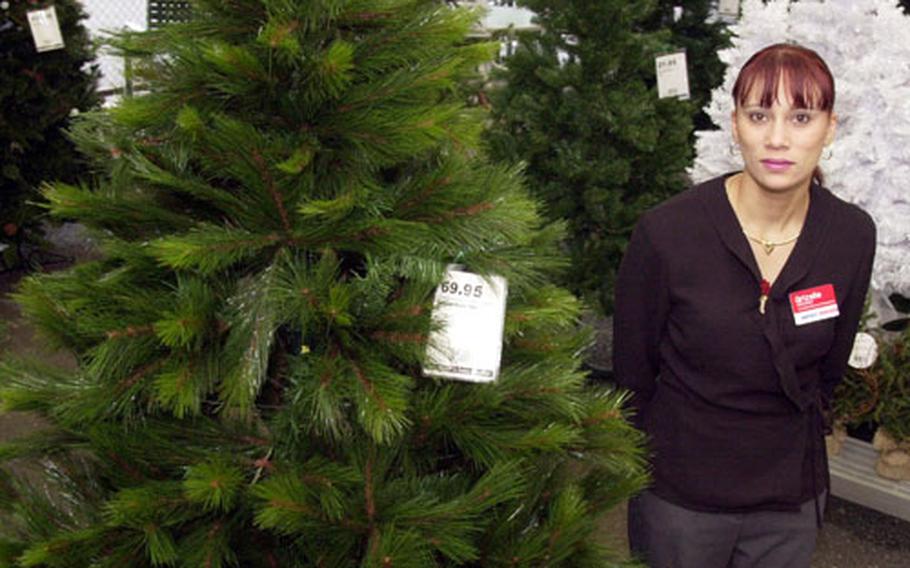 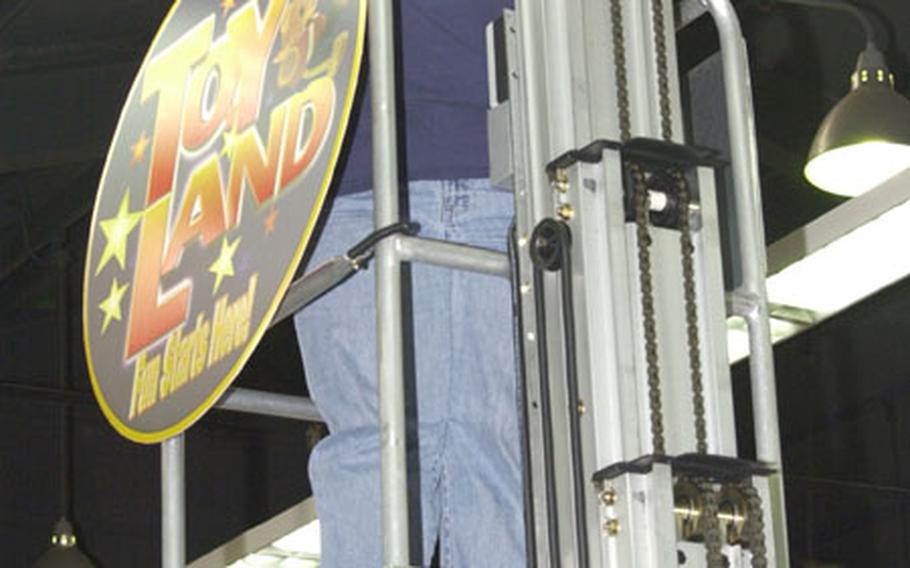 But Christmas season is coming early this year.

The trees were out before Labor Day to give customers more opportunity to shop ahead and to coincide with the annual &#8220;grand opening&#8221; of Toy Land, Fivecoats said.

On Saturday, all Army and Air Force Exchange Service stores similar to Four Seasons will unveil Toy Land, a section of each store where shelves are stocked with toys for the upcoming holiday season, Fivecoats said.

Select toys will be on sale at Four Seasons from Saturday through Friday, and customers may purchase toys on a 180-day layaway plan, free of charge, during that period, Fivecoats said.

There also will be coloring contests, prize giveaways, balloons and a clown at the store this weekend.

And while supplies last, free toy soldier bears go to customers who spend $100 or more.

Barbie dolls and battery-powered cars may put children in the holiday spirit, but adults may be a harder sell.

Some customers Thursday said they were pleased to have the chance to start shopping for the holidays this soon.

Fivecoats encouraged shoppers to do just that: &#8220;Get ahead of the game and get the stuff you need.&#8221;

AAFES is doing the same.

Last year, Four Seasons ran out of Christmas trees, lights and stands for natural trees during the holidays, Fivecoats said. The store is trying to avoid that problem this year by stocking up on more merchandise earlier.

Since it takes four to eight weeks to ship goods from AAFES&#8217; warehouse on the West Coast, Four Seasons wants to ensure there&#8217;s time to reorder supplies that run low or that shoppers may see in other stores.