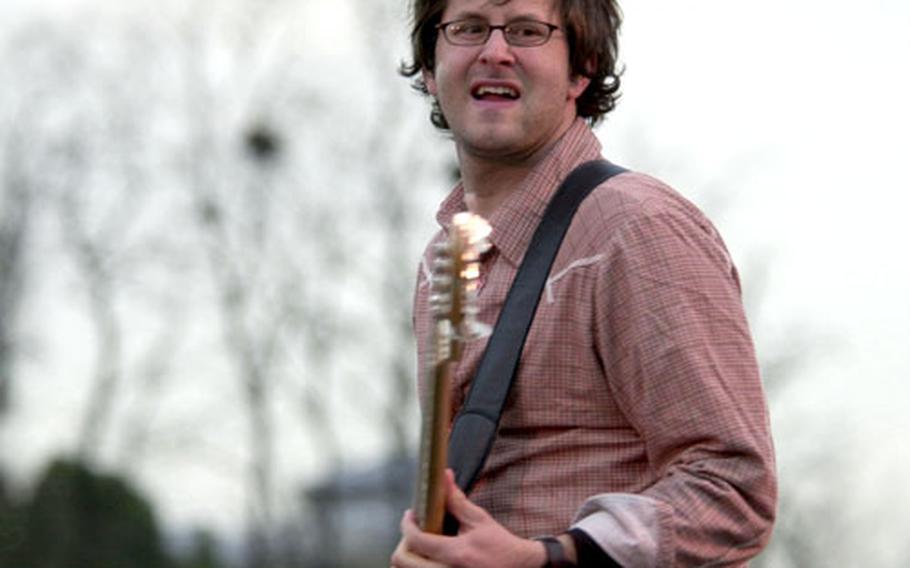 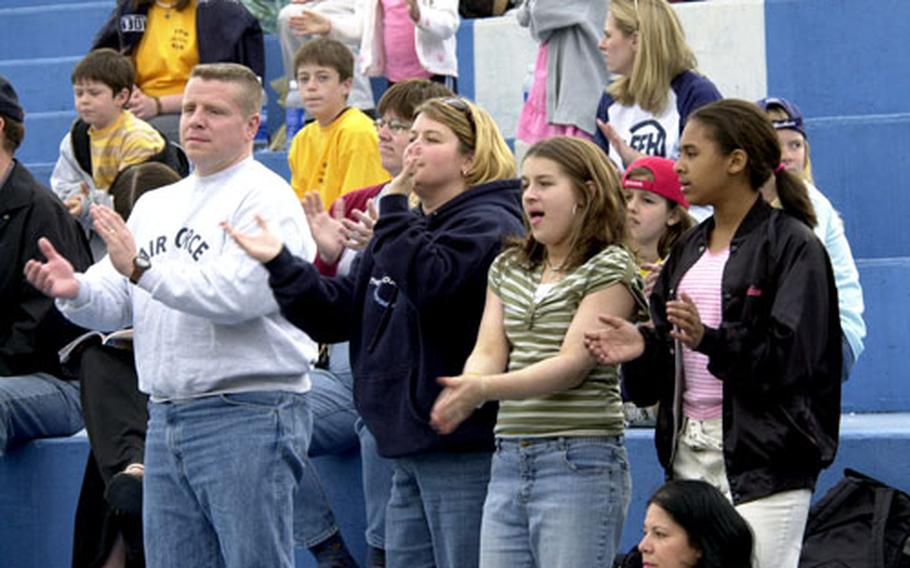 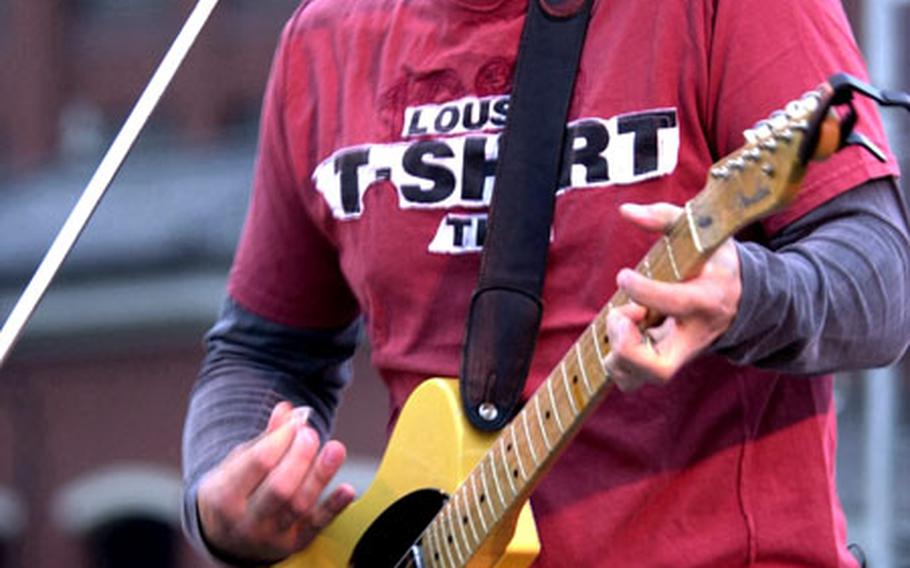 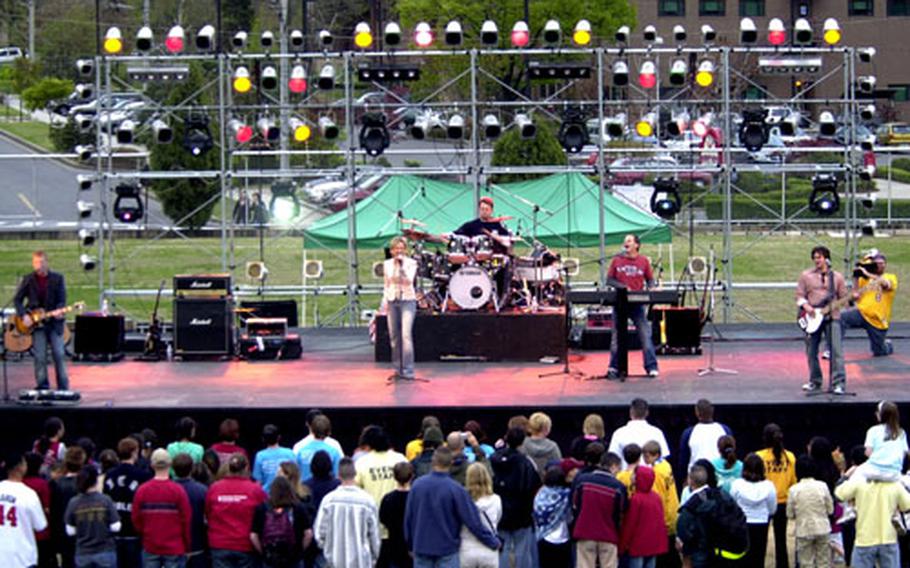 Far From Home plays at Yongsan Garrison, one of four shows the band was scheduled to perform at military bases in the Pacific. (T.D. Flack / S&S)

YONGSAN GARRISON, South Korea &#8212; Members of the Christian pop-rock band Far From Home found themselves, well, far from home this week as they toured U.S. military bases in South Korea.

The Nashville, Tenn., based musicians, who call themselves FFH, arrived in South Korea on Friday, invited by Air Force and Army chaplain programs looking to target the younger religious community. They played Kunsan Air Base on Saturday, Yongsan on Sunday and were to play outside Osan Air Base&#8217;s gates on Monday before flying to Japan to play at Yokota Air Base on Wednesday.

Jeromy Deibler, lead singer and keyboard player, told Stars and Stripes before Sunday&#8217;s show at Seoul American High School&#8217;s athletic field that FFH members were glad to &#8220;expose our music to people who might not have heard it.&#8221;

But Deibler appeared surprised when, after taking the stage, he asked hundreds of base residents who formed the crowd whether they had ever heard of his band. The response was a roar. &#8220;We have more of a following in Korea than in some U.S. states,&#8221; he joked with the audience.

According to the band&#8217;s Web site, FFH has more than 1 million career album sales, seven No. 1 radio hits, 17 Top 5 singles and several awards nominations. Deibler&#8217;s wife, Jennifer, Brian Smith and Michael Boggs make up the rest of the band.

Air Force Maj. George Youstra, senior Protestant chaplain at Kunsan Air Base, helped bring FFH to Asia. Youstra struck up a friendship with the band during shows at Luke Air Force Base, Ariz., he said. &#8220;They have a desire to serve the military community,&#8221; Youstra said of the musicians. &#8220;I think this has been great for the community.&#8221;

Other local entertainers, including the South Post Chapel&#8217;s youth group, Club Beyond, also got a chance on stage.