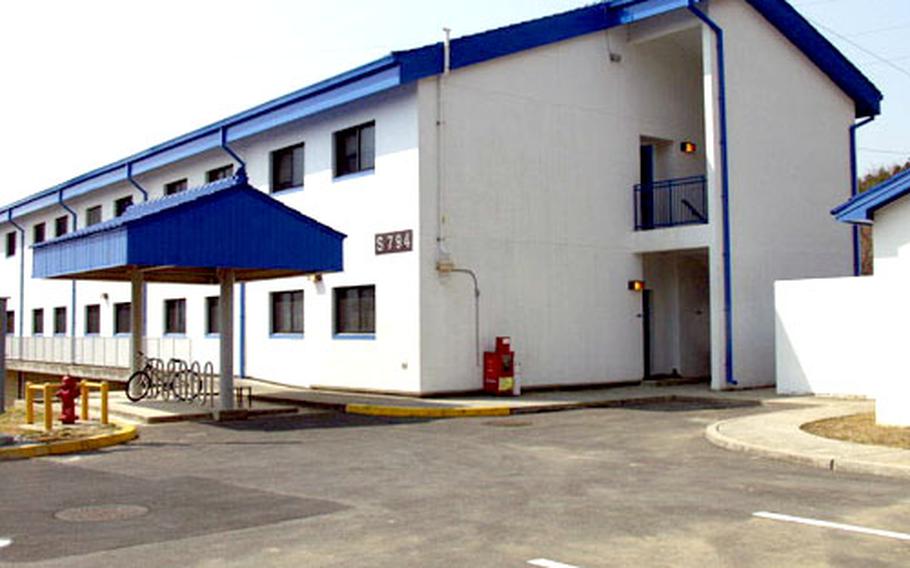 One of the 11 barracks at Chinhae Naval Base, South Korea, which won a Navy award. (Courtesy of U.S. Navy)

One of the 11 barracks at Chinhae Naval Base, South Korea, which won a Navy award. (Courtesy of U.S. Navy) 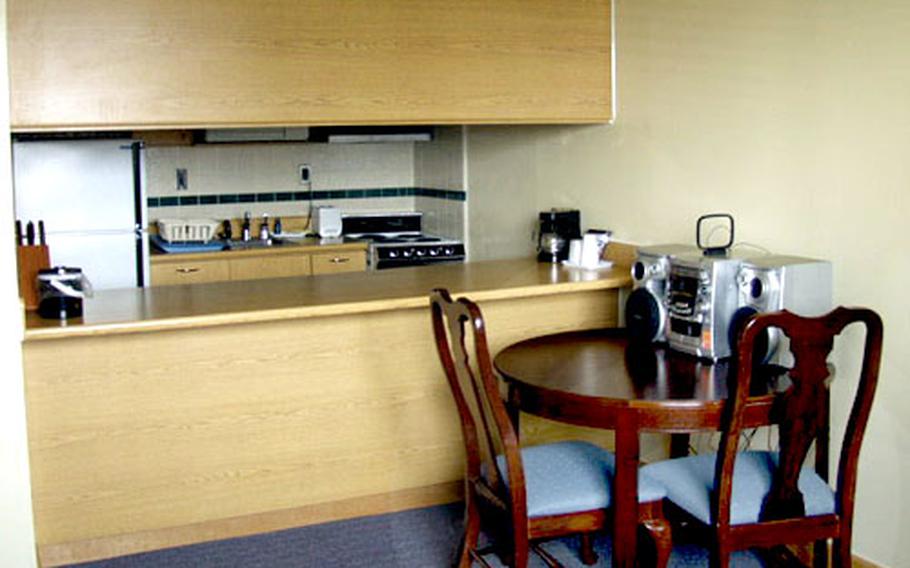 The kitchen/dining area in a barracks at Chinhae. (Courtesy of U.S. Navy)

TAEGU, South Korea &#8212; Seaman Apprentice Tasha Williams decided she was up for popcorn and a movie one recent Friday night at Chinhae Naval Base in South Korea.

So she headed for her favorite movie theater: her barracks.

There, in the blue-carpeted, fully furnished room she shares with another sailor, the Navy has provided Williams an entertainment system with DVD and CD player, VCR and television.

And that&#8217;s only a part of what awaited her when she arrived at Chinhae nine months ago, just out of training.

Her room also includes beds, curtains, a full-sized closet and kitchenette with a gas range and full-sized refrigerator. And there&#8217;s a bathroom she and her roommate share with the two sailors in the next room.

That Friday, Williams, a cook at the 90-acre logistics base, had a friend over, microwaved the popcorn and put &#8220;Bring It On&#8221; in the DVD player, all there in the Bachelor Quarters.

That attention to quality in the barracks helped Chinhae Naval Base earn the Admiral Elmo R. Zumwalt Award for Excellence in Bachelor Housing Management &#8212; a five-star accreditation. Chinhae was one of 32 Zumwalt award winners worldwide.

A team of inspectors from the Naval Facilities Engineering Command rated the base&#8217;s 11 barracks for all ranks, according to a checklist that covers everything from cleanliness and maintenance to what services sailors are provided to bookkeeping and administration.

There&#8217;s no money with the award, just the distinction within the Navy and the pride for the winners.

&#8220;The benefit I see, is that it&#8217;s the motivation that the sailors get knowing they&#8217;re living in the highest standard of quality of bachelor quarters available,&#8221; said Cmdr. Jim Tranoris, commanding officer, Fleet Activities Chinhae, &#8220;and that we, the Navy, care about them and don&#8217;t spare anything to give them that quality of life.&#8221;