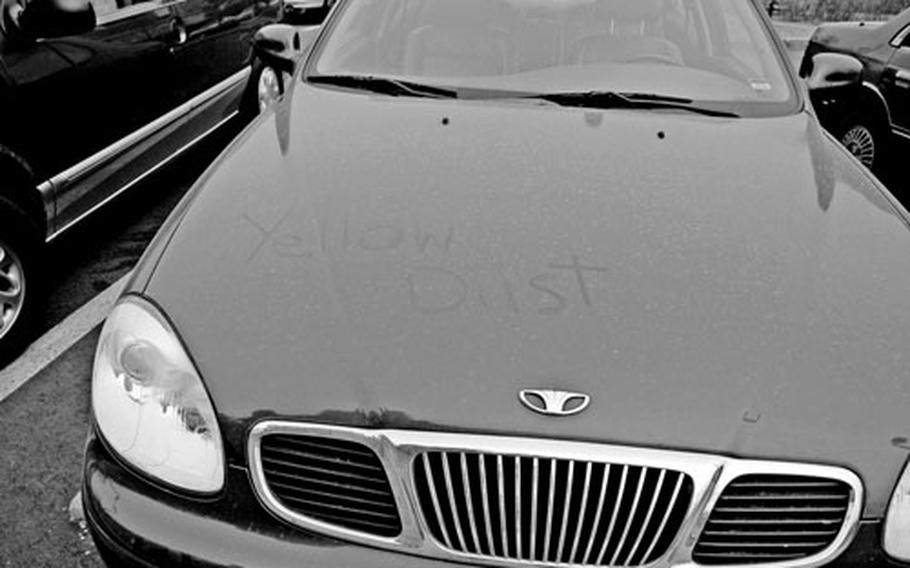 SEOUL &#8212; The yellow dust season on the peninsula is petering out thanks to a wetter-than-normal spring in China, Korean weather forecasters said Wednesday.

&#8220;Even if it hits again in Korea it will likely be very weak,&#8221; Meteorological Agency spokesman Lee Hyeok-jae said of the annual dust storms.

The combined intensity and frequency predictions led USFK Chief of Staff Lt. Gen. David Valcourt to issue a policy letter in February to set revised guidelines and restrictions during the storms.

Troops were banned from outdoor physical training when dust levels exceed 300 micrograms per cubic meter, according to the policy letter. At 500 micrograms, commanders &#8220;should limit outdoor field training to only the most essential activities and they should minimize the exposure time of service members to unfiltered air.&#8221;

At 1,000 micrograms, all outdoor training is prohibited and USFK personnel should remain indoors, according to the letter.

The dust &#8212; blown across the sea from China and Mongolia and dumped on the peninsula &#8212; carries heavy metals that aggravate bronchitis and can cause pink eye, sinusitis, ear infections and respiratory problems.

The strongest dust storm this year hit on April 1, with Camp Eagle and Camp Long seeing a peninsula-high level of 2,109 micrograms. Every other U.S. base on the peninsula registered levels of more than 1,000 micrograms the same day.

Yellow dust levels at each base can be monitored on the U.S. Forces Korea Web site: www.usfk.mil.