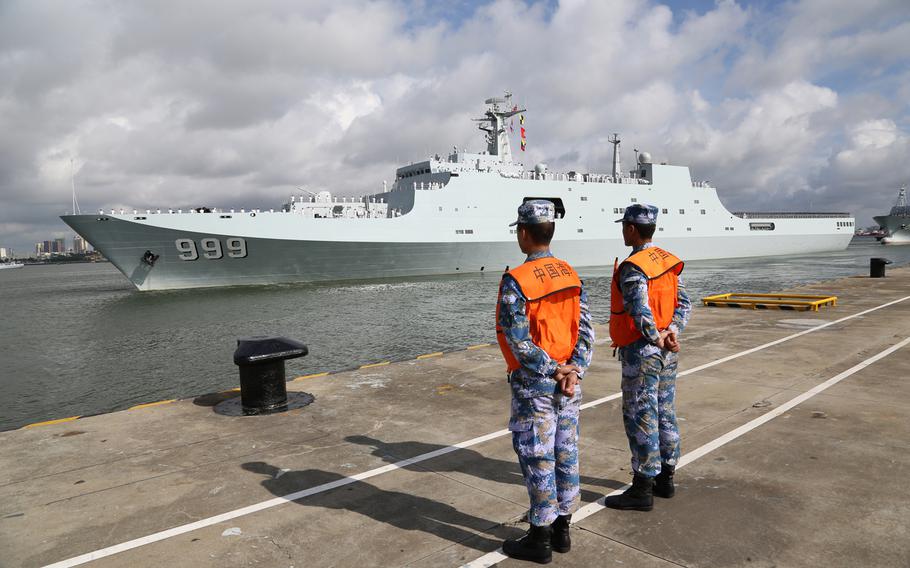 China’s military is calling for the expansion of the country’s nuclear weapons stockpile to counter what it sees as similar growth by the United States, media reports said.

While the PLA Daily said that China has enough nuclear weapons to prevent “bullying” by other nuclear powers, it needs to enhance the “strategic counterbalance in the region and maintain China’s status as a great power, and protect national security,” the report said.

The Post said the commentary was likely directed at a draft of President Donald Trump’s nuclear policy leaked in January to the Huffington Post. In that early version of the 2018 Nuclear Posture Review, the president reportedly calls for adding low-yield nuclear weapons to the U.S. arsenal to increase deterrence, with the idea that America’s current weapons are too powerful to use.

NBC News reported in October that Trump called for a “tenfold” increase in the nuclear arsenal during a meeting with high-ranking national security leaders last summer.

The review was commissioned after Trump took office, and the final form of the document is expected any day now.

Toshiyuki Shikata, a former Japan Ground Self-Defense Force lieutenant general, scholar and defense expert called China’s commentary alarming but not new; the communist state has long sought to catch up with the U.S., which has a much larger nuclear arsenal.

Shikata said China’s push for more nuclear arms may eventually lead to more active talks about Japan possessing its own nuclear weapons; however, changing the Japanese constitution to allow for offensive operations as a military deterrent and disarming North Korea are more pressing matters, he said.

Shikata believes Trump’s reported push for smaller, more-readily deployable nuclear weapons is meant as a deterrent for the Pacific and European theaters, which will help protect Japan from its nuclear-armed neighbors.

Experts across the spectrum resoundingly said this week that it is unlikely China would seek an arsenal comparable in size to that of the United States, which some estimates put at 25 times larger.burke.matt@stripes.comkusumoto.hana@stripes.com