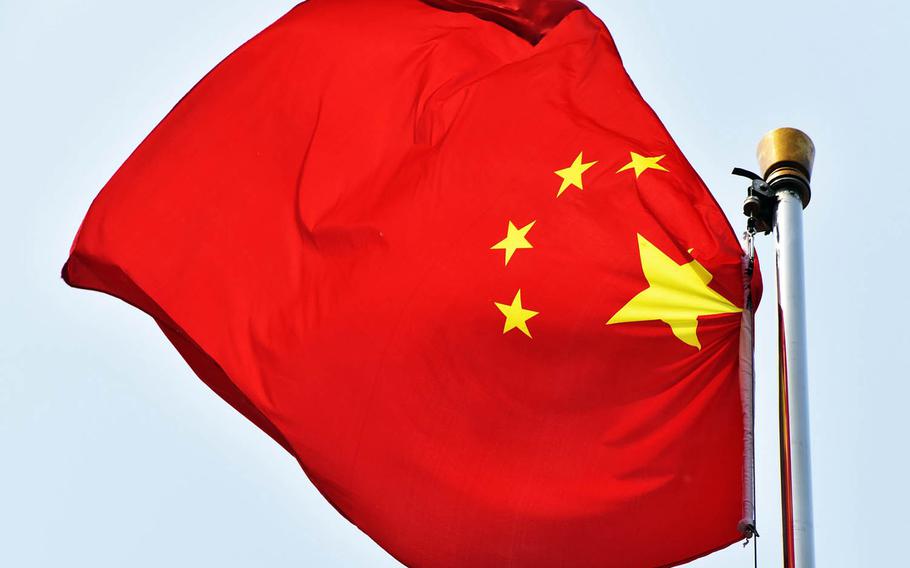 The carrier Liaoning was part of a six-ship flotilla that passed between Okinawa’s main and Miyako islands as it made its way from the East China Sea to open ocean, a spokesman for Japan’s Joint Staff told Stars and Stripes on Tuesday. The rules of his job do not allow him to be quoted by name.

Japanese officials would not say what time the ships passed between the islands; however, broadcaster NHK said it happened sometime in the morning.

“[The Japan Coast Guard and Air Self-Defense Force] will remain calm and handle the situation professionally,” he added.

The Liaoning last passed between the islands in December 2016, NHK reported.

Japanese officials have been increasingly concerned about Chinese encroachment as Beijing as modernizes its military and becomes more assertive in the region.

The number of jets Japan scrambled to intercept Chinese aircraft approaching its airspace rose 27.6 percent to 638 times in fiscal year 2018, according to the nation’s Ministry of Defense.

China has two aircraft carriers. The Liaoning is a refurbished Soviet vessel, and the “Type 001A,” the country’s first domestically produced carrier, has been conducting sea trials in recent months, according to multiple media outlets.

A third carrier is in the works, The Washington Post reported in November 2018.