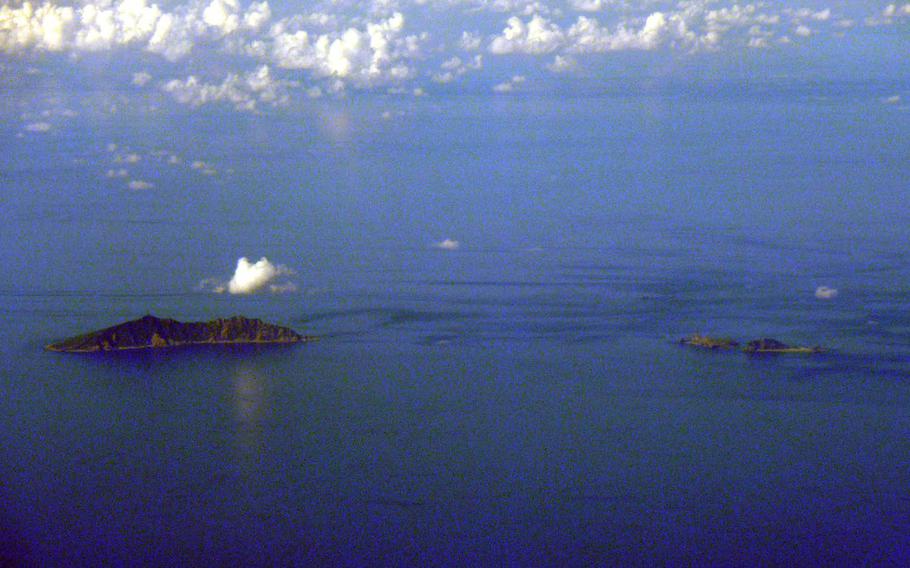 Adm. Katsutoshi Kawano, chief of staff for Japan’s forces, said most of the incidents came near the Senkaku Islands, which have been administered by Japan since the U.S. returned them, along with Okinawa, in 1972.

In recent years, China has asserted what it calls an “indisputable” claim to the uninhabited islands, which it argues should have been returned along with Taiwan following World War II.

The U.S. takes no position on any future sovereignty settlement. However, during a 2014 visit to Japan, President Barack Obama said the security alliance calling on the U.S. to defend Japan when under attack “covers all territories under Japan’s administration, including the Senkaku Islands.”

While some of the scrambles occurred after Chinese military aircraft flew within Japan’s airspace, such operations tend to happen most often as a precaution to a potential border breach.

Kawano added that Chinese aircraft and ships near the Senkakus appear to be escalating their operations, according to NHK.

Japanese responses to Chinese actions have risen annually since 2008, but jumped exponentially after Japan agreed to nationalize the once privately held islands in September 2012.

In the first quarter of 2012, Japan had responded to only 15 potential incursions.

In late 2013, China declared an Air Defense Identification Zone over the Senkakus that overlaps with Japan’s identification zone. Both nations’ aircraft are coming into contact more closely and frequently as a result, according to a report released Thursday by the International Crisis Group, an independent non-governmental group.

“A credible crisis management protocol is urgently needed to manage the increasing, unplanned contacts between their military aircraft and ships,” the report said.

The group made several recommendations, including short-term stopgaps while Japan and China work to resume talks on a permanent air and sea communication system.

“Fundamental mistrust makes true reconciliation unlikely in the near future, but there is common interest in preventing or limiting an accidental crisis that would harm the political, security and economic interests,” the report said.