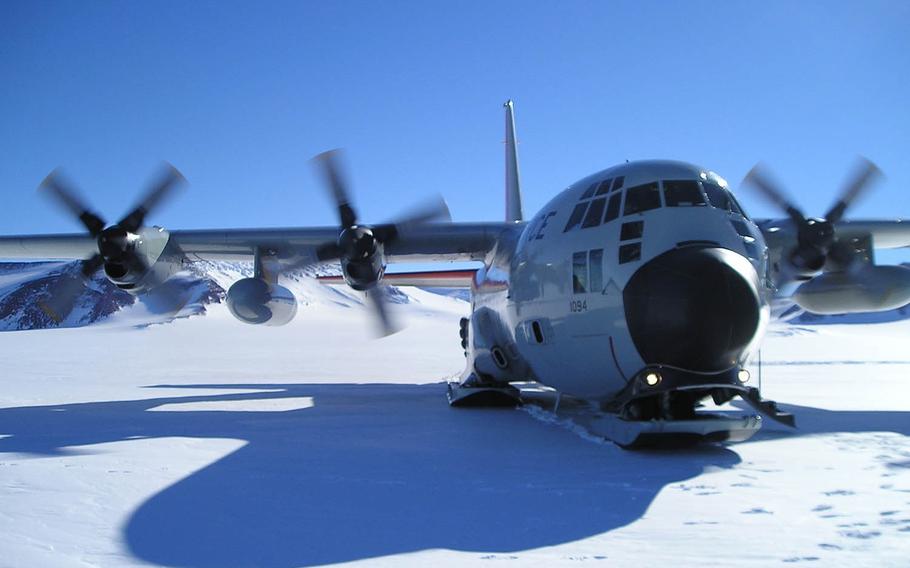 China has announced plans to build an airfield in Antarctica amid warnings that the communist nation is laying groundwork for a claim on the frozen continent’s vast natural resources.

China’s state-run Xinhua News Agency noted the effort to establish the airfield in a Monday report about an upcoming flight by the nation’s first fixed-wing polar aircraft — the Xueying 601 — or Snow Eagle.

The facility will be near Zhongshan Station, according to the agency. It’s one of several outposts China operates from in the Australian Antarctic Territory, which covers 42 percent of the continent.

The airfield should be complete in a couple of years and will be used for scientific expeditions and tourist groups, according to information from China’s Ministry of Science and Technology reported by Australia’s News Corp on Monday.

There’s no indication that the airfield will have a military purpose. However, Anne Marie Brady, an expert on Antarctica and China at the University of Canterbury in New Zealand has reported on Chinese military activities on the ice in recent months.

In September she wrote in The Australian newspaper about Chinese and Russian efforts to build their own satellite navigation networks — known as Beidou and Glonass — with Antarctic receiving stations.

“In a time of conflict, if the U.S. denied others access to GPS, China and Russia could employ Beidou and Glonass to guide strike weapons and other military operations,” she wrote.

Brady said China is steadily expanding the level of involvement of its military in the Antarctica program.

In an August report on “China’s Expanding Antarctic Interests” Brady wrote: “China has conducted undeclared military activities in Antarctica, is building up a case for a territorial claim and is engaging in minerals exploration there.”

The polar regions are new strategic territories where China would draw the resources to become a global power, she added.

“Access to resources and opportunities in these regions is essential for China’s continued growth, prosperity and political stability,” she wrote. “Antarctica — rich in resources and, from China’s perspective, with unresolved sovereignty — is extremely important to the Chinese Government.”

China will play by the rules of the Antarctic Treaty, which governs activities on the ice, for the next 20 to 30 years giving it plenty of time to prepare its capacity to assess what minerals exist there and the challenges involved in extracting them, she wrote.

Australia’s relationship with China in Antarctica is cooperative but allows for monitoring of Chinese activities on the ice, she said in a phone interview Tuesday.

“It’s a natural step in their desire to assert themselves. Antarctica is one of the areas where the big boys play,” he said.

Fifteen other nations, including the U.S. and Japan, have airfields on the continent, he said.

U.S. military personnel deploy to McMurdo Station on Ross Island to support the National Science Foundation’s research during Antarctica’s summer. New York Air National Guard LC-130 cargo planes operate out of nearby Pegasus Field and can land on skis at the South Pole and other places on the continent.

A permanent airfield would give China influence on Antarctic aviation, Glosserman said. However, he added China will need to comply with Antarctic Treaty procedures to build it.