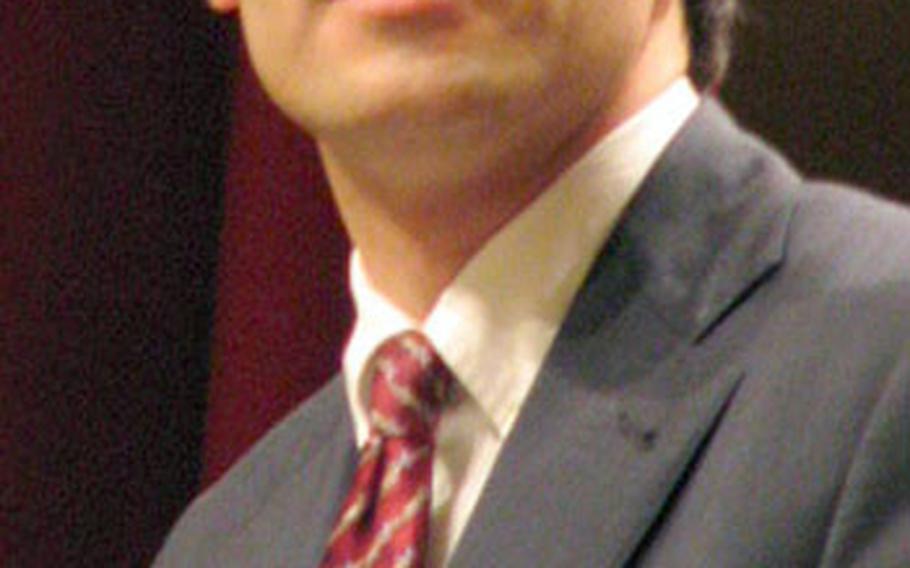 NAHA, Okinawa &#8212; One of the biggest threats to security in East Asia is something few people have thought about, says Asia expert Frank Jannuzi.

It&#8217;s not whether China will emerge as a world-class economic player on the international scene, Jannuzi told Okinawa business leaders at a luncheon Monday. &#8220;It&#8217;s what will happen if China fails,&#8221; said Jannuzi, a visiting fellow at the International Institute for Policy Studies at Keio University in Tokyo, and former staffer for Sen. Joseph Biden, (D-Del.), and chief policy advisor on East Asia for the Senate Foreign Relations Committee.

&#8220;Not enough people are thinking about the challenges we&#8217;ll all face if China should fail. The most destabilizing moment will come if China&#8217;s political stability falters, perhaps in the face of economic hardships.&#8221;

Jannuzi said the United States and Japan have to make sure China succeeds.

Jannuzi said he supports the U.S. military buildup on Guam as a means to counter any possible future threat from China and to relieve the burden of the heavy U.S. military presence on Okinawa.

The Defense Department, in an agreement last year with Japan, plans to move 8,000 Marines plus their families to Guam by 2014.

Chinese officials recently announced an 18 percent increase in military spending to $45 billion, which some experts feel is perhaps only half the actual figure.