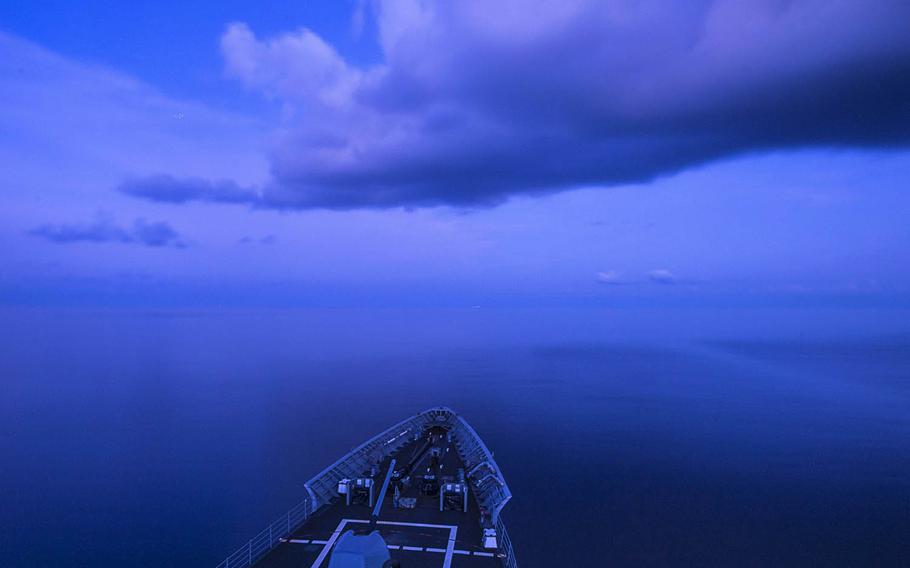 Tensions are mounting following reports that China flew long-range military aircraft near Taiwan and over disputed parts of the South China Sea at a time when President-elect Donald Trump has questioned a longstanding diplomatic agreement between Washington and Beijing.

The flights reportedly came shortly before and after Trump broke decades of U.S. practice earlier this month by accepting a phone call from Taiwan’s president, but before Trump questioned the “One China” policy that has heavily influenced relations between the U.S., Taiwan and China since the 1970s.

Although differing from China’s “One China principle,” the U.S. stance allows arms sales to Taiwan without recognizing Taiwan as a sovereign state. China considers Taiwan a breakaway province that must eventually be reunified with the mainland.

Trump said on “Fox News Sunday” that he doesn’t feel “bound by a one-China policy unless we make a deal with China having to do with other things, including trade.”

Geng Shuang, a spokesman for the Chinese foreign ministry, said Monday that Trump’s comments raised the possibility that U.S.-China relations would be “badly affected,” according to The Associated Press.

Geng said the “one China” policy was the “political foundation” of any Sino-American ties, according to AP.

Trump’s phone call with President Tsai Ing-wen is believed to be the first of its kind since the late 1970s, when the U.S. closed its Taiwan embassy and removed U.S. troops from the island.

The phone call spurred China to demonstrate a show of force, said Toshiyuki Shikata, a retired lieutenant general in Japan’s Ground Self-Defense Force and a professor at Teikyo University.

“China cannot let [Trump and Tsai] go over its head and talk to each other,” Shikata told Stars and Stripes.

Shikata said the call could be seen by other countries in the region as a projection of power and compel them to ally themselves with the U.S. over China, a move that China would feel bound to counter.

A nuclear-capable Chinese Xian H-6 bomber reportedly flew last Thursday along the Chinese-drawn “nine-dash line,” which surrounds about 90 percent of the South China Sea and includes the exclusive economic zones of Vietnam, Malaysia, Indonesia, Brunei and the Philippines.

The long-range flight was the first by a Chinese bomber along the nine-dash line since last March.

China claims the most of the South China Sea based on what it considers historical discovery, despite an international tribunal ruling this year that largely ruled such claims were without merit.

The U.S. has responded by sailing ships and flying aircraft into areas most of the world views as the global commons. At times, ships have transited nearby militarized, artificial Chinese islands, which generate no territorial seas under international maritime law.

China has taken punitive steps against Tsai since her Taiwan pro-independence party swept into power in January, according to analysts.

Beijing officials asked Washington to block Tsai from transiting through the U.S. en route to Guatemala next month, according to a Reuters report. The State Department appeared to reject the request, citing “long-standing practice,” according to Reuters.

Stars and Stripes staffer Erik Slavin contributed to this report.