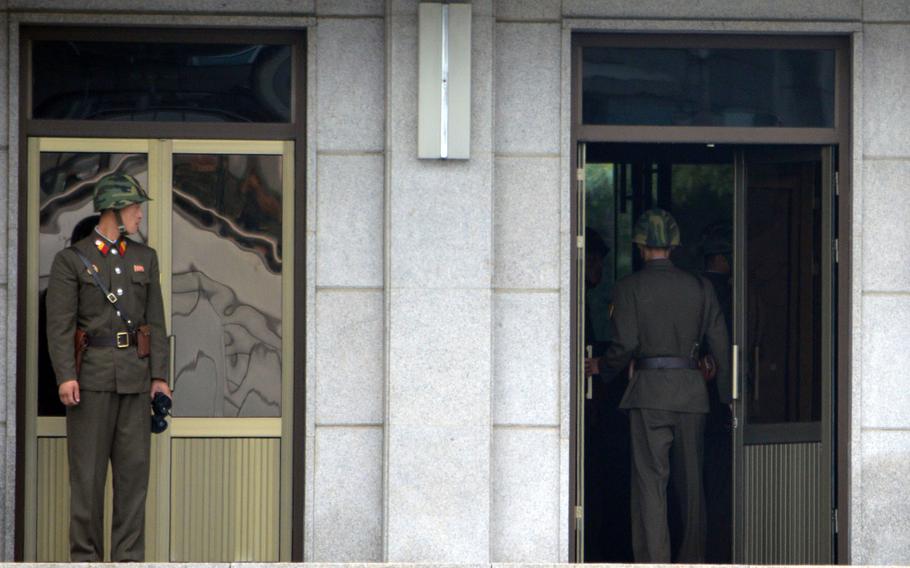 YOKOSUKA NAVAL BASE, Japan — North Korea and China criticized the United States’ human rights record after a grand jury decided not to press charges against a police officer who fatally shot an unarmed 18-year-old in Ferguson, Mo.

While China veiled its criticism Tuesday, North Korea, which is believed to run a vast network of concentration camps housing political prisoners, called the U.S. a “graveyard of human rights.”

A post on North Korea’s official news website called the U.S. a country “wantonly violating the human rights where people are subject to discrimination and humiliation due to their races and they are seized with such horror that they do not know when they are shot to death.”

“However, the incident you brought up is a case in point showing that when it comes to human rights record, there is no such a thing as perfection,” Hua told a reporter, according to an official transcript. “On human rights issues, all countries should engage in dialogue, communication and cooperation, and learn from each other to improve human rights record altogether, rather than pointing fingers at each other.”

Both North Korea and China have been severely criticized by human rights organizations and countries all over the world.

The 2013 State Department report on human rights in China cited executions without a judicial process; enforced disappearances; torture and detention of journalists, lawyers, bloggers and political dissidents; discrimination against women and minorities, and a host of other allegations.

This week, Chinese police began spraying a liquid equivalent of tear gas on pro-democracy protesters in Hong Kong, according to several media and social media reports.

U.S. and South Korean officials estimate North Korea keeps 80,000 to 120,000 people in forced labor camps for political prisoners, including children and the elderly, according to Human Rights Watch.

Freedom of movement, speech and assembly are all controlled by the government. The practice of religion is a crime, as is attempting to leave the country without official permission.

The U.S. military in recent years has prioritized upgrading its ballistic missile defense measures in the Asia-Pacific, citing North Korean work on its nuclear program.

China has also dramatically modernized its missile program in recent years to include the DF-21D, a missile designed to strike a moving aircraft carrier.