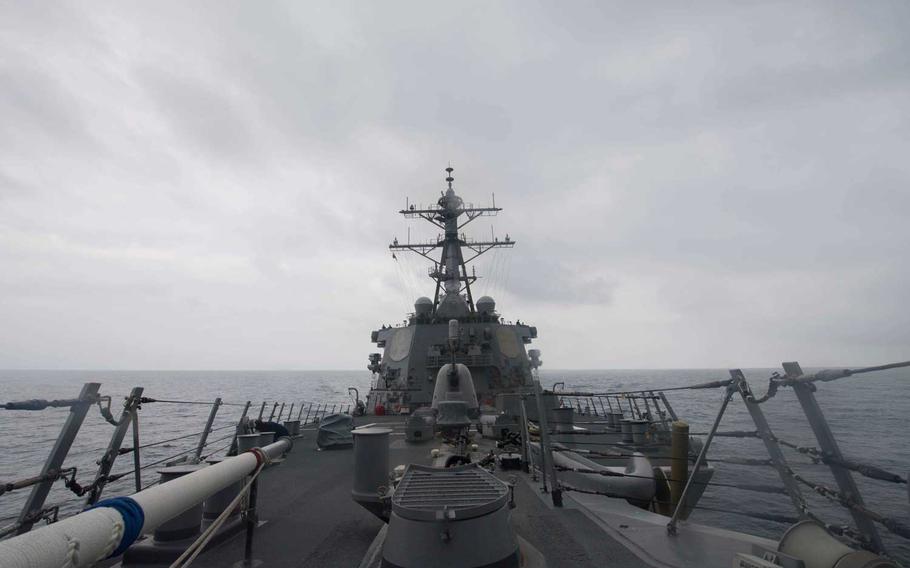 China hawks were surprised and heartened Wednesday when Rex Tillerson, nominee for secretary of state, seemed to draw a line in the sand over China’s claims and island-building in the contested South China Sea.

“We’re going to have to send China a clear signal that first, the island-building stops, and second, your access to those islands also is not going to be allowed,” Tillerson said during a marathon Senate confirmation hearing Wednesday.

Gordon Chang, a long-time critic of the policies of the Communist Party of China, described the comments as “striking” and hoped they presaged a significant change in American foreign policy toward China.

“We’ve empowered the worst elements of the Chinese political system by showing them that aggression works,” Chang said. “I think the most important point is the administration that’s coming in has a new view on China, and that view possibly can deter the Chinese.”

It’s too early to tell what what a revamped China policy under Trump would look like, but those who have been urging harder pushback during President Barack Obama’s years in the White House now see greater potential for it.

Obama’s major Asia policy has been the rebalance to the Pacific, a blend of increased military, economic and diplomatic engagement with the region. Its primary mechanism for confronting a more assertive China was to build stronger ties with allies and partner nations, often through multilateral military exercises, humanitarian aid and funding of civil engineering projects.

U.S. government officials have decried China’s efforts in the past couple years to enlarge small atolls in the Spratly Islands to make way for airstrips and military installations. The U.S. military response has been limited to so-called “freedom of navigation” patrols that pass through the Spratlys by sea and air.

“Tillerson is going to adopt a much tougher stance,” said Mohan Malik, an Asia expert with the Asia-Pacific Center for Security Studies in Honolulu.

CEO of ExxonMobil since 2006, Tillerson is no stranger to the disputes surrounding islands in the South China Sea. About seven years ago the company made a deal with Vietnam to drill for natural gas in some areas of the South China Sea to which China has made claim. The company took heat from China for doing so.

Malik said Tillerson’s approach, taken together with Donald Trump’s repeated call for expansion of the Navy to 350 ships and an early overture toward Taiwan, “could be interpreted as Rebalance 2.0.”

In addition, Trump’s choice to lead the new presidential office of U.S. trade and industrial policy is Peter Navarro, a radical China hawk who has authored books such as “The New Heart of Darkness: The Yoke of Chinese Imperialism in the 3rd World,” “Death by China” and “The Coming China Wars.”

Last month, the Center for Strategic and Budgetary Assessments, a Washington, D.C., think tank, suggested a new approach in “Countering China’s Adventurism in the South China Sea: Strategy Options for the Trump Administration.”

“The Chinese are now close to claiming effective sovereignty over the South China Sea, one of the world’s most important strategic waterways,” he wrote. “They have by far the largest military, coast guard and maritime militia presence in the region; they are deploying strong surveillance, anti-air, anti-shipping and strike forces onto the artificial islands they occupy; and they are actively intimidating other parties in the area.”

Babbage argues that the Trump administration and other Western governments need to recognize that the current approach in dealing with China in the South China Sea “has failed to thwart China’s territorial expansion” and “effectively ceded control of a highly strategic region” through a “process of incremental capitulation.”

Babbage calls for a policy with a number of clear goals:

• A Chinese commitment to halt expansion in the South China and East China seas.

• Acceptance by Beijing of the UN Permanent Court of Arbitration’s findings on the South China Sea.

Among the key strategic elements in achieving those goals are exploiting China’s weaknesses, channeling China’s attention and resources into areas that are least threatening, inducing China’s leaders to recalibrate their own goals by imposing “unforeseen new penalties or categories of cost,” garnering support for the strategy from all major political parties in allied nations and setting clear “no-go” lines that, if crossed by China, would result in early and “potent” responses.

This approach dovetails with Tillerson’s implication Wednesday that China’s actions are the fault of U.S. policy.

“The failure of a response has allowed them just to keep pushing the envelope on this,” he said.

For China hawks, that’s an assumption beyond question.

“This is just a consequence of Washington relentlessly pursuing optimistic and unrealistic policies,” Chang said. “There are now no no-cost solutions.”

But proponents of the current approach say there’s no way to confirm that supposition.

“My point is a basic one about correlation and causation,” Sam Roggeveen, a fellow with the Lowy Institute in Australia and a former strategic intelligence analyst, wrote after hearing Tillerson’s testimony.

“We can’t know that US behaviour has been interpreted in Beijing as deferential, and even if it was, we don’t know that this influenced China’s behaviour,” he wrote.

Chang ticks off a litany of Chinese acts of harassment on U.S. Navy ships in the South China Sea for which Beijing faced little consequence: two Chinese ships blocked the USNS Impeccable in 2009, the USNS Victorious was badgered a few years later, a Chinese vessel tried to force the guided missile warship USS Cowpens to stop in 2013 and last month a Chinese ship seized a U.S. underwater drone.

A more confrontational policy, however, would be happening with the backdrop of an economic slowdown in China just as President Xi Jinping has clamped down on civil society and emerged as the most powerful strongman since Mao Zedong, Malik said.

“Internationally, at a time like this, [Xi] cannot look weak, so China will undertake some countermeasures,” Malik said. “China reacts to every move the U.S. makes so you expect strong, harsh reaction.”