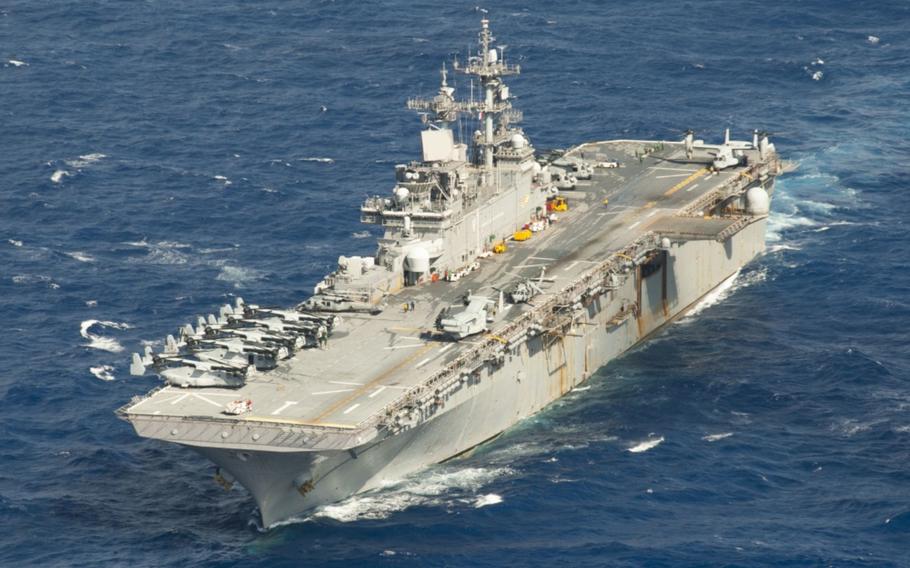 Beijing has denied a U.S. port visit to Hong Kong amid trade tensions and sanctions, according to a Tuesday Wall Street Journal report.

The USS Wasp was planning to make a port call to Hong Kong next month, but unnamed military officials told the Wall Street Journal on Monday that Chinese officials rejected the Navy’s request.

The denial comes a day after the U.S.’s new 10 percent tariffs on $200 billion of annual Chinese imports went into effect Monday. The U.S. also recently issued sanctions on China after discovering the country had bought fighter jets from Russia and a surface-to-air missile system.

The Navy regularly sends its ships on patrols through the South and East China seas to maintain freedom of navigation through the international waters that China attempts to claim. The country is militarizing reclaimed land in the seas and regularly disputes the sovereignty of islands in the region.

China also rejected a Navy carrier strike group’s request to make a Hong Kong port call in 2016, the Pentagon said at the time. That act was rumored to be China’s response to then-Defense Secretary Ash Carter and then-Philippines Defense Secretary Voltaire Gazmin cruising in the South China Sea on the USS Stennis strike group. China and the Philippines were disputing the sovereignty of land masses in the South China Sea at the time, Stripes reported in 2016.