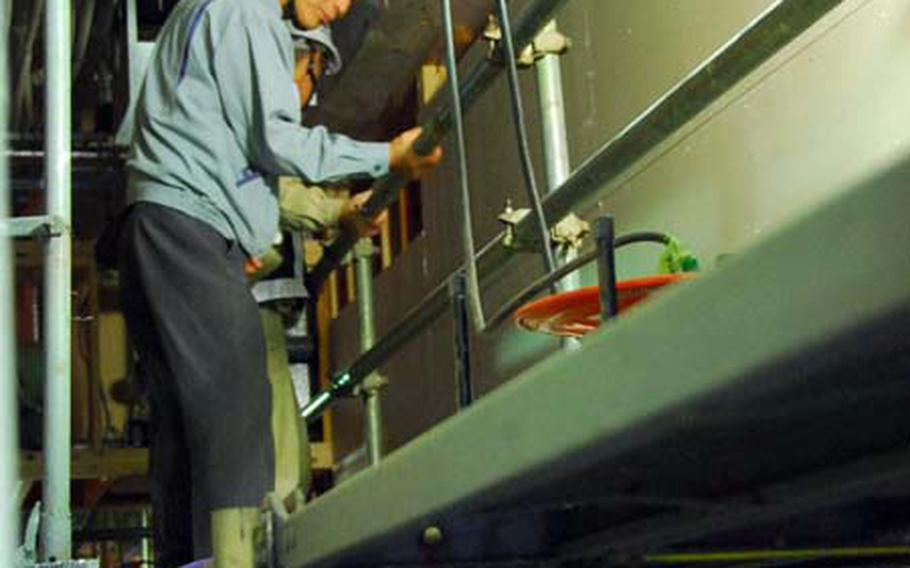 With construction under way, the long-awaited restaurant is expected to open this fall at Sasebo Naval Base, according to base Morale, Welfare and Recreation.

The franchise has yet to announce an opening date, MWR officials said.

The space was a maze of scaffolding and boards and was buzzing with Japanese contractors on Monday.

Congress approved $1.75 million in December 2007 to remodel the space below Galaxies, which was an old parking garage, into the popular American restaurant.

The project was delayed by the slow release of the federal funding and the contracting process, but construction work eventually began in December.

Chili&#8217;s, with its casual dining and Tex-Mex-style food such as chipotle fried chicken and margaritas, will fill a dining gap at Sasebo between the more upscale Harbor View Club and several fast-food restaurants.

Construction is to be finished in April, then Chili&#8217;s will begin to move into the building, MWR director Scott Poluhowich said in an e-mail to Stars and Stripes.

Heating equipment, utility lines and a fire suppression system must be added to the former parking garage before it can support a restaurant operation.

"Once the facility is done, we then will be installing equipment for the kitchen, point of sale registers, etc.," Poluhowich said. "We are awaiting a final timeline from Chili&#8217;s but we expect to be open this fall."

The base is paying for the renovation and then will share profits with the restaurant once it opens, MWR officials said. That money will be used to help fund MWR programs and facilities, they said.

The restaurant chain is popular at U.S. bases in the Pacific.

Yokota Air Base in Japan is expecting a Chili&#8217;s being built there to open this summer.