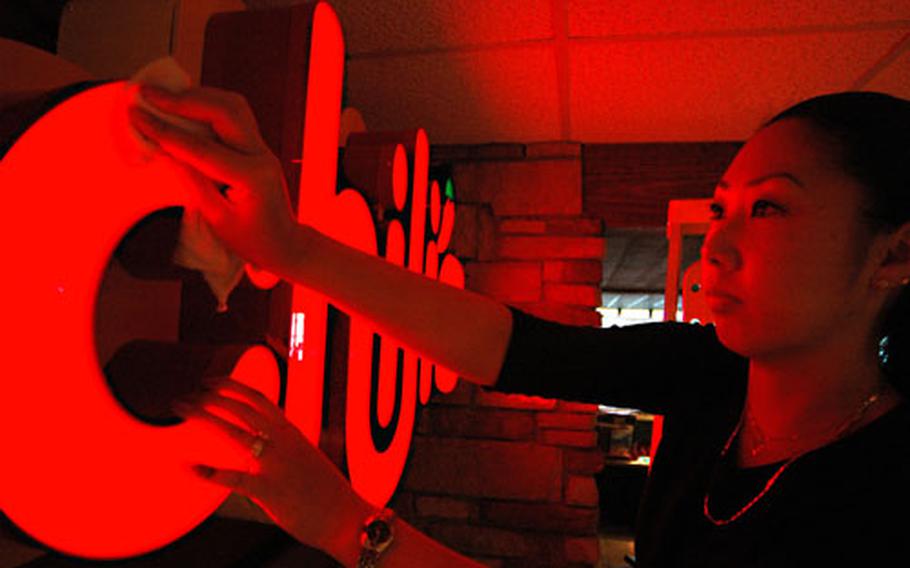 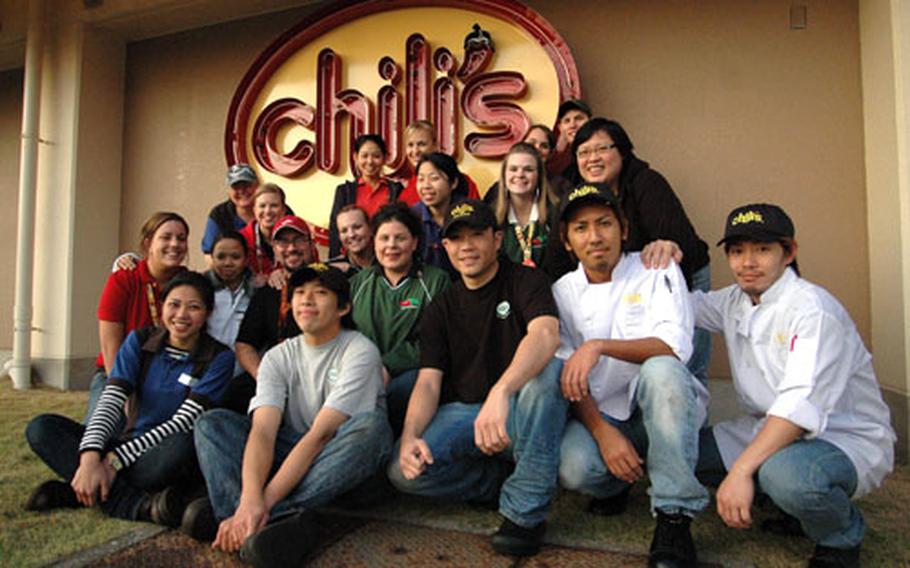 YOKOSUKA NAVAL BASE, Japan &#8212; Yokosuka&#8217;s long-awaited Chili&#8217;s Grill and Bar will open Monday, but Friday the place already was buzzing with excitement.

All weekend long, the restaurant and staff were to be put through their paces during three days of &#8220;role playing,&#8221; serving real food to real customers under real working conditions, said David Ko, Chili&#8217;s director.

The invitation-only event is designed to test the interaction between customers and wait and kitchen staff under real but controlled working conditions, Ko said. About 20 trainers were flown in from around the world to assist.

Ko said he is counting on a winning combination of food and service to make the establishment a local favorite. Chili&#8217;s will offer the same menu as its stateside restaurants.