Chilford Hall Vineyard: Wine with a taste of England 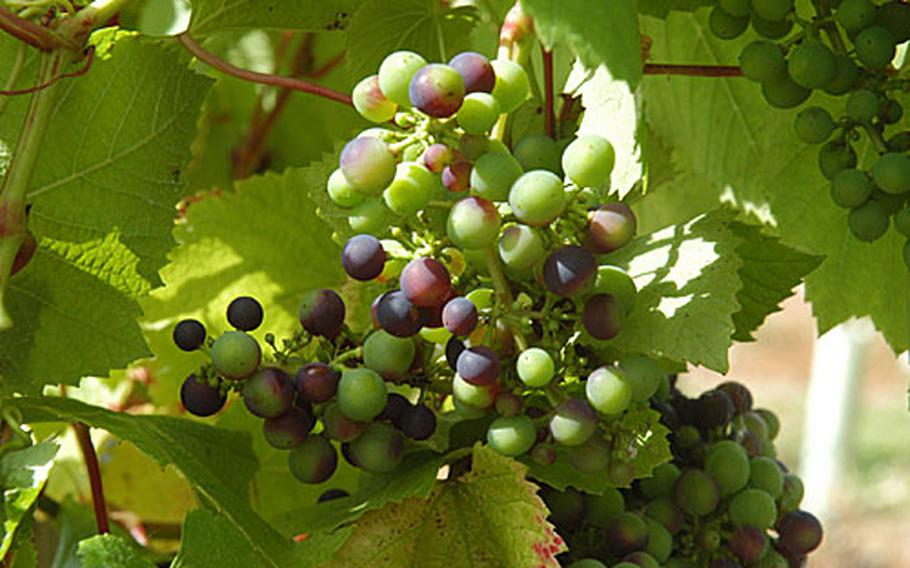 Rondo grapes ripen on the vine at the Chilford Hall Vineyard and Winery. The little guys will become the light, sweet and bubbly rose that has won the vineyard accolades. (Geoff Ziezulewicz / S&S)

Rondo grapes ripen on the vine at the Chilford Hall Vineyard and Winery. The little guys will become the light, sweet and bubbly rose that has won the vineyard accolades. (Geoff Ziezulewicz / S&S) 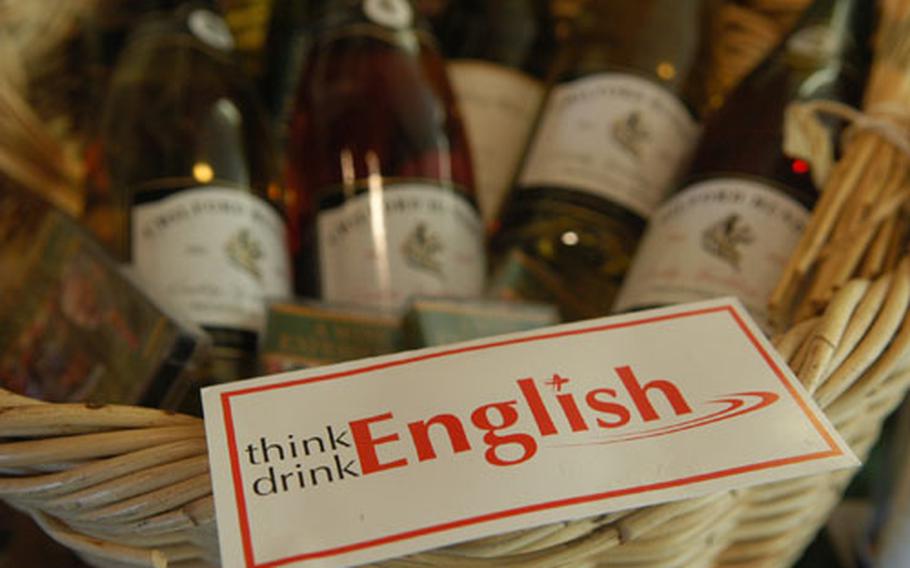 The Chilford Hall Vineyard and Winery produces its own wines in East Anglia. (Geoff Ziezulewicz / S&S) 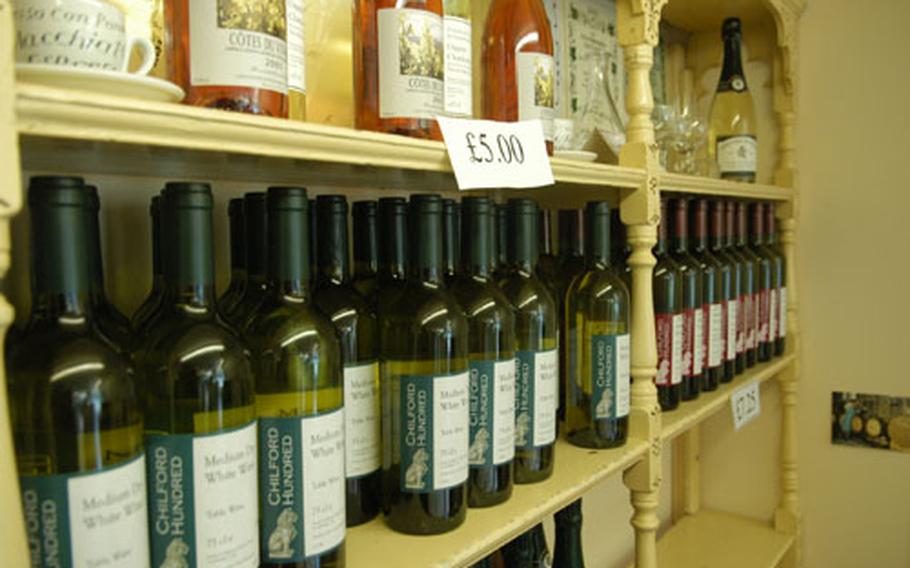 Believe it or not, English winemaking is a growing industry, and the vintners at the Chilford Hall Vineyard and Winery want to get the word out on the white wines they are producing. (Geoff Ziezulewicz / S&S)

What do vacations to Italy, Greece, Spain and France all have in common? Among other things, they often include a refrain along the lines of, &ldquo;I can&rsquo;t wait to drink the wine,&rdquo; or &ldquo;The wine is so good there,&rdquo; or maybe &ldquo;No, that police officer doesn&rsquo;t want any of your wine. Go back to your room.&rdquo;

But believe it or not, you don&rsquo;t have to go to the Continent to get quality vintages. Would you believe that some nice varieties are produced here in soggy England? It&rsquo;s true, and the Chilford Hall Vineyard and Winery, about a 20-minute drive from RAFs Mildenhall and Lakenheath off the M11, is working to raise the isle&rsquo;s profile when it comes to the local production of such ambrosial nectar.

Not surprisingly, mildew and fungus are the main antagonists to a quality English wine, according to Mark Barnes, the winemaker and vineyard manager at Chilford.

Still, the growing conditions largely mimic certain regions of Germany, while the soil conditions are similar to those found in the Champagne region of France. Vines at Chilford are positioned to make the most of the English sun when it comes out in the summer.

The results are some pretty good bottles. Though you won&rsquo;t find any reds just yet, Chilford holds its own when it comes to dry and medium-dry white varieties. It also produces an award-winning sparkling ros&eacute;, whose 2002 vintage was named East Anglian Wine of the Year this summer by the East Anglian Wine Growers Association. It&rsquo;s a slightly sweet, bubbly affair that&rsquo;s light as a preciously rare sunny day here in England.

&ldquo;English wines at the moment are a hot topic,&rdquo; Glen Mejias, general manager of the vineyard, said.

It sits on a pastoral piece of ground in the middle of an English countryside, with tours and wine-tasting available. The wine is decently priced as well, starting at about 6 pounds a bottle.

Believe it or not, winemaking in England is not a new endeavor.

According to Barnes, English winemaking goes back centuries. Romans originally brought vines to the isle, and the plants were cultivated even after the Romans left.

The vineyard was laid out in 1972 by Sam Alper, who founded the Little Chef chain of roadside restaurants.

Some locals don&rsquo;t even realize that wine is produced in the area, Barnes said.

&ldquo;English wine producers need the support of the local people,&rdquo; he said.

And as the intricacies of wine-producing are adapted and evolve, don&rsquo;t be surprised to see different bottles on the shelf of the gift shop in a few years.

&ldquo;I might even get a pinot grigio here one day,&rdquo; Barnes said.