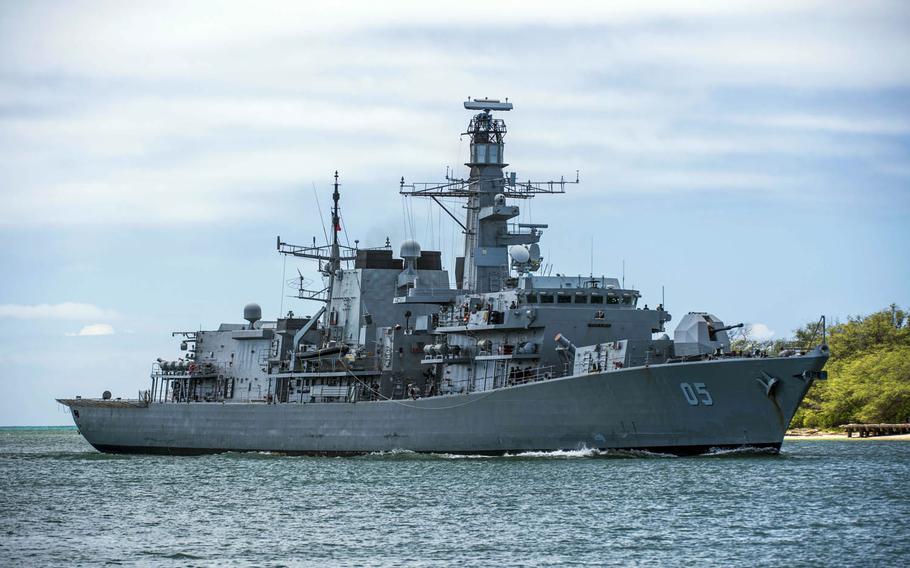 Chile will command the combined-forces sea component for next year’s Rim of the Pacific, making it the first non-founding member of the world’s largest maritime exercise to do so.

“The Chilean navy earned this responsibility through years of observation, participation, mastery and leadership at RIMPAC,” said Adm. Scott H. Swift, Pacific Fleet commander, in a speech this week at the Chilean Naval War College in Valparaiso, Chile.

Command of the maritime forces for the two-month, biennial exercise – first held in 1971 – had alternated among the U.S., Australian and Canadian navies.

“At RIMPAC, I had several positive interactions with Cochrane’s commanding officer and was especially impressed by his crew’s seamanship,” Swift said.

Swift added he has “every confidence” in the Chilean navy’s ability to lead. Such leadership is needed in the region, he said, because “one of the most pressing challenges naval leaders face in the Pacific Rim is the potential erosion of the rules-based system.”

Without mentioning the country by name, Swift criticized China for “bullying” with its assertive claims over much of the South China Sea, where it has been dredging sand to create artificial islands. It has built airstrips and facilities on the land, developments that U.S. officials have called militarization.

“It’s my sense that some nations — and the naval forces, coast guards and militia under their command — view the international laws that underwrite that system as up for grabs, especially at sea,” Swift said. “They see opportunities to impose national laws in international space, to pile coral sands on rocks in contested waters, and to build fortifications designed to control and coerce – projecting national power into international seas and skies with what are dubious intentions in the minds of many.”