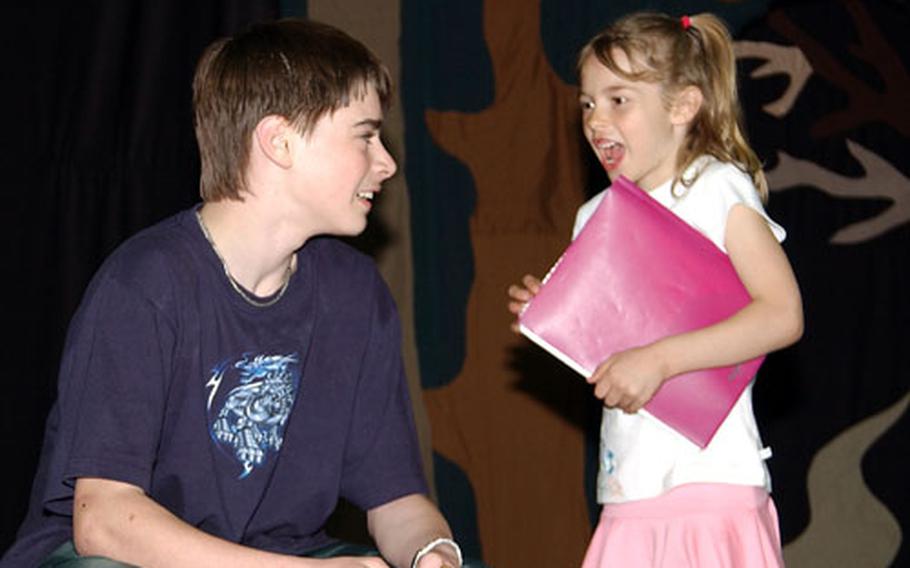 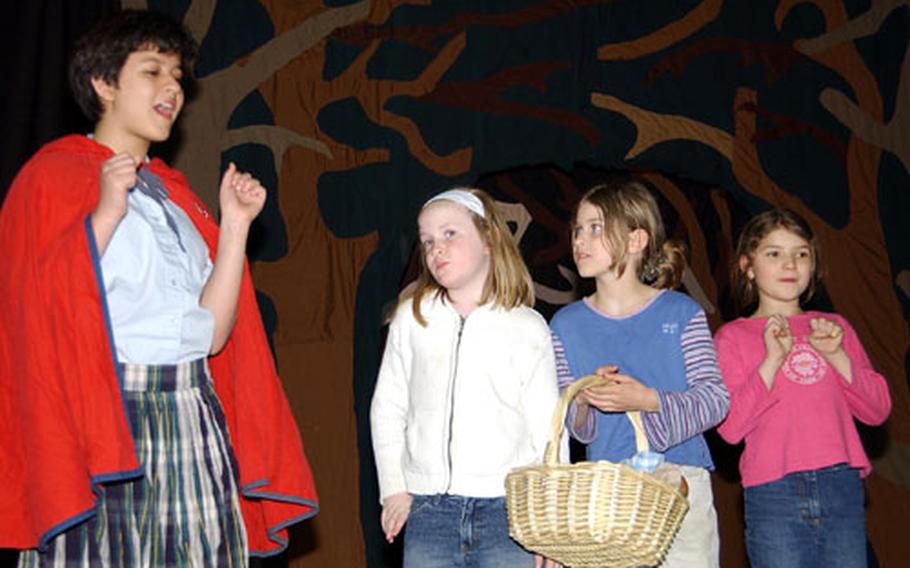 The Missoula, Mont.-based troupe, with the help of local children, is producing &#8220;Red Riding Hood&#8221; throughout April and May at military communities in Germany. Last week, it had teams in Wiesbaden and Stuttgart.

This version of &#8220;Red Riding Hood,&#8221; developed specifically for the Missoula group, adds some new twists to the old fairy tale. It introduces Robin Hood as Red Riding Hood&#8217;s cousin, and the Big Bad Wolf as the wrongly accused.

During the year, the theater will send out 27 teams to coordinate approximately 900 performance workshops for more than 55,000 young performers in all 50 states, Canada, Europe, South America and Asia.

The formula is the same for each workshop: Auditions and cast are selected on Mondays, with rehearsals beginning immediately and continuing each day from 3:30 to 8 p.m. until Saturday, when the curtains rise for family and friends to see the final results.

In Wiesbaden, 116 children in kindergarten through 12th grade auditioned on Monday.

With only 55 slots for performers and student directors, it was a daunting task, said tour actor/directors Melissa Deutsch and Heather Heintz.

For many of the performers, acting in past Missoula productions has helped them get over their stage fright. For example eighth-grader Lilah Solo, who played Red Riding Hood, had a small part in last year&#8217;s production of &#8220;Sleeping Beauty.&#8221;

Events that bring military families together, such as the Missoula Children&#8217;s Theater, are important now more than ever, Heintz said. Theater can help to take children&#8217;s minds off a deployed mom or dad or fitting into a new school, she added.

There are several remaining stops on the tour, sponsored by Morale, Welfare and Recreation: Mannheim and Illesheim, Monday through Saturday; Babenhausen and Kitzingen, April 26-May 1; Baumholder and Schweinfurt, May 3-8; Giessen, May 10-15; Hanau and Hohenfels, May 17-22; and Bamberg and Vilseck, May 24-29.