Child-safety devices in British cars now required to have EU or U.K. stamp 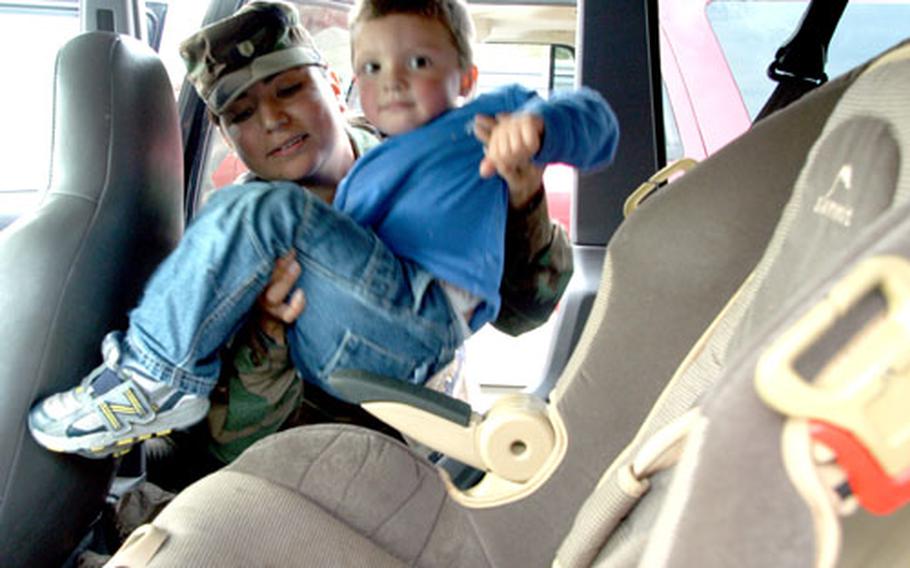 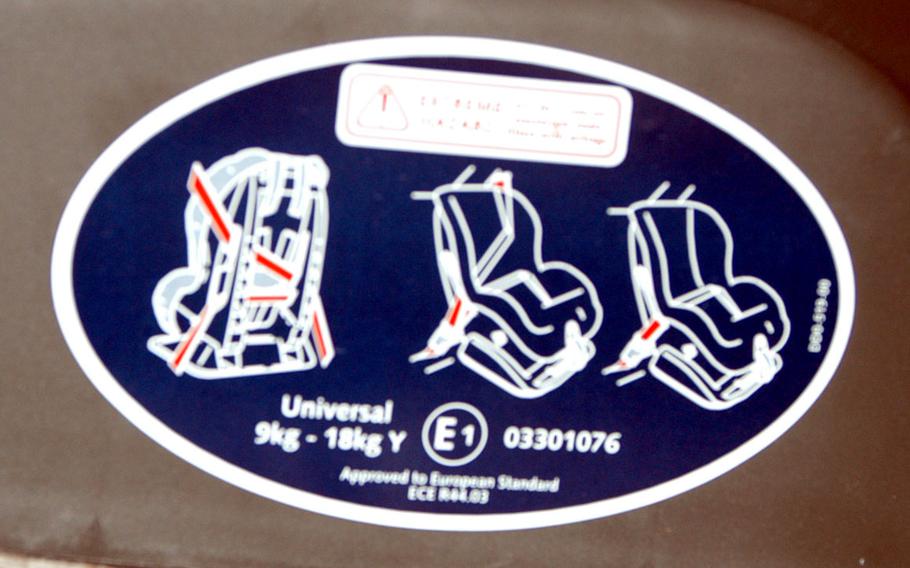 RAF MILDENHALL &#8212; Janet Niemi is one of the fortunate parents. Sort of.

She had to make an unplanned trip to the British market two weeks ago to pick up a new British-specification child safety seat for 60 pounds ($112) to comply with stricter British requirements.

But Niemi stayed ahead of other parents who may not have a new child seat this week. A law took effect Sept. 18 that strengthens already rigid statutes on children&#8217;s safety in vehicles.

Niemi, a program technician at the RAF Mildenhall Child Development Center, learned about the new law two weeks ago from her boss, RAF Mildenhall CDC director Anita Grant, who briefed the staff and led a campaign to inform parents.

The British Department of Transport now requires all car safety seats to have a European Union or U.K. stamp of safety. The U.S. stamp of safety approval no longer fits the bill.

There are only minor differences between U.S. and E.U. car seat standards, according to the National Highway Traffic Safety Administration. All child restraint manufacturers now build seats that exceed the safety standards for both the U.S. and the E.U.

U.S. military members driving American-spec cars in the U.K. apparently are exempt from the new law. The 16th Air Force legal office issued a directive to base commanders that it was only applicable to British specification cars.

The change has led scores of parents to their local baby superstores to buy a new child seat.

Dozier already has a British-spec seat in her British car, but Staff Sgt. Jason Hamilton, 26, of Phoenix, doesn&#8217;t.

The problem has been compounded by the fact that the 16th Air Force released the information the first week of September. The Department of Transport ran a media campaign to raise awareness of the new law, but many people were surprised to learn of the change.

Alexis Harris, a British woman married to an Air Force noncommissioned officer, was unaware of the change.

The new statute also says all children standing less than 4 feet, 5 inches or if they are younger than 12, must use a booster seat in the car.

Grant said the new law will occasionally affect the CDC.

166Number of children killed in car accidents in the U.K. each year

3,739Number of children injured in car accidents in the U.K. each year

2,000Estimated number of casualties to children avoided by new law