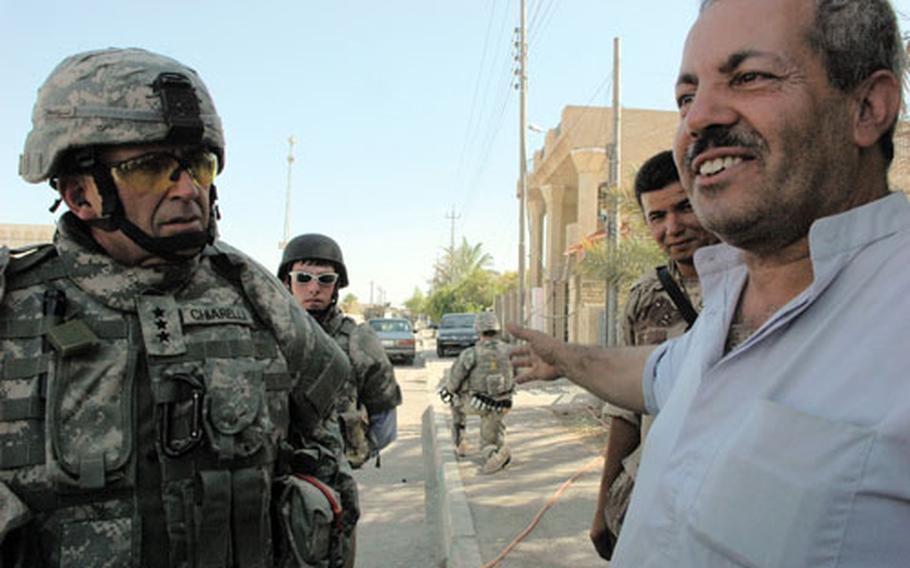 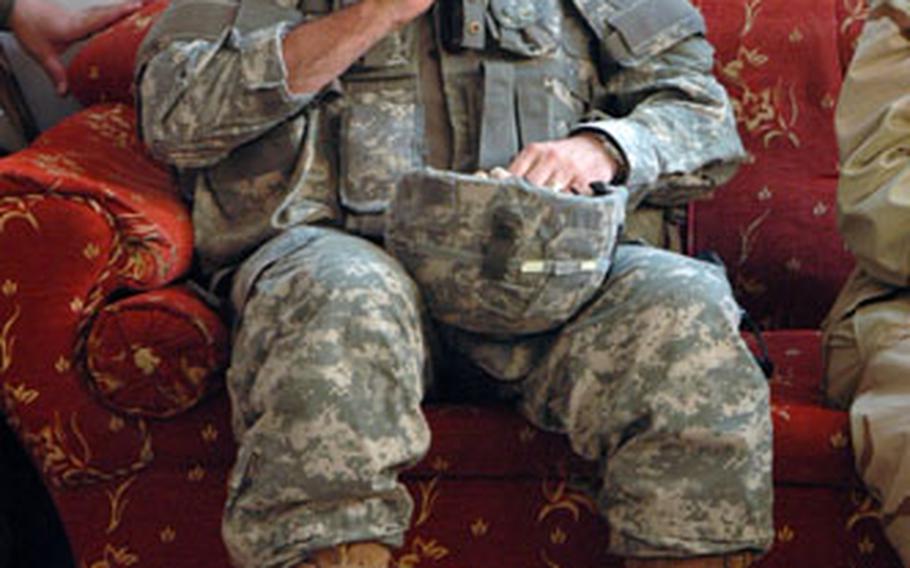 BAGHDAD &#8212; A top U.S. general toured one of Baghdad&#8217;s roughest Sunni neighborhoods Thursday to view the effects of a recent operation aimed at reducing sectarian fighting, urging commanders to improve quality-of-life issues for locals and resist feeding into sectarian divisions.

The tour included stops at an Iraqi army office, a local police station, a sewage project and a decrepit, shuttered strip mall where shopkeepers outnumbered customers.

At times blunt in his questioning of troops and people they met, Chiarelli said he believes &#8212; as he did in 2004, when he commanded the 1st Cavalry Division in Baghdad &#8212; that restoring essential services will improve security. To that end, he advised battalion commander Lt. Col. Van Smiley to improve quality of life in the area.

At the Ghazaliya police station &#8212; a frequent target because the police force is almost entirely Shiite, and is known to have been infiltrated by the Shiite Mahdi Army militia &#8212; Chiarelli listened as police transition team member 2nd Lt. Jeff Salzano described the situation.

Over half of the police station&#8217;s cars were rendered inoperable by roadside bombs, attacks or bad driving; the police chief does double-time as a Mahdi Army commander; and police patrols can&#8217;t go anywhere without security from U.S. or Iraqi army forces, as the people don&#8217;t trust them, he said.

But Chiarelli vehemently opposed a plan to bring in Sunni policemen to quell the suspicious locals.

At a nearby construction site, some locals said a recent military operation dubbed Operation Together Forward to clear the area of sectarian violence had been successful.

Others were less optimistic.

Unsurprisingly, many locals professed fear of the Mahdi Army. The militia, locals and American officials say, has infiltrated many sectors of Iraqi government and is a known provocateur of sectarian violence. However, the Shiite-run government has not publicly condemned the militia.

When Chiarelli asked Ghazaliya resident Abdul Qadr what Iraqis needed most, the 55-year-old engineer made a most unusual request.