Chiarelli: Key to victory in Iraq rests outside military 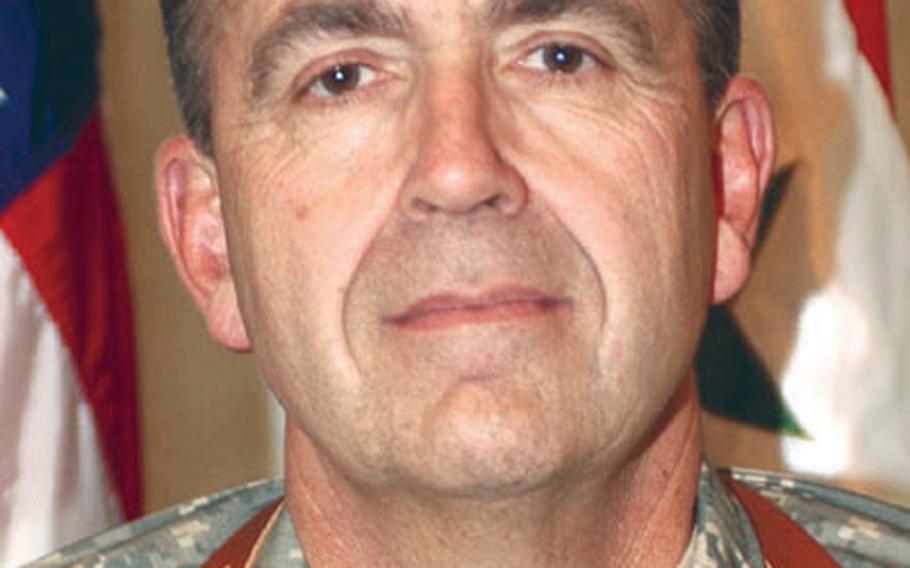 &#8220;I happen to believe that we have done everything, militarily, we possibly can,&#8221; Lt. Gen. Peter Chiarelli, Commander Multi-National Corps &#8211; Iraq, told Pentagon reporters during a video interview from Samarra, Iraq.

When asked to comment on the Iraq Study Group&#8217;s recommendation that military commanders should try to remove most U.S. combat forces from Iraq by the first quarter of 2008, Chiarelli said he has not yet read the details of the report and couldn&#8217;t comment.

&#8220;I still believe the mission can succeed if the proper resources are brought to bear [to] the issues at hand,&#8221; said Chiarelli, who is on his second tour of Iraq and is nearing the end of his assignment.

Instead, &#8220;the proper political pieces must be in place in order for any of the military economic or social initiatives to take hold or to flourish.&#8221;

Convincing the Iraq government to hold provincial elections in 2007 &#8212; or even just announce a date for such elections &#8212; is &#8220;absolutely critical&#8221; to nipping sectarian unrest in the bud, Chiarelli said.

The reason the elections would be helpful is because Sunnis largely boycotted the January 2006 elections, which led to &#8220;an over-representation of Shias&#8221; in many provincial councils. New elections could make local governments more representative.

Chiarelli said his staffers have constructed computer modeling programs to compare the effect employment could have on reducing violence, and &#8220;a very small improvement could have a tremendous impact on the violence in and around Baghdad,&#8221; the three-star said.

Meanwhile, U.S. troops will continue &#8220;to look the devil in the eye every day&#8221; and do their best to keep the situation in Iraq under control, Chiarelli said.

But the question that should be asked about U.S. troops in Iraq is, Chiarelli said: &#8220;In the absence of our efforts, how much worse would it be?&#8221;

The solution to the situations in those two countries will require political and economic activity as part of a &#8220;three-legged stool&#8221; approach, he said.