Cherry blossoms are out in Japan, S. Korea Tokyo's Ueno Park is among the most famous - and popular - places to see the cherry blossoms. Share your pictures with us by emailing tibbetts.meredith@stripes.com. Photographs may be used in print and on the web. By submitting content, you are granting Stars and Stripes a non-exclusive license to use your content in its newspaper, in print or in digital format, or in any other commercial manner of its choosing. You further warrant that you own or control the copyrights to the content (text and/or image) you are submitting and that its republication by Stars and Stripes will not violate the intellectual property rights or privacy/publicity rights of any third party. (Stars and Stripes) 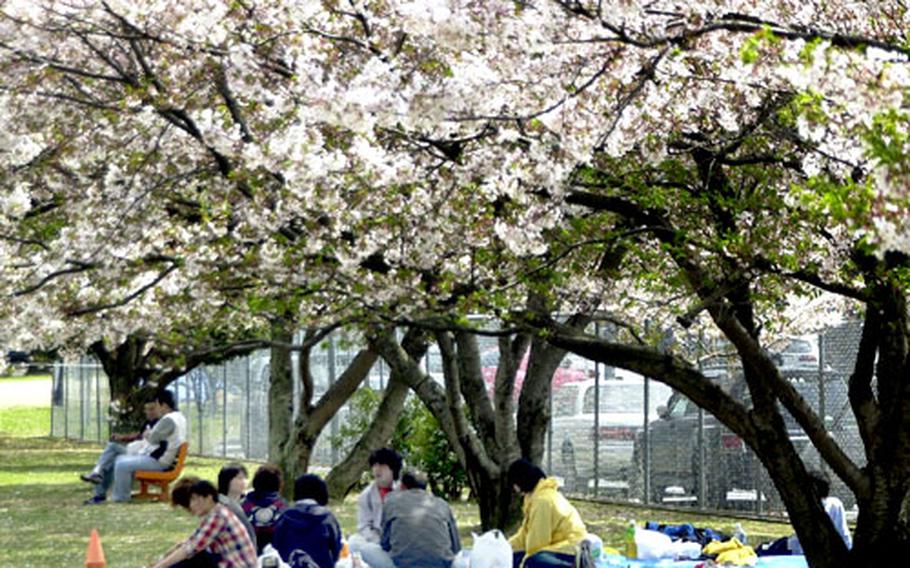 At Sasebo Park, next to Sasebo Naval Base&#39;s Nimitz Park, hundreds of people took advantage of Sunday&#39;s fine weather to spend the afternoon outside among the trees. (Greg Tyler / S&S) 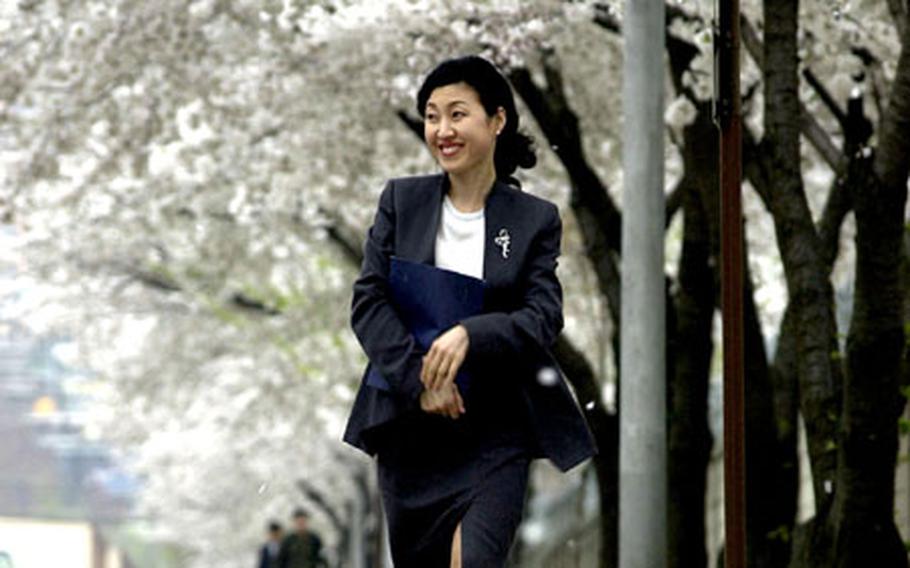 A young family walks under a canopy of blossoming cherry trees near Sasebo Naval Naval Base during a previous bloom. (Greg Tyler/Stars and Stripes)

If you want to know if spring has arrived in Japan or South Korea, just look to the cherry blossoms.

In Japan, this is a seasonal rite, akin to first robins and tossing out the first pitch. Those who like to search out symbolism say the fragile, pink-tinged white blossoms reflect traditional Japanese values of purity and simplicity. Less poetic types say they just look pretty. Still others say they&#8217;re a great excuse for one of the year&#8217;s first outdoor parties.

Whatever they&#8217;ve become, they&#8217;re considered an icon of Japanese culture.

Sasebo Naval Base servicemembers and their families flocked to Sasebo City Park and Nimitz Park to picnic, walk their dogs or just stroll, holding hands.

But to the south in Okinawa, cherry blossoms are a case of &#8220;been there, done that.&#8221; Other parts of Japan may be celebrating spring, but Okinawa was looking downright summer-ish.

Naminoue Beach in Naha was the first public beach on Okinawa to officially open Sunday. About 80 children, residents and tourists enjoyed their first saltwater bath of the year, albeit a cold one.