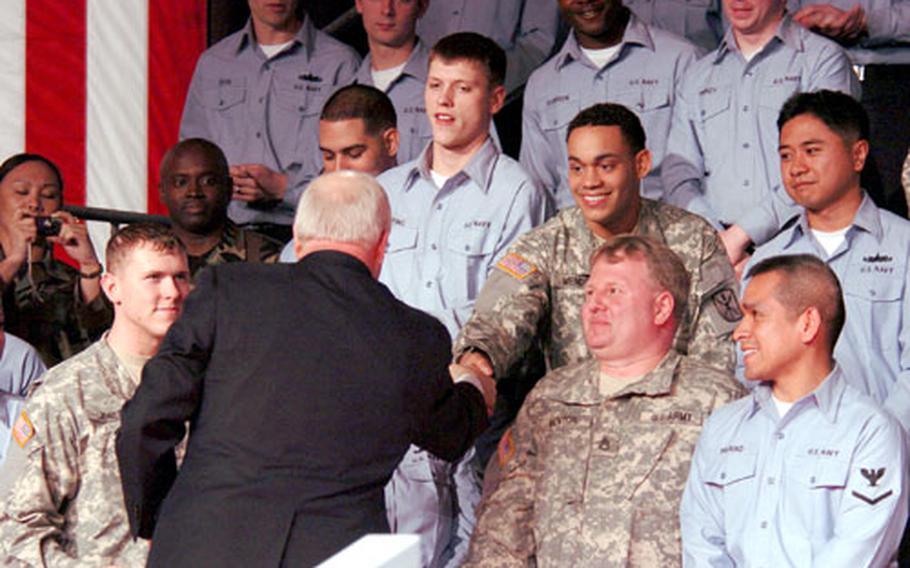 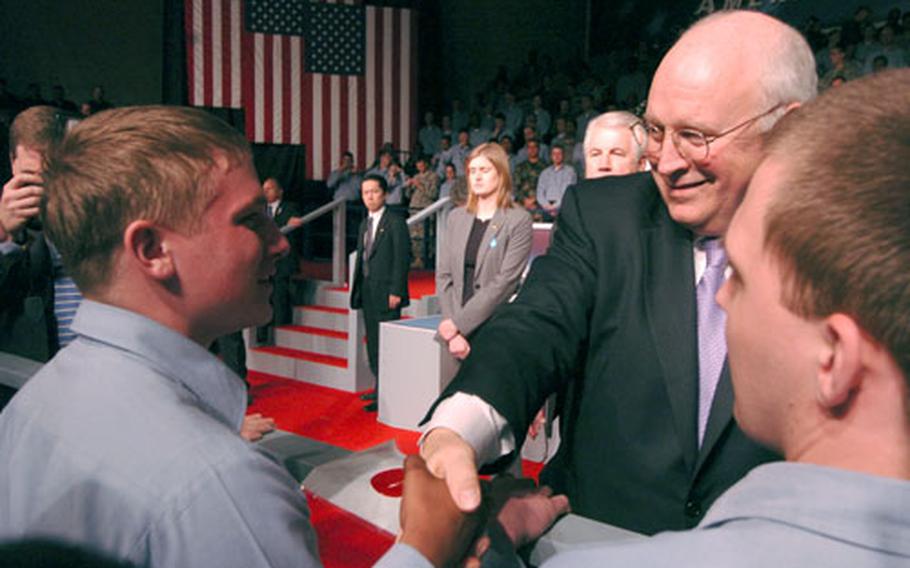 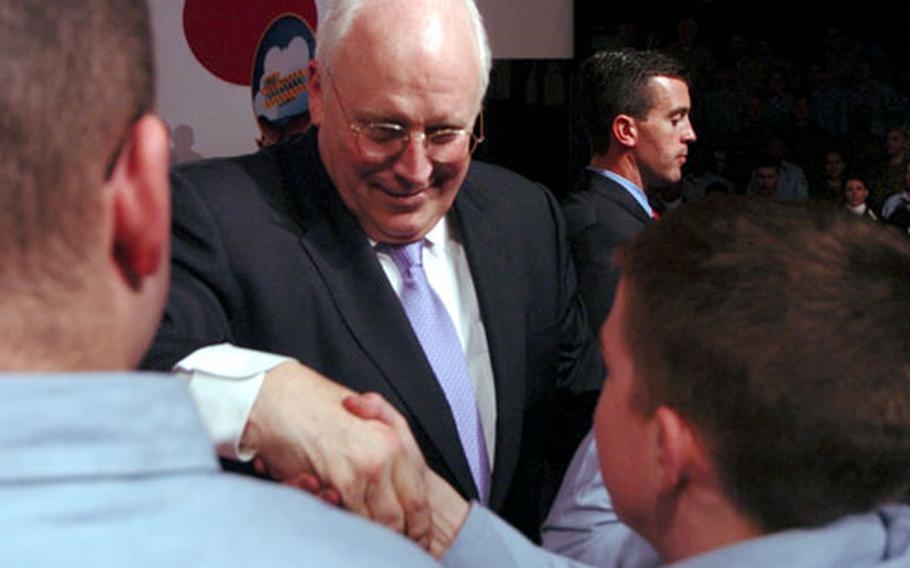 Vice President Dick Cheney shakes hands with Navy Airman Casey Powell aboard the USS Kitty Hawk. Said Powell, “He was inspiring. He knows how we’re feeling and how we miss our families.” (Christopher B. Stoltz / S&S) 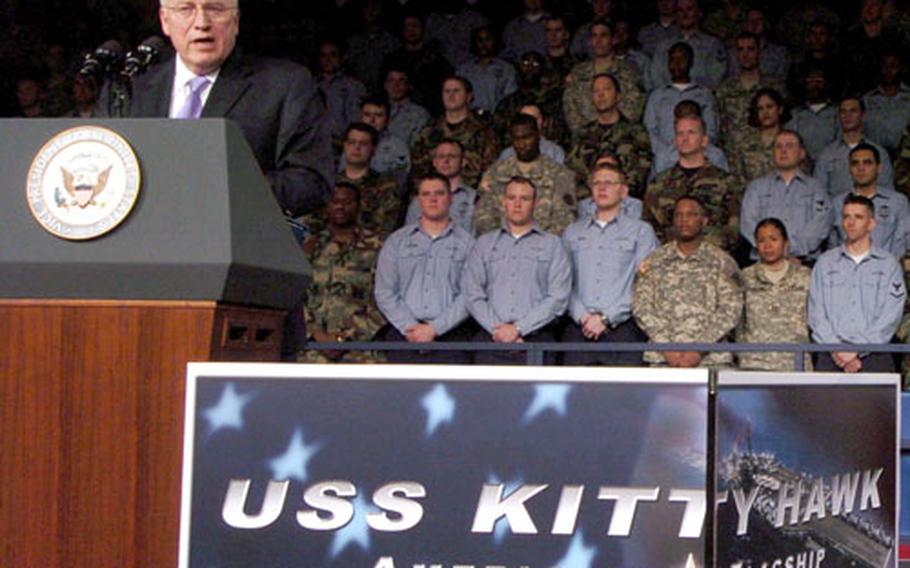 YOKOSUKA NAVAL BASE, Japan &#8212; More than 4,000 servicemembers crammed aboard the USS Kitty Hawk for 20 minutes with the U.S. vice president Wednesday.

Vice President Dick Cheney boarded the Navy aircraft carrier for quick handshakes and a speech that gave the troops something to write home about.

Cheney is in Japan this week to meet with Prime Minister Shinzo Abe, Foreign Minister Taro Aso and Chief Cabinet Secretary Yasuhisa Shiozaki. He did not schedule time with Japan&#8217;s Defense Minister Fumio Kyuma, feeding speculation that it was retribution for Kyuma&#8217;s critique of U.S. policy in Iraq.

The hangar bay was filled with dignitaries &#8212; including U.S. Ambassador to Japan Thomas Schieffer and U.S. Forces Japan commander Gen. Bruce Wright. But the bulk of the audience was active-duty military &#8212; many of whom bused from Camp Zama, Naval Air Facility Atsugi, and Yokota Air Base for the speech. Some waited six hours for it to begin.

Petty Officer 1st Class Gracey Dikes chatted with Cheney after he left the podium to shake some hands.

But the cost of producing the event &#8212; which featured food, decorations, music by the Navy band and &#8220;Chicago&#8221; singer Carol Woods, gave one sailor pause.

Cheney&#8217;s next stop is Guam where he will meet with military on Andersen Air Force Base on Friday.

Compiled by Stars and Stripes