Cheney's brief stop at Mildenhall got special attention from airmen 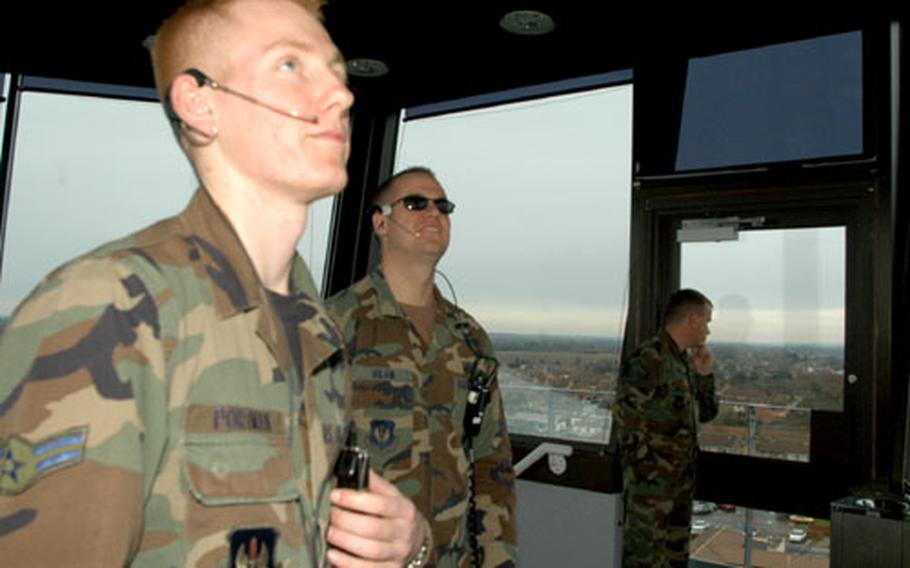 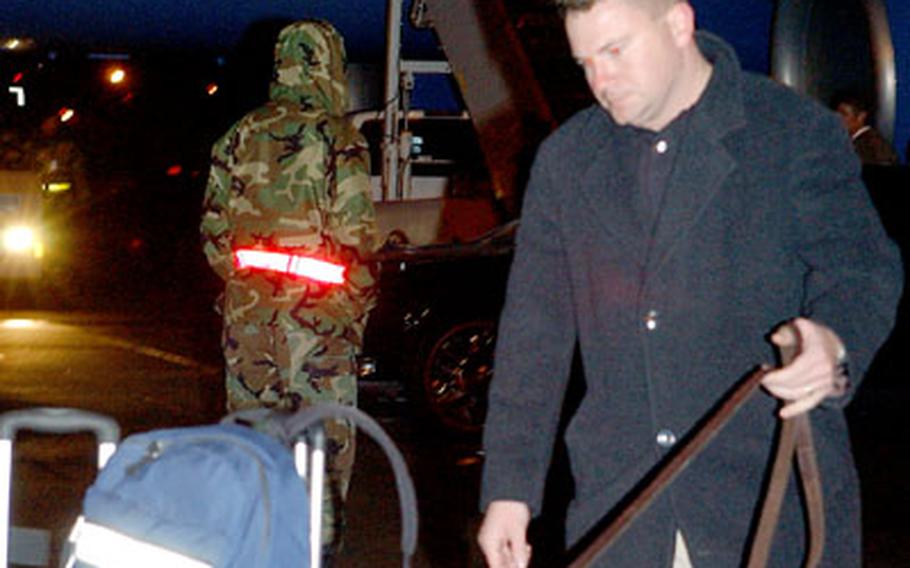 Members of the 100th Air Refueling Wing and 727th Air Mobility Squadron at RAF Mildenhall provide support for Vice President Dick Cheney during his Dec. 21 stopover at the base. (Bryan Mitchell / S&S) 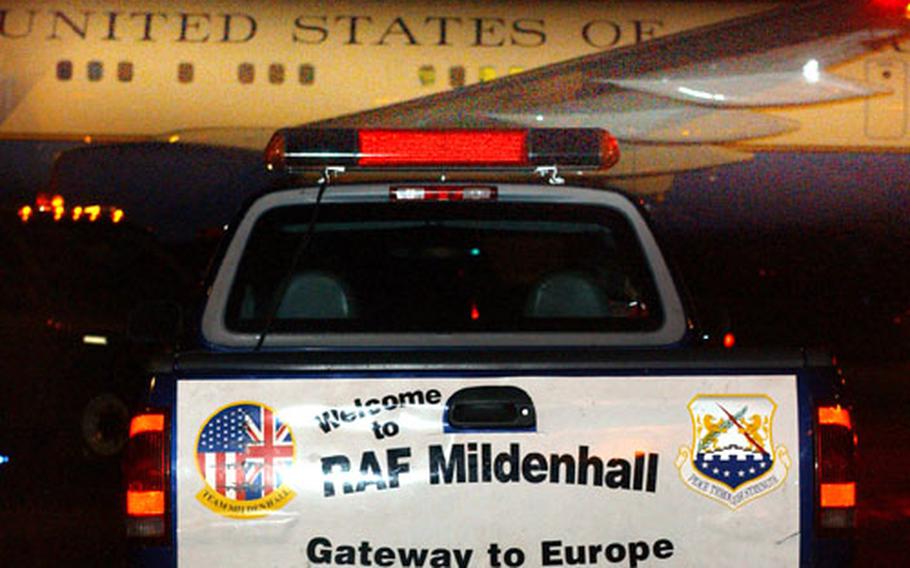 A welcoming message for the vice president at Mildenhall. (Bryan Mitchell / S&S)

RAF MILDENHALL &#8212; Secrecy is often the norm around military facilities. Airmen involved in an extraordinary mission had even tighter lips than normal last week.

The air traffic controller was one of dozens of people involved in supporting Cheney&#8217;s stopover, including security forces members and aircraft support airmen.

Cheney&#8217;s plane first stopped at RAF Mildenhall on Dec. 17 on his way to a surprise visit in Iraq. He dropped in on troops there to thank them for their work after the elections on Dec. 15 and review the reconstruction and security work being done in the fledgling democracy.

Cheney then visited other locations across the Middle East and Asia before returning to RAF Mildenhall in the early morning hours of Dec. 21 to service his plane before its final leg across the Atlantic Ocean.

The biggest twist was working hand in hand with the Secret Service, which dispatched an agent to the tower during the layover.

First Lt. Christopher Morrison, 28, was a liaison between the security forces and the Secret Service.

Morrison said the security forces had 10 additional posts on duty for the visit &#8212; roughly 15 airmen.

During the visit, the security forces airmen with K-9 duty were put under the command of the Secret Service as they swept the plane and the area around the aircraft for bombs.

Cheney&#8217;s aircraft touched down about 20 minutes shy of 3 a.m. and its visit lasted no more than an hour.

The base public affairs office snapped a few pictures of the event and provided a mobile media station so the press corps traveling with Cheney could file their stories, according to public affairs specialist Matt Tulis.

Cheney&#8217;s visit wasn&#8217;t the Mildenhall airmen&#8217;s first support of a distinguished guest. Earlier in the year, first lady Laura Bush and then-Chairman of the Joint Chiefs of Staff Gen. Richard B. Myers had brief layovers at the base, Hicks said.

&#8220;Mildenhall is a hub for this type of stuff because of our ability to handle just about any aircraft,&#8221; Hicks said.