Cheney pays a visit to Vicenza 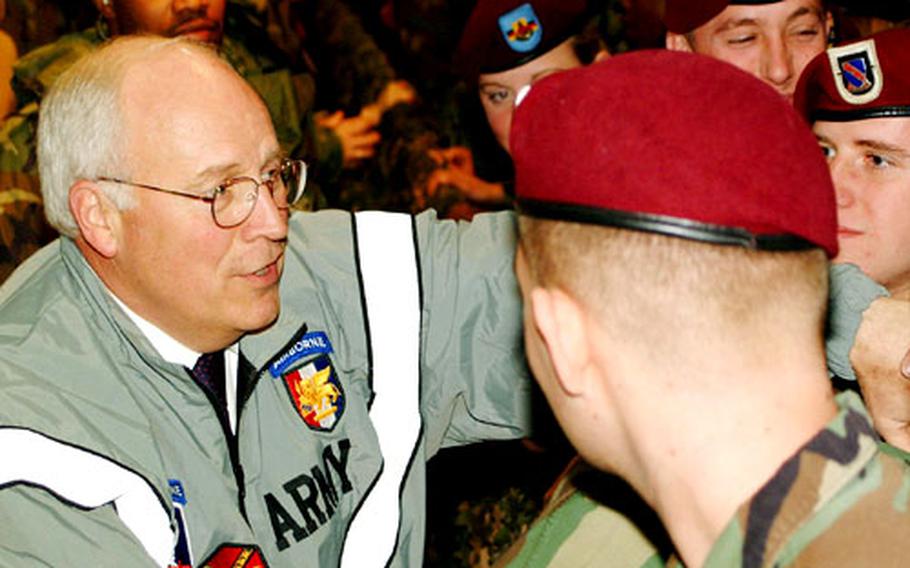 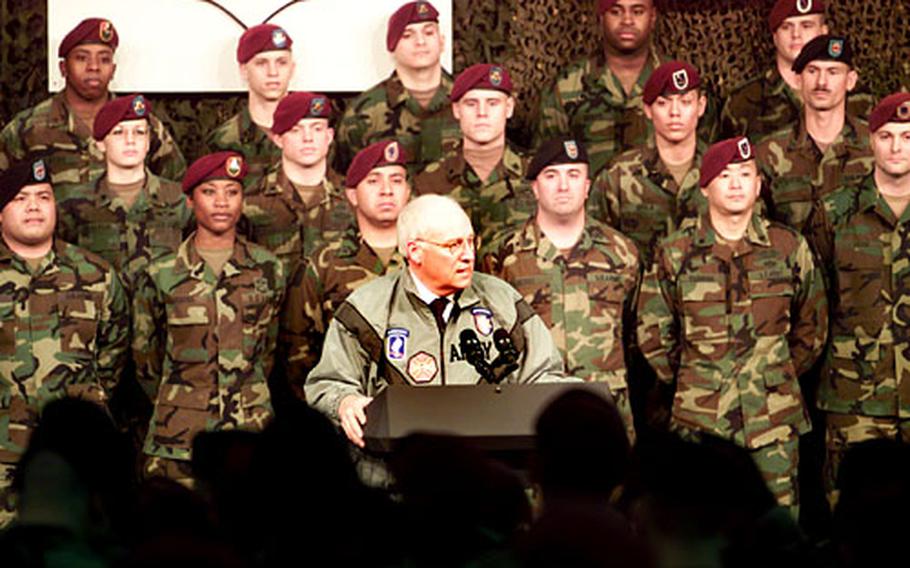 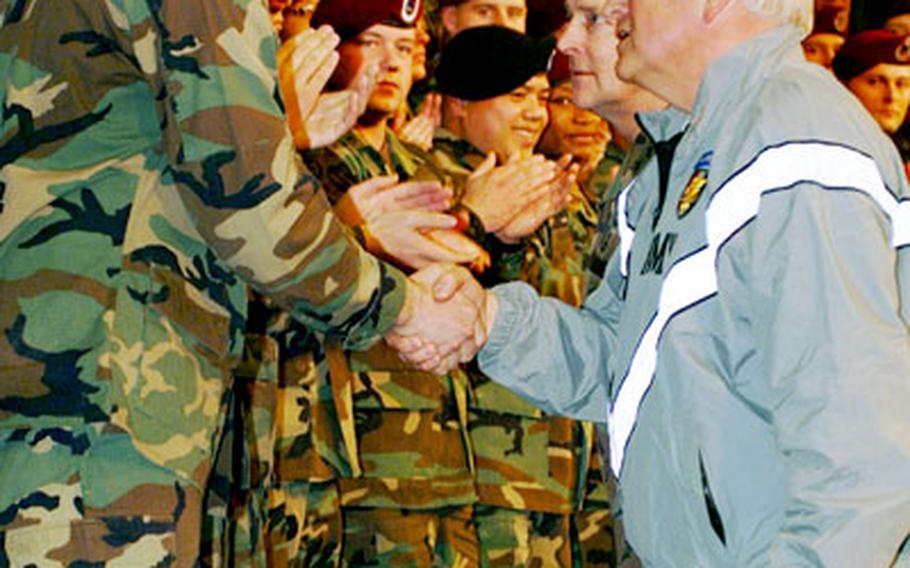 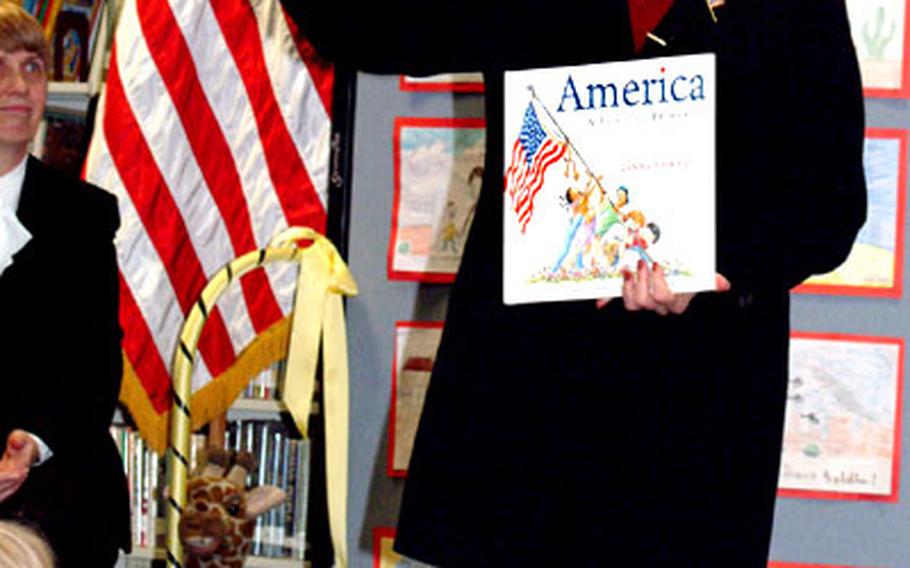 VICENZA, Italy &#8212; Vice President Dick Cheney conducted a swing through American military communities in northern Italy on Tuesday, becoming the highest-ranking member of the U.S. government to visit soldiers at Caserma Ederle in Vicenza in the process.

Cheney was warmly greeted at a packed base gymnasium.

The temperatures hovered around freezing as the first snow of the season still stuck on the roofs of vehicles parked around the base, home of the 173rd Airborne Brigade.

Cheney&#8217;s visit, which came at the tail end of a five-day trip through Europe, was unusual in several respects. He found a rare snowfall in his first stop in Italy, visiting Italian officials in Rome. It was only his second visit overseas while in office. And it was anything but business as usual for Southern European Task Force (Airborne) personnel, some of whom spent weeks preparing for the visit.

The weather had officials crossing their fingers. Cheney and his entourage traveled via helicopter from Aviano Air Base, where he had visited with airmen. A lower cloud cover or falling snow might have canceled the Vicenza part of the trip.

One of the most welcome surprises he brought with him was news that the Vicenza-based 173rd Airborne Brigade&#8217;s jump into Iraq on March 26 has been certified as a combat jump. As a result, all will be able to add a gold star to their airborne wings.

About 1,000 members of the brigade parachuted into northern Iraq to form a second front in the country days after the U.S.-led assault had begun in the south.

&#8220;You&#8217;re standing between America and great danger, and you are making the people of the United States more secure,&#8221; he told the crowd of a few hundred soldiers. Much of the base&#8217;s active-duty population is still deployed to Iraq.

Cheney said terrorists remain a danger to the United States and its people.

&#8220;We will confront and defeat them in their centers of power, so we do not have to face them in the streets of our country,&#8221; he said.

The vice president praised the efforts of soldiers based in Vicenza, calling the 173rd &#8220;one of the bravest and most skilled brigades in the history of our nation.&#8221;

He also thanked families who were left behind.

And he had nice words for his Italian hosts, who have been some of the strongest supporters of the American effort in Iraq. Nineteen Italian personnel lost their lives in a suicide bomb attack in Iraq.

As of Monday, 514 U.S. servicemembers have been killed in the conflict.

He said their sacrifices have made Iraq a better place for its 25 million people, now that Saddam Hussein is no longer in power.

In his Aviano address, delivered in a crowded hangar, Cheney added that the fight would continue. &#8220;The mission going forward is still difficult, still dangerous,&#8221; he told the troops, many of whom were in camouflage and some waving small U.S. flags.

Cheney&#8217;s wife Lynne, traveling with him, read excerpts from her book &#8220;America, a Patriotic Primer,&#8221; to dozens of third-graders from Vicenza Elementary School while her husband met privately with selected soldiers who have returned from Iraq.