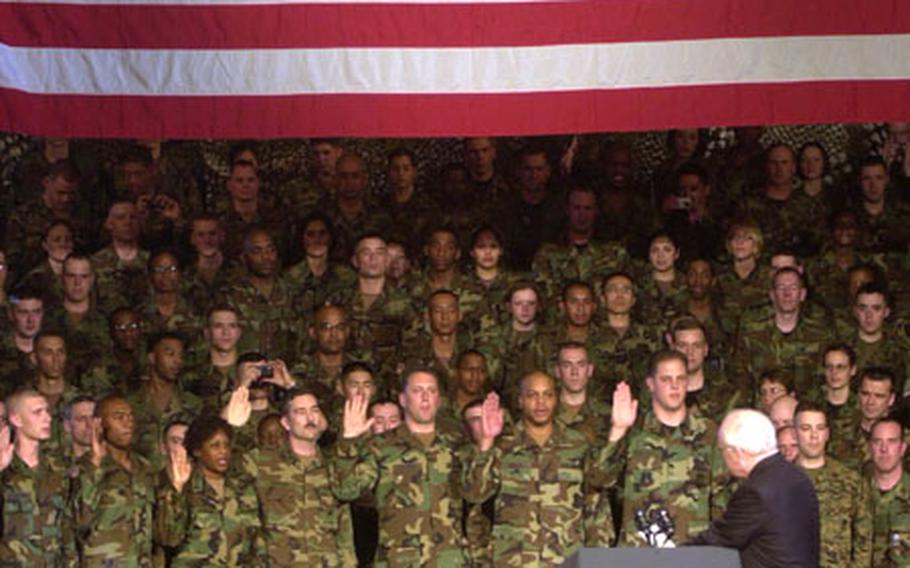 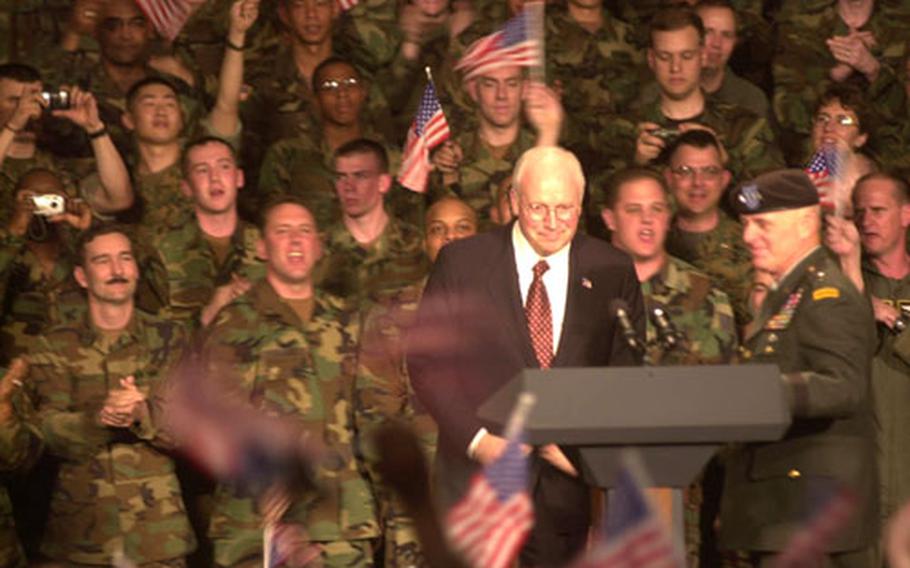 Vice President Dick Cheney praised South Korea&#39;s contributions to military operations in Iraq and Afghanistan while vowing to continue the fight against terrorism in those countries. He spoke Friday to servicemembers at Collier Field House at Yongsan Garrison. (Jeremy Kirk / S&S) 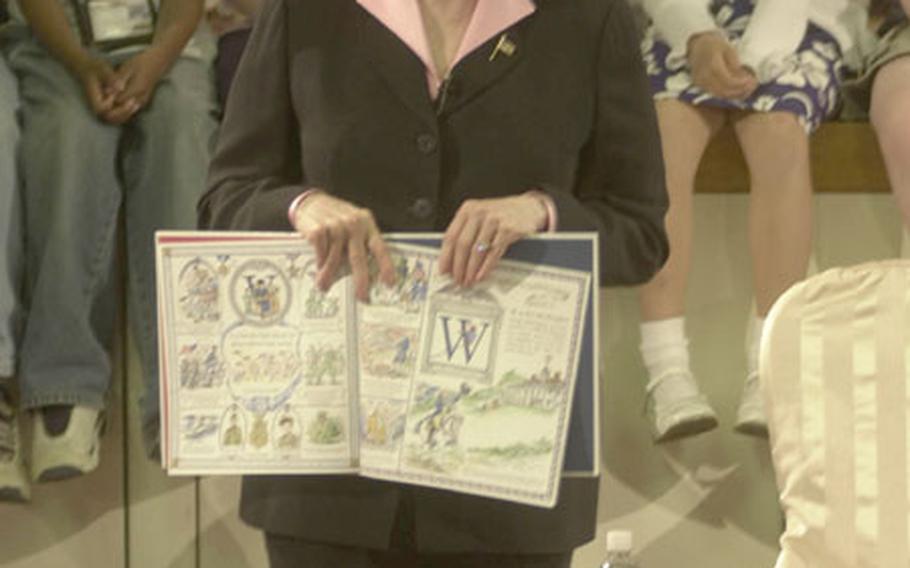 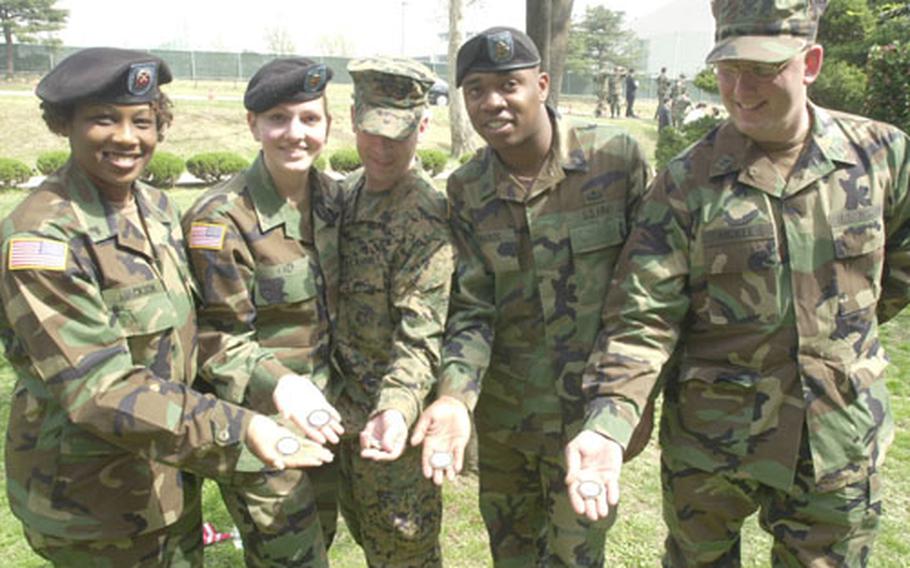 Cheney, at the end of a weeklong trip that included visits to Japan and China, praised actions in Iraq and Afghanistan, saying the Bush administration &#8220;will take the fight to the enemy and we will win.&#8221;

&#8220;We will destroy the remnant of violence of oppressive regimes, and together, we will win this essential victory in the war on terror,&#8221; Cheney said.

South Korea plans to send about 3,600 troops to Iraq, but violence there has flared domestic opposition. It sent medical and engineer soldiers to Afghanistan, and the Iraq dispatch would place the country just behind the United States and Britain in the number of deployed troops.

Action by the United States and other allies in Iraq put &#8220;a state sponsor of terror&#8221; out of business, Cheney said.

&#8220;A year ago, Saddam Hussein controlled the lives and the future of almost 25 million people. He has pursued weapons of mass destruction and threatened more. Tonight, he is in jail,&#8221; he said to cheers.

In regard to North Korea, Cheney said the administration supports six-nation talks to stop its nuclear program. The United States stands with South Korea for a &#8220;complete, verifiable, irreversible dismantlement of North Korea&#8217;s nuclear programs.&#8221;

While the administration would like to see reconciliation between the Koreas, &#8220;the stability of this peninsula is built on a brave alliance between the Republic of Korea and the United States,&#8221; Cheney said.

The visit was Cheney&#8217;s first to South Korea since he was secretary of defense under former President George H.W. Bush. He reminded soldiers that the current President Bush has supported three military pay raises and continues to ensure troops have the best equipment.

After finishing his remarks in Collier Field House, which was decked out like a bunker with camouflage netting, Cheney re-enlisted 11 servicemembers, handing each a ceremonial coin.

Cheney&#8217;s wife, Lynne, gave a 30-minute presentation to children at Seoul American Elementary School, reading from her book, &#8220;America, A Patriotic Primer.&#8221; She spoke about the founding fathers and American ideals.

Her presentation also was heard by students in Daegu and Pusan, who were linked to her speech through video teleconferencing equipment. Her presentation focused on the importance of learning history and American concepts.

&#8220;We are so fortunate to be Americans, and the whole world is fortunate that America exists because America has spread freedom to so many people,&#8221; she said.

She took questions from several children. One student asked if her husband fought in a war.

&#8220;But he has served as secretary of defense, and he and I are both proud &#8212; so proud &#8212; that we can be associated with the people who are protecting and defending our country now. We appreciate the service of your parents.&#8221;