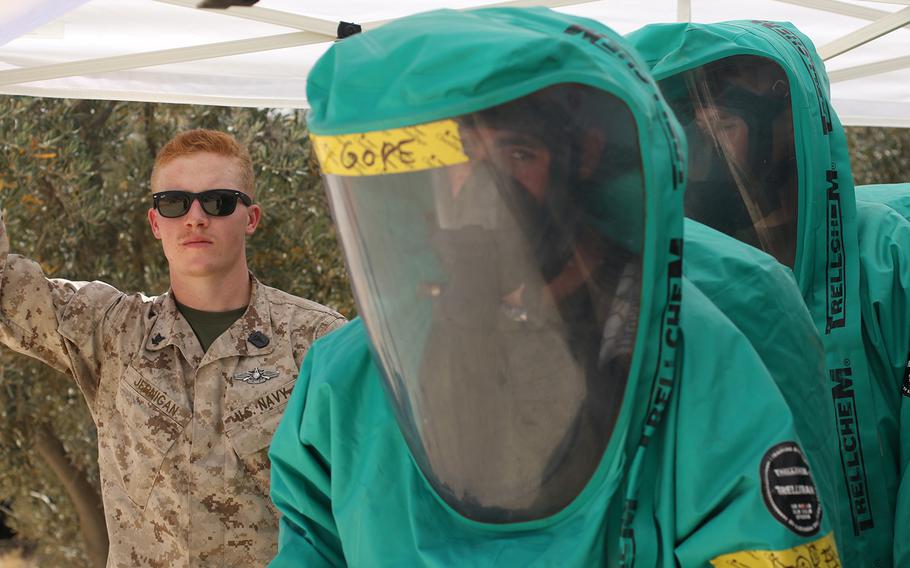 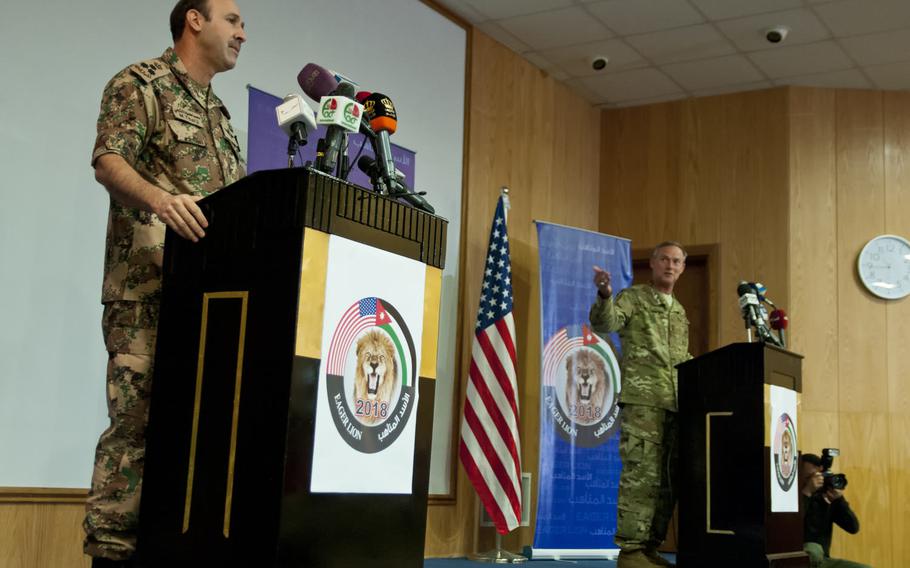 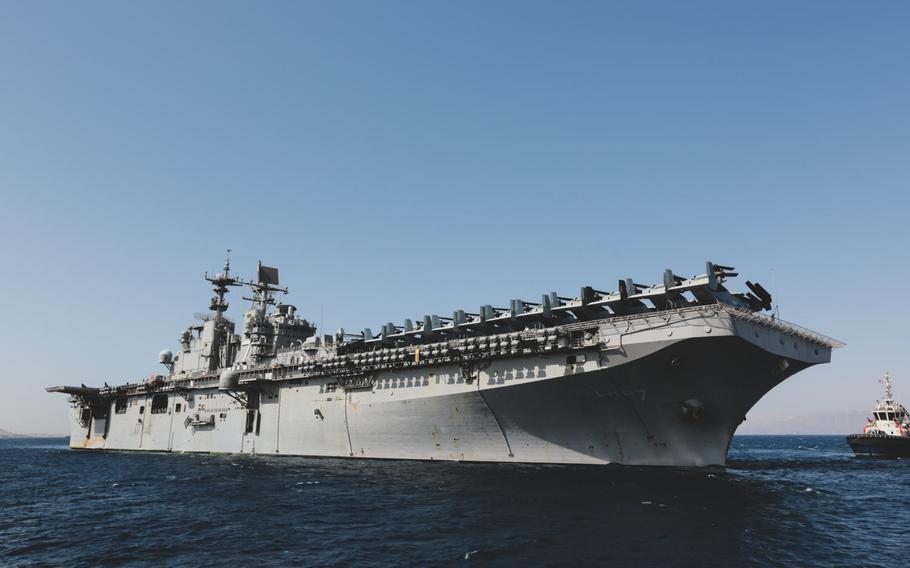 Thousands of U.S. troops participating in the Eager Lion exercise in Jordan will conduct chemical and biological drills, as part of a long-planned event that comes just after U.S. strikes destroyed suspected Syrian chemical weapons sites.

The 11-day drills, which began Sunday, will test the ability of troops to plan and conduct counterterrorism operations, border security, cyber defense and logistics support operations.

U.S. officials said the eighth annual iteration of the exercise is not directly related to U.S., British and French missile strikes, which targeted Syria in response to a suspected chemical attack on the Syrian city of Douma that killed dozens on April 7.

About 1,200 Marines from the amphibious assault ship USS Iwo Jima and the dock landing ship USS Oak Hill will be on the ground participating in the event, which also will include small unit attacks, live-fire drills and force-on-force exercises.

Planning for the event has been underway for a year, but “anytime that we train it’s a demonstration of ... and an opportunity to hone” important capabilities, said Capt. Natalie Poggemeyer, spokeswoman with the Marine Corps’ 26th Marine Expeditionary Unit. “We’re ready to respond to crisis at any given time.”

This year’s training event “addresses our most complex challenges in new and interesting ways,” said Air Force Maj. Gen. Jon Mott, U.S. Central Command’s director of exercises and training, during a press conference in Amman. “Our intent, as it has always been, is to constantly evolve scenarios to mirror the threats this region and the world face every day.”

As part of the exercise, a mobile laboratory team will respond to a simulated chemical incident, Mott told reporters, according to The Associated Press.

It’s a “threat all too real, as we’ve seen recently in Syria,” he said.

Late Friday, American, British and French aircraft and warships launched 105 missiles at three Syrian facilities. The barrage destroyed a key chemical weapons research facility in Damascus and two stockpiles outside Homs. It was the second U.S. strike on Syria in response to alleged chemical weapons use by President Bashar Assad’s regime in a little more than a year.

While Jordan has supported the U.S.-led anti-Islamic State fight, the Hashemite kingdom has had to walk a tightrope to avoid fallout from the seven-year Syrian civil war raging on its northern border.

The exercise, which will include both conventional and nonconventional scenarios, “provides an opportunity to reassure the people of Jordan, its uniformed services, its allies and international partners ... that we are ready to protect Jordan from harm,” Thalji said, as cited by a military statement.

More than 7,000 troops will participate in this year’s exercise, including about 3,600 U.S. servicemembers. In addition to Marines and soldiers, about 1,500 sailors embarked aboard the Iwo Jima amphibious ready group will take part.

Officials have said scenarios will include a long-range bomber mission, maritime security operations and the ground force attack of a fictitious adversary.

For the first time since the 2011, a simulated response to a humanitarian and refugee crisis was added this year, an official with the U.S. Agency for International Development said. Four USAID disaster experts were sent as advisers to Jordan’s crisis management center.

The 26th MEU’s aircraft will be participating in Eager Lion, despite recent aviation mishaps in Djibouti.

During the Alligator Dagger training exercises this month, incidents involving a CH-53E Super Stallion and AV-8B Harrier suspended flight operations in the region. Pilots and crews were not seriously injured and flight operations have since resumed.

In Eager Lion, the aircraft will support an embassy reinforcement drill and other scenarios, Poggemeyer said.

“Our aviation combat element is playing a part in the exercise, just like they would in any other exercise,” she said.