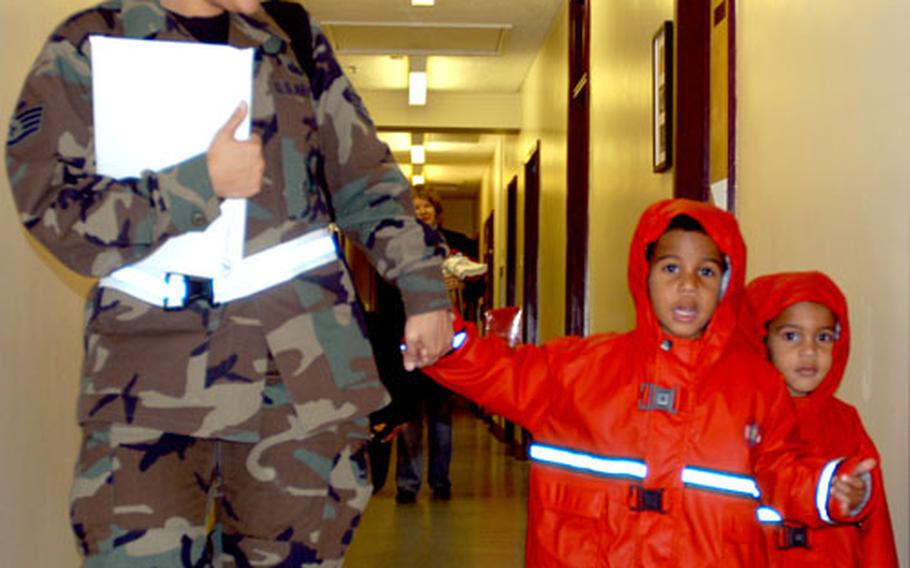 She&#8217;s the latest to benefit from changes in the child care system at on-base facilities in the U.K. that have slashed a frustratingly long waiting list.

Cathcart, of the 48th Services Squadron, was greeted at her new duty station with news that both her children, 3-year-old Desten and 2-year-old Deven, would be eligible for immediate slots at RAF Lakenheath&#8217;s Child Development Center-East.

Megan Sniegowski, assistant director of the CDC-East, said Cathcart&#8217;s placement speaks to the enormous strides the center has taken to slash the waiting list.

It&#8217;s also very rare on an Air Force base overseas. Stars and Stripes reported earlier this year that, of the roughly 400 combined slots for day care at three CDCs between the RAFs Lakenheath and Mildenhall, there was a waiting list of around 230 children.

That meant waits of up to a year for care, and also forced parents to find alternative child care &#8212; often more expensive on the British economy.

Today, 80 kids are on the waiting list, and after another set of renovations are complete at the RAF Mildenhall CDC the number is expected to fall to around 50 or 60.

A single parent in search of care currently has no wait whatsoever at either RAF Lakenheath CDC.

RAF Lakenheath family support flight chief Lesley Smith said the success story is the result of some creative shifting of children as well as the re-allocation of space.

A building that was in poor shape and was formerly used for hourly care &#8212; an optional program not dictated by the Air Force &#8212; was converted into a separate facility for the 6-week to 6-month-old infants.

All of the conversions were accomplished with labor from the 48th Services Squadron instead of the 48th Civil Engineering Squadron, which normally handles building maintenance.

Once the infants were shifted to the refurbished building, room was created for the older children and more open slots became available.

At RAF Mildenhall, an addition to the facility added dozens of slots.

For airmen such as Cathcart, the answer is clear.

The wait listNot all children on the wait list are treated with equal consideration. People waiting for care are divided into a four-tier system.

A single parent gets first dibs, followed by two active-duty parents. Third on the priority scale is an active airman with a spouse working full time or enrolled as a full-time student. People with one spouse not working are last one the list.