Changes announced for some US civilian personnel in Japan 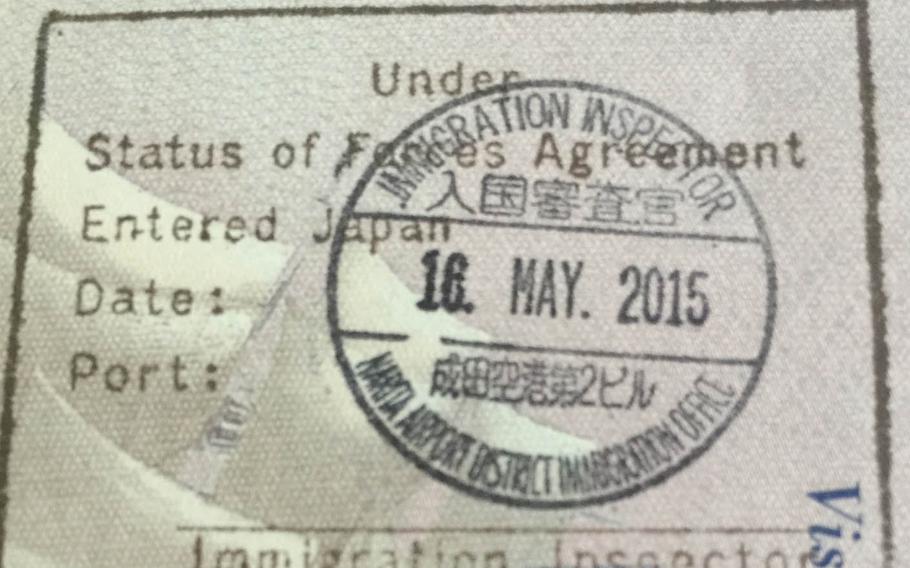 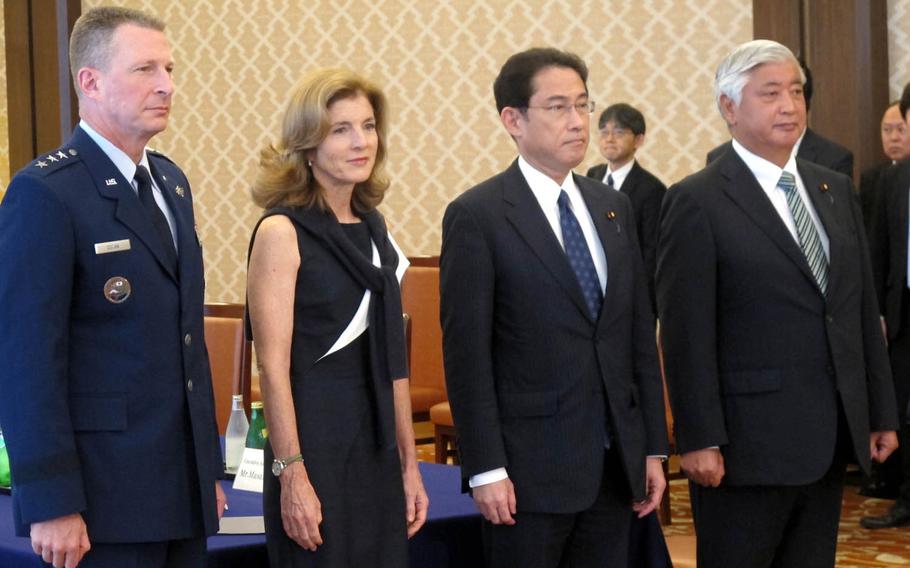 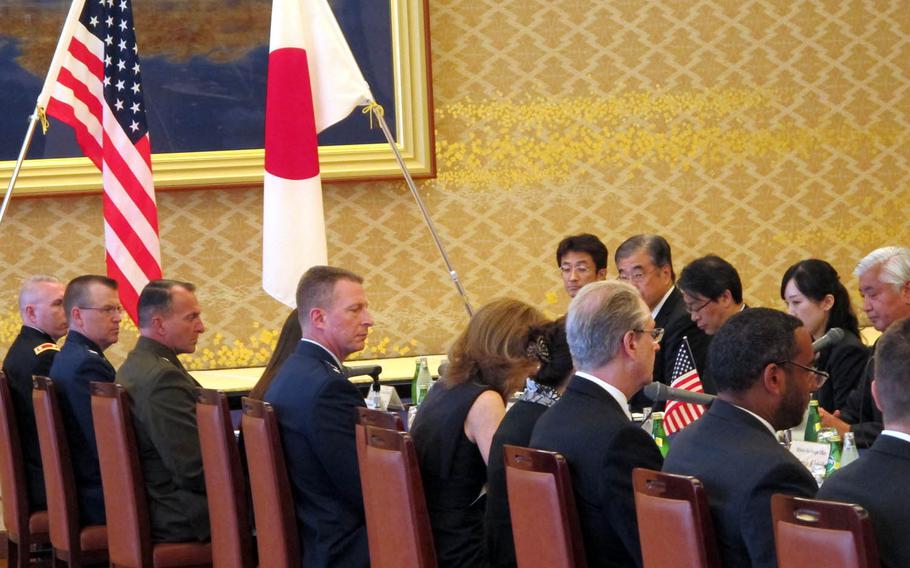 TOKYO — The United States and Japan announced new procedures Tuesday aimed at ending status of forces agreement protection for some civilian base workers, two months after an alleged homicide by a contractor touched off massive protests targeted at the American military on Okinawa.

The new procedures would place civilians into four categories and exclude workers from SOFA who already have Japanese residency visas, according to a joint statement issued Tuesday evening.

It remained unclear after a news conference Tuesday whether the new procedures under negotiation would mean fewer SOFA-sponsored jobs; however, the statement calls on the U.S. and Japanese governments to clarify SOFA’s scope by “evaluating categories of positions eligible for status as members of the civilian component.”

The four categories include Defense Department civilians working in both appropriated and nonappropriated fund positions; civilians on military-operated ships and aircraft; non-Defense Department, U.S. government employees in Japan for official purposes; and, essential technical advisers and consultants officially invited by the military.

U.S. and Japanese officials said Tuesday that the changes would strengthen the U.S.-Japan relationship, which was strained by recent incidents that led to alcohol and liberty restrictions for servicemembers on U.S. bases in Japan. The incidents included multiple drunken-driving arrests during a military-mandated period of mourning for Rina Shimabukuro, 20.

Kenneth Franklin Gadson, 32, a Kadena Air Base cable company employee and former Marine, has been charged with murdering and raping Shimabukuro.

During a recent visit to Okinawa, Prime Minister Shinzo Abe called it “questionable” that employees like Gadson were SOFA-sponsored.

The SOFA procedural changes are not a revision of the bilateral treaty, which was signed in 1960. The agreement, which spells out rights and responsibilities for military and civilian personnel stationed in Japan, has been criticized by some in Japan for appearing to allow U.S. personnel to evade prosecution, though military officials dispute such characterizations.

SOFA allows the U.S. to retain custody of U.S. personnel in many situations, but Japanese authorities typically retain custody long enough to question personnel arrested off base. Japanese law allows police to keep people in custody for up to 20 days before deciding whether to prosecute them.

SOFA requires the military to cooperate with Japanese authorities who are investigating U.S. personnel.

Defense Department civilians and contractors in Japan are now expected to attend the same training events as their active-duty counterparts, Dolan said.

“For contractors and civilians under SOFA, I have added contract specifications that all workers will sign an acknowledgement of SOFA responsibilities, which can later be used, if needed, in any adjudication or incident review,” Dolan said in a prepared statement Tuesday.

All SOFA personnel will receive updated instruction on driving in Japan, where traffic moves on the left side of the road, before receiving driver’s licenses, Dolan added.

Meanwhile, personnel convicted of driving under the influence will lose their licenses for a minimum of one year.

Defense Minister Gen. Nakatani praised the U.S.-Japan security alliance but also called on the U.S. military Tuesday to “eradicate driving under the influence” of alcohol. Nakatani noted that an Air Force staff sergeant was arrested by Japanese police on DUI suspicion during curfew hours on Monday, despite recent restrictions on Okinawa.

The airman’s Breathalyzer test put him just above the 0.03 legal limit, according to police.

In Okinawa, an island of 1.4 million people where about half of all U.S. forces are stationed, SOFA is viewed negatively by some — particularly among supporters of Gov. Takeshi Onaga, who was elected in 2014 on a platform of reducing the U.S. military presence there.

“Fundamental revision is necessary since improvement of the procedure, which depends on the discretion of the U.S. side, is not sufficient,” Onaga said during an Okinawan prefectural assembly session Tuesday, according to the Ryukyu Shimpo, a local newspaper critical of the U.S. military presence.