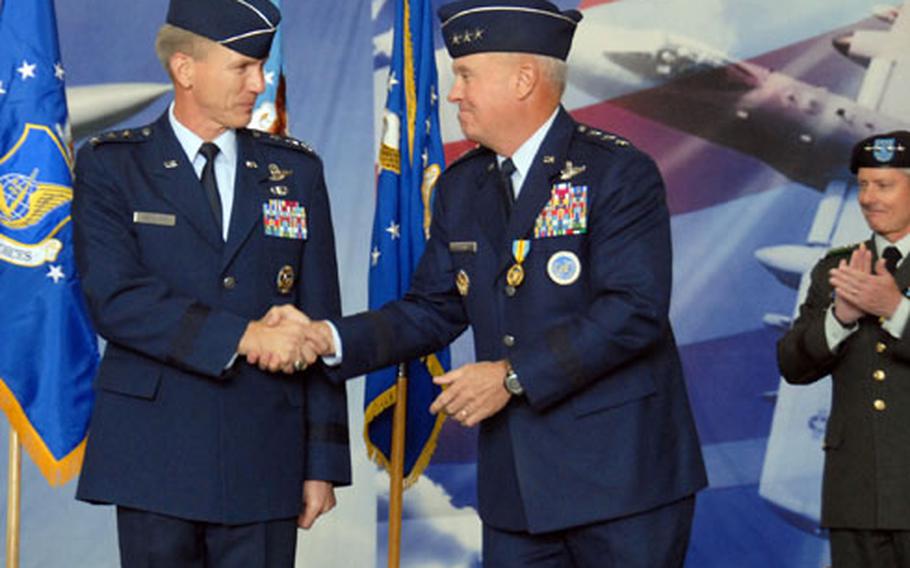 Wood is to retire on Jan. 1 after a 34-year career. Remington was PACAF&#8217;s director of Operations, Plans, Requirements and Programs before taking command of 7th Air Force.

Sharp praised Wood for playing a crucial role in making plans to transfer operational wartime control from the United States to South Korea in 2012, and return 23 U.S. military bases to South Korea. Wood also helped make improvements in infrastructure, equipment and training for airmen in South Korea, he said.

Sharp said Remington&#8217;s background in Asian affairs makes him a good fit for his new job.

"I know I am getting an absolutely first rate commander of [Air Component Command]," he said.