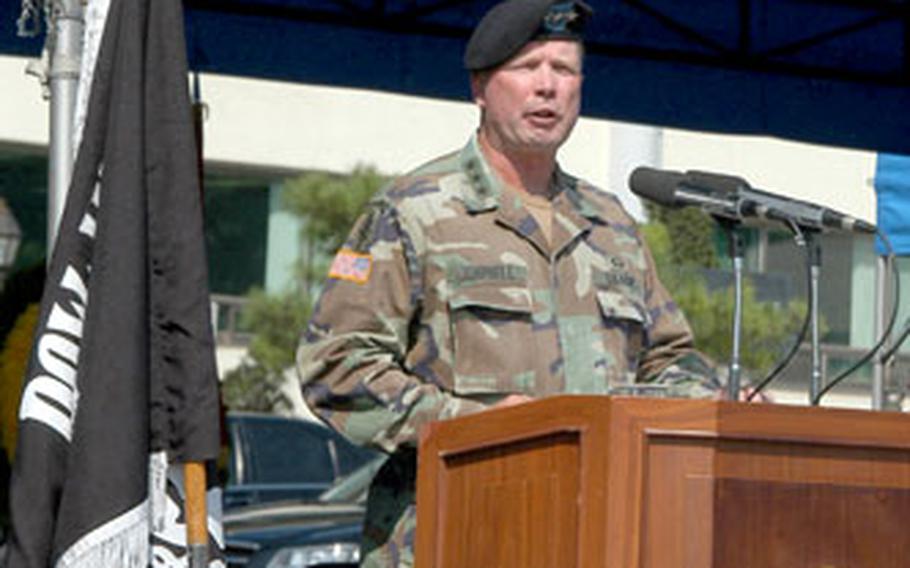 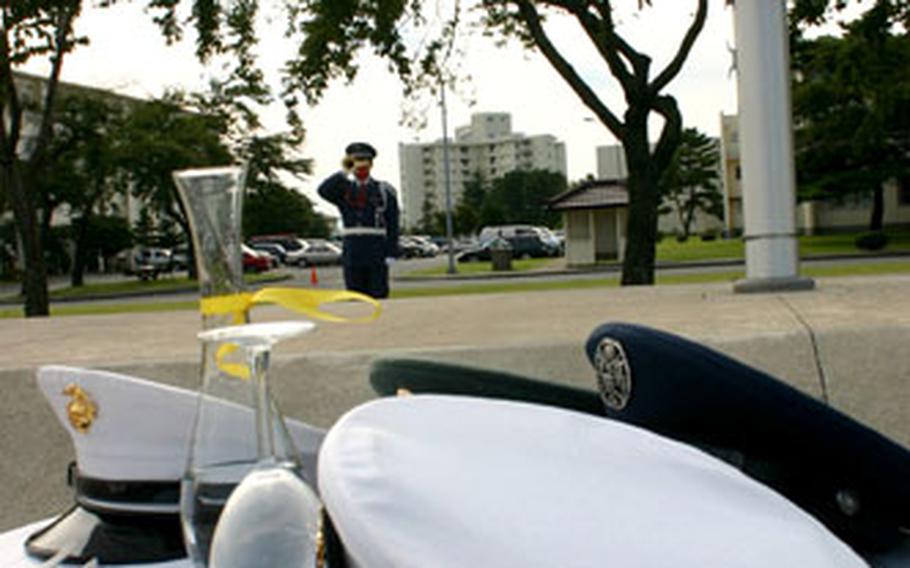 Four covers,one from each service, a vacant place at the table and an empty vase with a yellow ribbon commemorate servicemembers still missing in action. (Teri Weaver / S&S)

&#8220;We continue to search for Americans in four general areas of North Korea,&#8221; said Lt. Gen. Charles C. Campbell during a ceremony at Knight Field on Yongsan to commemorate National POW/MIA Recognition Day.

&#8220;Today&#8217;s ceremony marks the continuing commitment of the United States government to achieve the fullest possible accounting of those servicemembers who made the ultimate sacrifice when their nation called,&#8221; he said.

Since 1979, America has designated a day each September to remember those missing or still imprisoned from wartime. More than 8,000 American servicemembers remain missing from the 1950-53 Korean War, according to Campbell.

In the last decades, recovery teams have excavated more than 180 sets of remains believed to be U.S. servicemembers. Of those, 10 have been identified positively and returned to their families for burial, Campbell said.

&#8220;We continue to search for our missing servicemembers so that we may provide closure for their families,&#8221; Campbell said, &#8220;and properly acknowledge the sacrifice these warriors made for their nation in the name of freedom and liberty.&#8221;