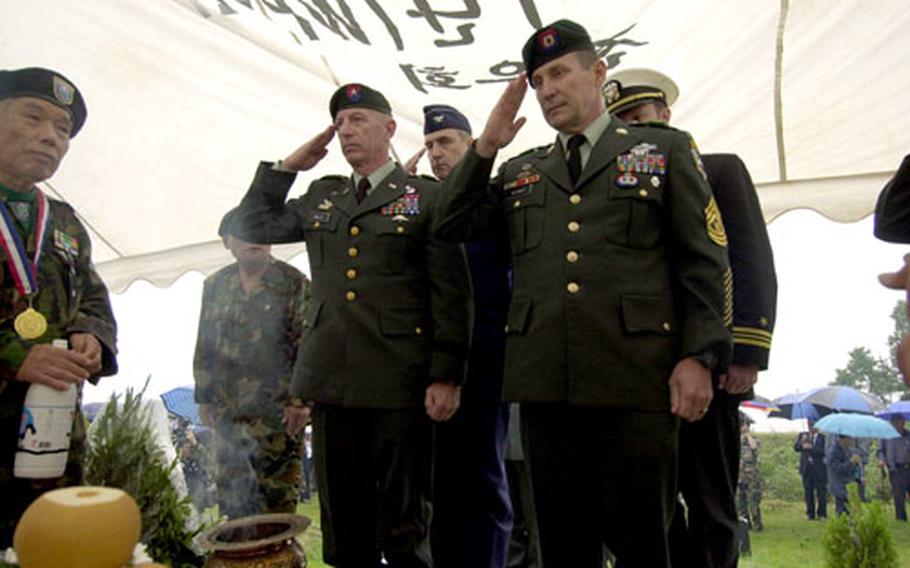 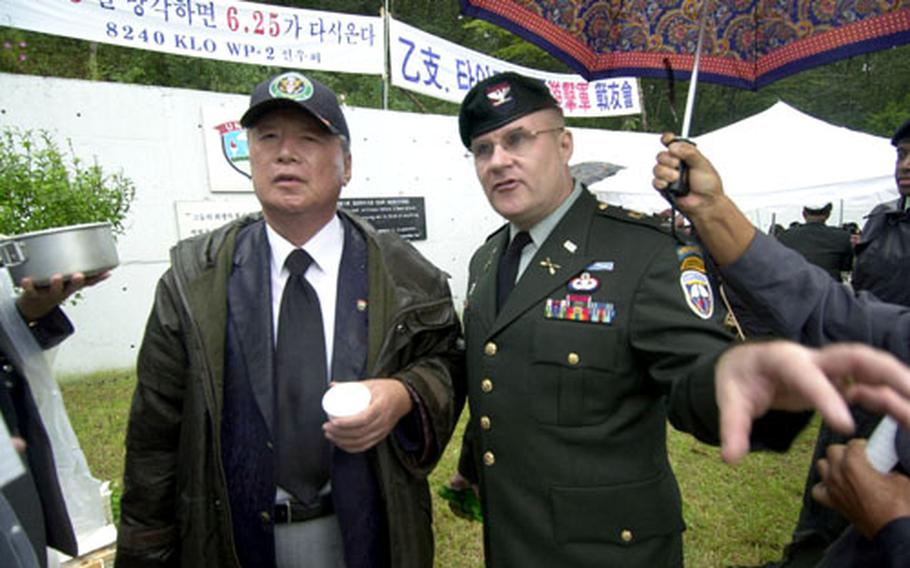 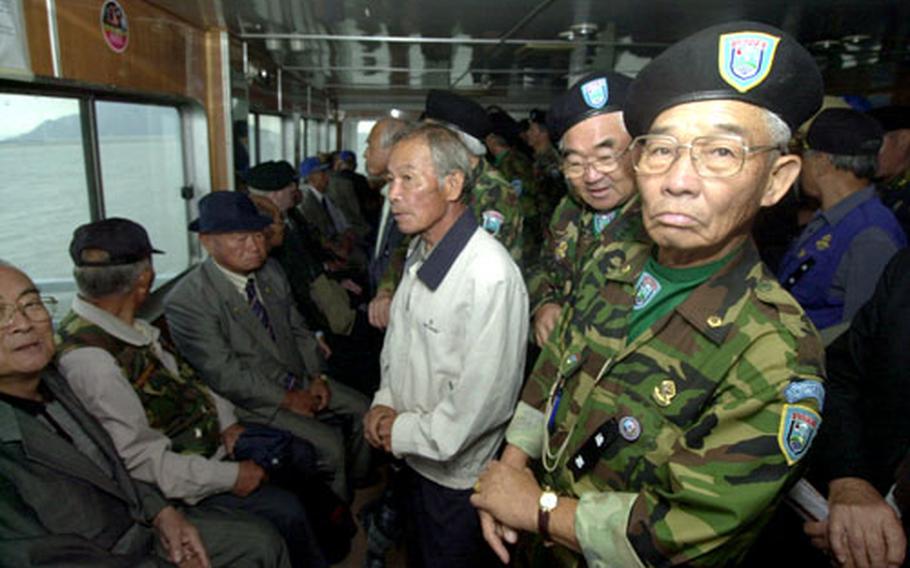 Veterans of the Tiger Brigade, North Korean partisan soldiers who fought with the United Nations forces against North Korea during the Korean War, travel via ferry to Kyodong Island for a ceremony Friday. (T.D. Flack / S&S)

KYODONG ISLAND, South Korea &#8212; Park Sang-joon stood in the drizzling rain Friday, looking out across the water as North Korea faded in and out of sight through gray skies.

Park, president of the Federation of Partisan Forces Korea, gathered with dozens of veterans &#8212; and troops from the special operations community &#8212; to hold the fourth annual commemoration of Tiger Brigade 8240.

Thousands of anti-communist North Koreans began fighting against leader Kim Il Sung in the late 1940s. During the Korean War, they fled to islands on the peninsula&#8217;s west coast, preparing for a last-stand battle. They came to the attention of United Nations forces in 1951 and were armed and trained for guerrilla warfare.

The Tiger Brigade &#8212; a part of the partisan forces &#8212; suffered hundreds of casualties as its fighters parachuted behind enemy lines or slipped silently across the waters to the North Korean shores. They destroyed artillery sites, bridges and vehicles, forcing the North Koreans to dedicate valuable resources to fight the elusive warriors. When the war ended, they fled to South Korea.

On Friday, many gathered in front of 14 tombstones and a large stone memorial. Just yards behind the crowd a single strand of coiled barbed wire traced the shoreline.

With the scent of drifting incense in the air, Park addressed the crowd of veterans, who wore camouflaged uniforms and stood under umbrellas.

&#8220;This memorial service is to console and commemorate my soldiers &#8230; who sacrificed themselves for the country during the Korean War,&#8221; Park said.

He thanked the U.S. visitors for making the journey &#8212; a two-hour bus trip and 40-minute ferry ride.

Brig. Gen. Richard W. Mills, who leads Special Operations Command Korea, said he was honored to speak at the ceremony.

Mills said the final victory will be when the surviving members of the Tiger Brigade can finally return to their home in the north.

&#8220;As we look to the future and what may happen on this peninsula, we hope for only one thing: If there is war, that we can uphold your legacy and honor the memory of the Tiger Brigade by fighting as fearlessly and as skillfully as all of you.&#8221;

Sgt. 1st Class Keith A. Coleman was excited to be at the event.