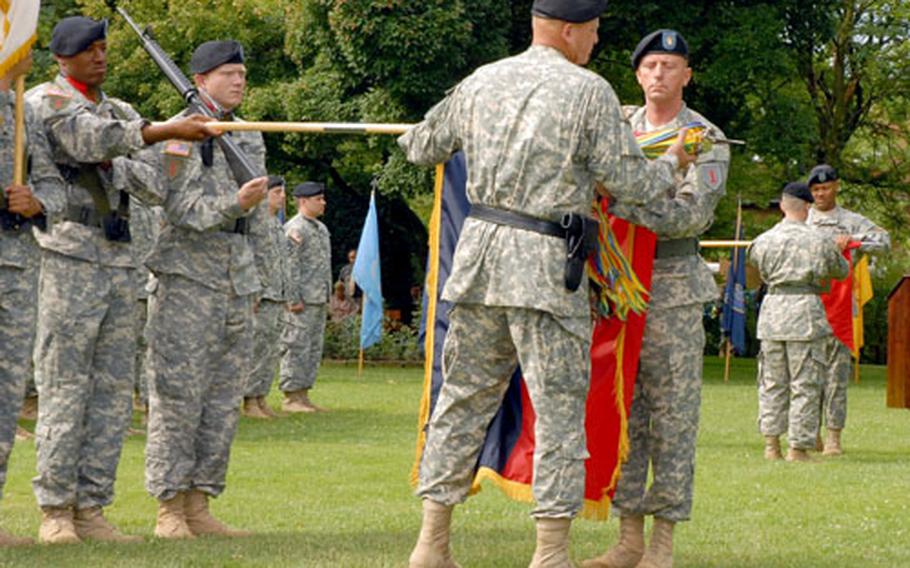 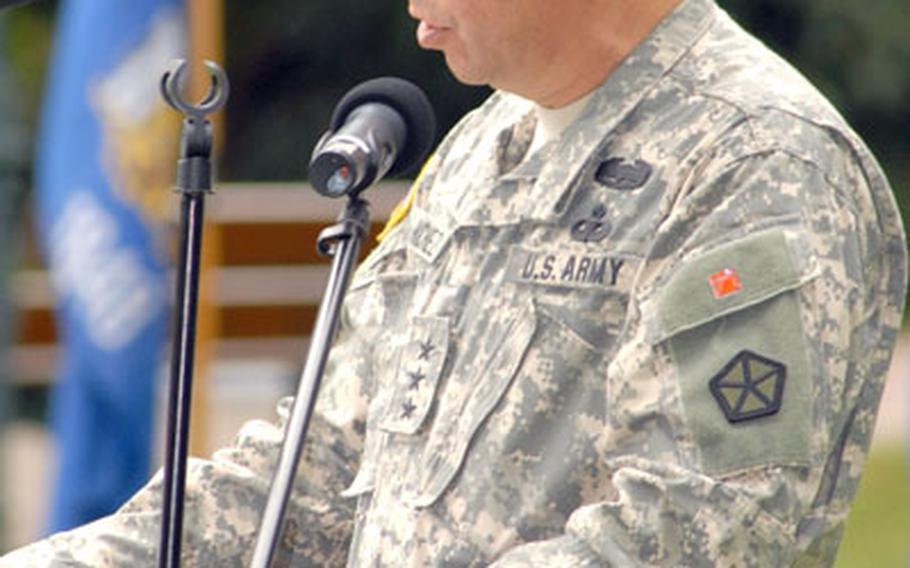 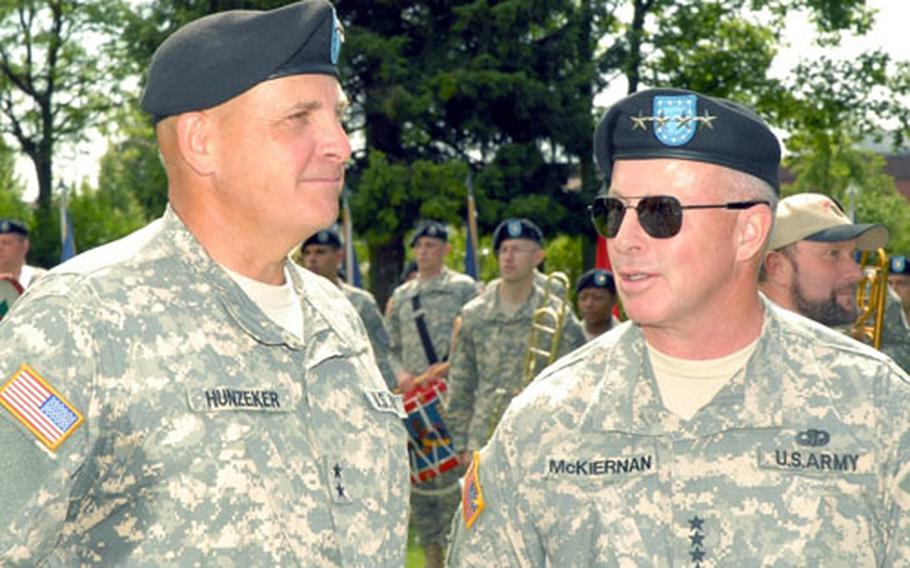 W&#252;RZBURG, Germany &#8212; After spending most of its storied history in Europe after World War II, the 1st Infantry Division is going home.

The legacy and lasting effects of those years were remembered during a departure ceremony for the division headquarters Thursday at Leighton Barracks.

As the vanguard of the Army&#8217;s transformation and European troop drawdown, 1st ID units have been inactivating, moving and transforming for much of the past year. Thursday&#8217;s ceremony just formalized the goodbye, as headquarters prepares to stand up at Fort Riley, Kan., in August.

The division has been headquartered in W&#252;rzburg for the past 10 years, and was also based here right after World War II. Since 1917, when it became the Army&#8217;s first division, The Big Red One has played a part in major European conflicts and beyond.

Division soldiers helped turn the tide during World War I, when the French army had been decimated, and the allies were asunder. They spearheaded the World War II assaults in North Africa, Sicily and on the beaches of France on D-Day. Members of the 1st ID fought in Vietnam, the Persian Gulf War and embarked on peacekeeping operations in Bosnia and Kosovo. Finally, the division deployed to Iraq during the current conflict.

All soldiers who wear the 1st ID patch share these roots, Hunzeker said.

&#8220;Serving in Europe has also afforded our leaders the opportunity to visit battlefields and walk the ground where our forefathers fought during World War I and World War II,&#8221; he said. &#8220;We are humbled to have been so fortunate to be able to study our profession on the ground that was fought to bring back freedom and democracy to this great continent.&#8221;

Among other duties, the division&#8217;s new job at Riley will be to train foreign security forces for operations in Afghanistan and Iraq.

Lt. Gen. Ricardo Sanchez, commander of the Army&#8217;s V Corps, said the division has carried out its standard tasks in the past year &#8212; including training for some units to deploy &#8212; while also dealing with all the parts of transformation and the big move.

The Army presence in Germany has allowed a country broken by World War II to thrive and grow into a modern democracy, said Dr. Paul Beinhofer, district president for Germany&#8217;s Lower Franconia.