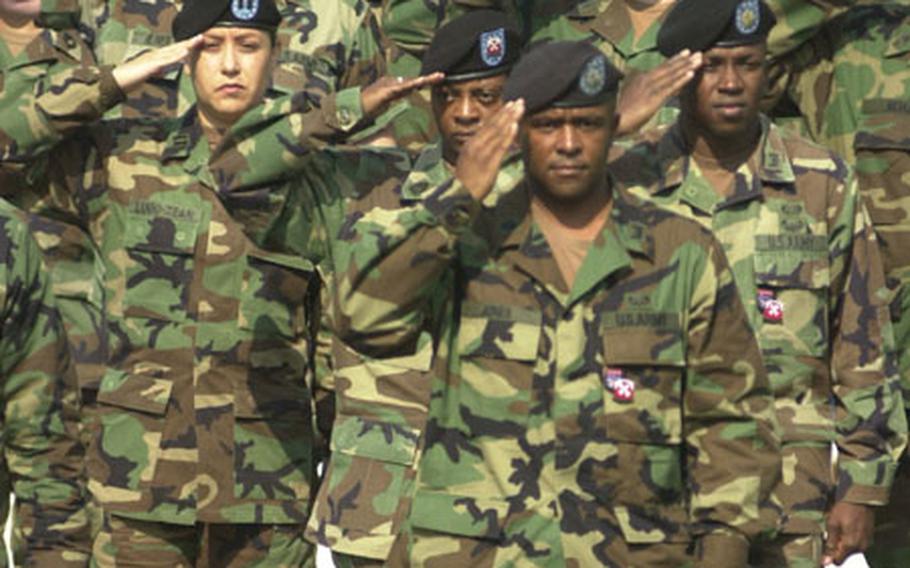 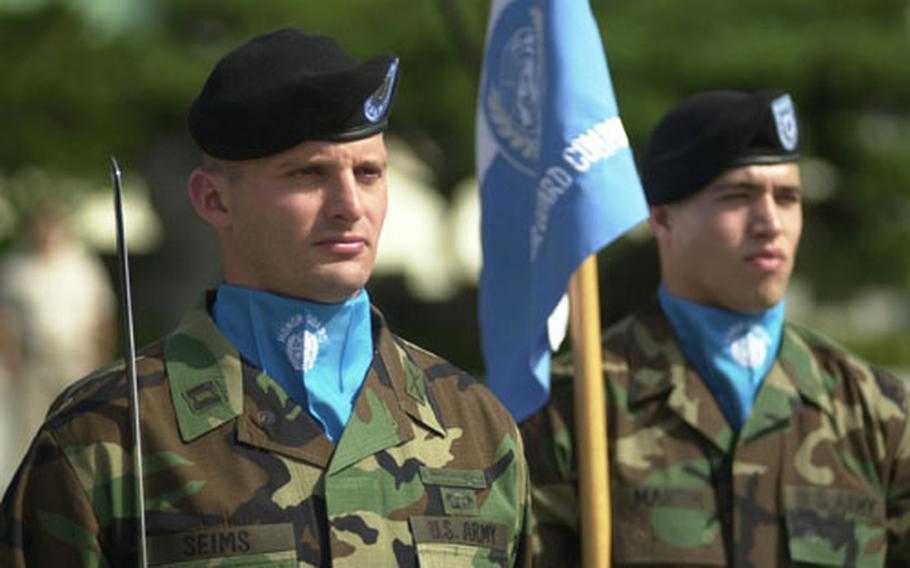 Of the 88,000 U.S. servicemembers missing in action from all conflicts, more than 8,100 are from the Korean War, the Pentagon has said.

During the ceremony &#8212; in which LaPorte addressed a crowd of soldiers and dignitaries &#8212; members of the U.N. Honor Guard stood at attention on Yongsan Garrison&#8217;s Knight Field.

&#8220;We are the heirs of the freedom paid for by the blood of these patriots,&#8221; LaPorte said, noting that recovery missions continue across the world.

Earlier in the week U.S. officials announced the recovery in North Korea, of four sets of remains believed to be U.S. soldiers missing in action from the Korean War.

A recovery team near the Chosin Reservoir found two sets of remains believed to be soldiers from the 7th Infantry Division, which fought in the area in November and December 1950. More than 1,000 U.S. soldiers were lost in battles during the Chosin campaign, officials said.

The recovery missions were made possible by negotiations between the Pentagon&#8217;s Prisoner of War/Missing Personnel Office and the North Korean government; in July, the two sides agreed on a pair of two-month operations in 2003.

The deal only covered recovery of remains of missing Americans. The mission will wrap up in late October, when all of the recovered remains will be repatriated.

Since 1996, 26 recovery missions have been conducted in North Korea, during which 182 sets of remains believed to be those of U.S. soldiers were recovered.

&#8220;Until the remains of every American soldier are back with their families, we should never forget them, especially for what they did for us.&#8221;

Henault was cautiously optimistic about the fact that the conflicts in Afghanistan and Iraq were the first wars in which all U.S. servicemembers or their remains were accounted for. The emphasis on that was evident in the famed raid to recover Pfc. Jessica Lynch; during that mission, commandos reportedly spent hours digging with their hands to recover the remains of others taken prisoner with Lynch and her unit.