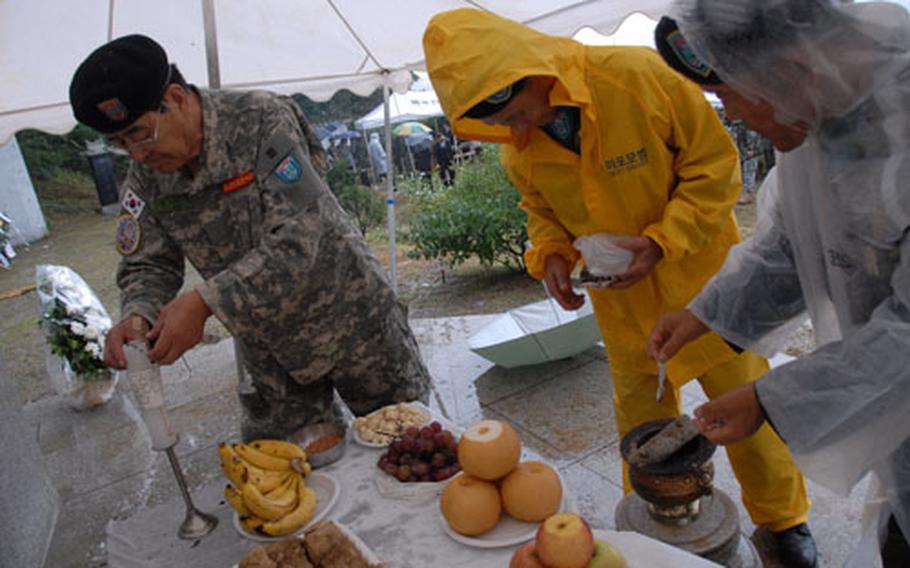 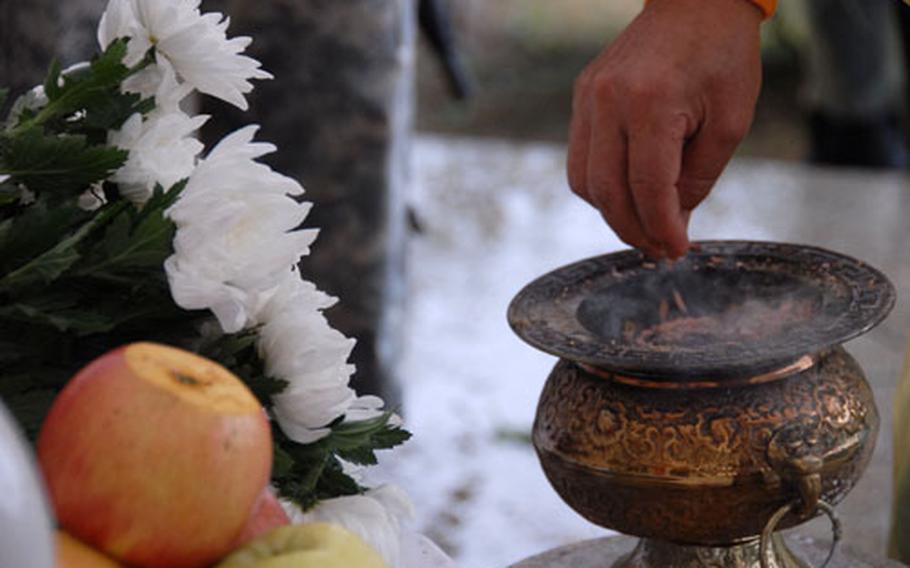 A South Korean drops incense into an urn during the ceremony. (Ashley Rowland / S&S) 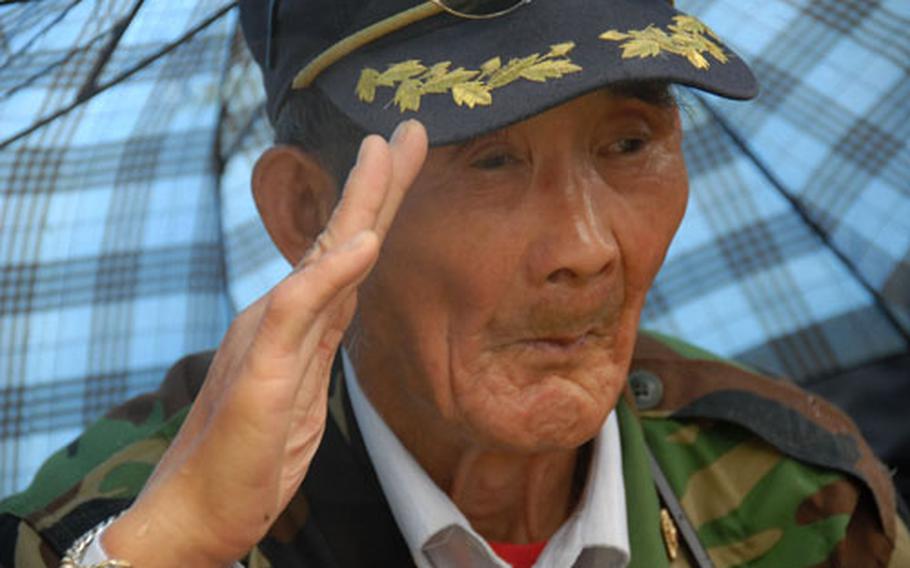 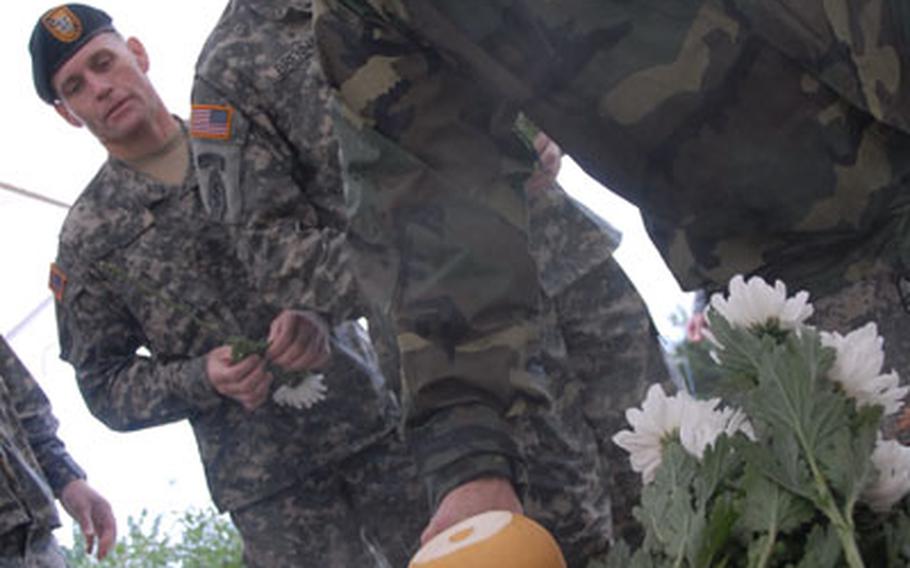 Members of the U.S. Special Operations Command Korea lay flowers on a table honoring Korean guerillas who fought against the North Koreans during the Korea War. (Ashley Rowland / S&S)

KYODONG ISLAND, South Korea &#8212; Cho Pyong-ung remembers how the fighting was so thick he sometimes couldn&#8217;t tell if he was shooting at his fellow soldiers or at the communists.

And even though his entire division of guerrilla fighters was killed, the 77-year-old said through a translator that he wasn&#8217;t afraid.

&#8220;I fought for my country, for my nation. I wanted to dedicate my body to protect the country and defeat North Korea,&#8221; said Cho, who was 21 when he left his home in North Korea and joined a band of anti-communists battling the North Korean army.

On Wednesday, he and dozens of other veterans and U.S. troops gathered at a graveside memorial service for the partisan fighters on the edge of rural Kyodong Island, separated from North Korea only by a barbed-wire fence and a few kilometers of water.

But like many of the other veterans who come to this ceremony every year, Cho gets angry when asked about how the South Korean government treats him &#8212; by giving him a small veteran&#8217;s check, but not as much as the soldiers who were officially part of the South Korean army.

After communist leader Kim Il Sung invaded South Korea in 1950, thousands of North Koreans fled and formed independent groups that fought the communists. They eventually were formed into the 8240th Army Unit under the United Nations Command. It was then that they began their work with the first U.S. special operations soldiers.

They operated from islands like Kyodong, still accessible only by ferry, that were relatively safe from attack because North Korea had no navy or air force.

The partisan fighters killed or captured about 7,000 North Koreans.

The fighters traveled behind enemy lines to fight and raid supplies.

Kim Woon-san, a 76-year-old woman who attended Wednesday&#8217;s ceremony, was both a nurse and a fighter, and said she killed 100 North Korean soldiers.

Commander Park Sang-joon taught Oriental history at a high school almost within sight of the memorial and rallied his students to fight against the North Koreans. He remembered using their bayonets to dig up North Korean mines on the shore, and replant them on enemy supply roads.

Their tactics are similar to what U.S. special operations soldiers do today. But because the guerrillas weren&#8217;t part of the U.S. military or South Korean military, they don&#8217;t get full veterans&#8217; benefits or recognition from their government.