CENTCOM: Up to 64 civilians killed in Iraq, Syria airstrikes 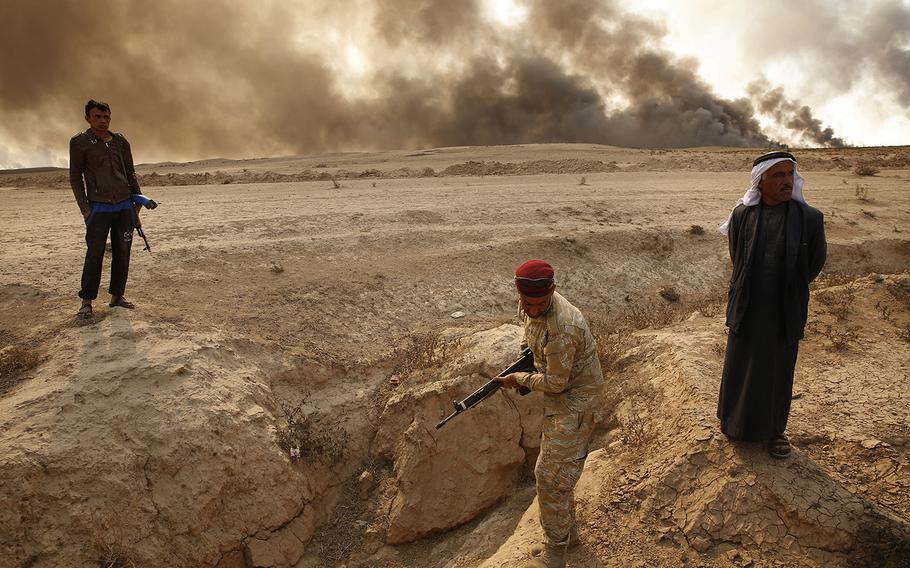 On the outskirts of the village of Al Hud, members of the Iraqi Army visit the area where locals say Islamic State executed four or five Peshmerga in recent months. Another grave containing many more people was in the area but too dangerous to visit due to mines. (Carolyn Cole, Los Angeles Times/TNS)

WASHINGTON — As many as 64 civilians have been killed in the last 12 months in airstrikes by the U.S.-led coalition fighting the Islamic State group in Iraq and Syria, U.S. Central Command announced Wednesday.

The civilian deaths and eight noncombatant injuries occurred in 24 strikes that were each independently investigated and deemed lawful, said Air Force Col. John Thomas, a spokesman for Central Command. Thirteen of the strikes occurred in Iraq and 11 in Syria.

Thomas said avoiding civilian casualties is a “key tenant” of the Operation Inherent Resolve campaign, and he emphasized the coalition believes it’s possible that less than 64 noncombatants were killed in the strikes.

“We have teams who work full time to prevent unintended civilian casualties,” he said. “… Sometimes civilians bear the brunt of military action, but we do all we can to minimize those occurrences even at the cost of sometimes missing the chance to strike valid targets in real time.”

Some outside organizations, including Amnesty International, have accused the U.S. military of inadequate investigations into reports of civilian deaths. In October, Amnesty International accused Operation Inherent Resolve airstrikes in Syria alone of killing more than 300 civilian between September 2014 and June 2016.

Pentagon and Central Command officials have disputed those numbers and touted the military’s commitment to transparency when it is accused of killing civilians.

Here are the airstrikes that Central Command said likely killed civilians since November 2015: