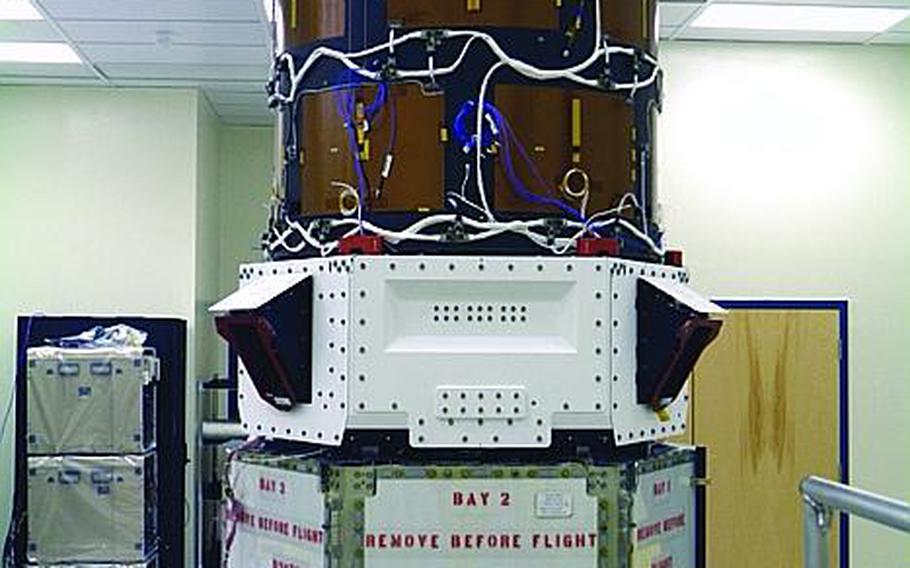 WASHINGTON &mdash; Commanders in Afghanistan and Iraq will soon be able to track the enemy with their own spy satellite.

ORS-1, developed by the Pentagon&rsquo;s Operationally Responsive Space Office and launched June 29, is the first satellite dedicated to a single combatant command. It&rsquo;s scheduled to start beaming back tactical imagery in August after a check of the satellite&rsquo;s systems is completed in orbit.

&ldquo;What it does for CENTCOM is it gives us direct command over the tasking of this particular satellite,&rdquo; said Col. Laura Berry, chief of the intelligence, surveillance and reconnaissance division for Central Command. &ldquo;For all the others out there, we have to compete with the rest of the intelligence community&rdquo;

The satellite adds a layer to CENTCOM&rsquo;s arsenal of intelligence tools, Berry said. Requests from combat commanders for overhead imagery that might have previously been handled by a slow-moving drone could be assigned to the satellite orbiting earth at more than 17,000 mph.

Though Berry said ORS-1 will be able to do everything that CENTCOM commanders ask of it, there&rsquo;s no doubt it&rsquo;s a modest satellite, said Peter Wegner, head of the Pentagon&rsquo;s ORS Office.

At about $200 million, it&rsquo;s a relative bargain &mdash; developed and launched at a fraction of the cost of a typical orbiting surveillance platform.

&ldquo;We&rsquo;re exploring the low end of what we can do in space,&rdquo; Wegner said. &ldquo;If you compare it to the air domain, it&rsquo;s like the difference between and F-22 fighter and a UAV,&rdquo; or unmanned aerial vehicle.

The 900-pound, dishwasher-sized satellite will survey the battlefield from orbit 280 miles high, using the same camera as the U-2 spy plane or Global Hawk drone &ndash;- attached to a telescope that makes the satellite look similar to a tiny Hubble Space Telescope tilted toward the Earth.

An orbit that carries it over the CENTCOM region every 90 minutes will let OSR-1 train its camera on any given spot for about 10 minutes, Wegner said. It will be able to survey many locations across a broad area very quickly, he said, and commanders can dispatch a drone to linger over areas identified by the satellite that need more in-depth coverage.

The quality of the images is comparable to those from a drone, Wegner said -- not razor sharp, but good enough to do the job. The main objective is to get the satellite aloft quickly enough for commanders to use it in the current conflicts in the CENTCOM region.

Larger, more complex spy satellites can take more than a decade to develop and launch, he said. With anti-terrorism efforts increasingly focusing on far-flung parts of the globe that might be out of reach for UAVs, the United States can gain a decisive edge by learning to put cheap but effective satellites into orbit quickly, he said.

&ldquo;From the time we got authority to proceed from the secretary of the Air Force to the time we launched was about 32 months,&rdquo; Wegner said. &ldquo;In a space acquisition context that&rsquo;s lightning speed.&rdquo;