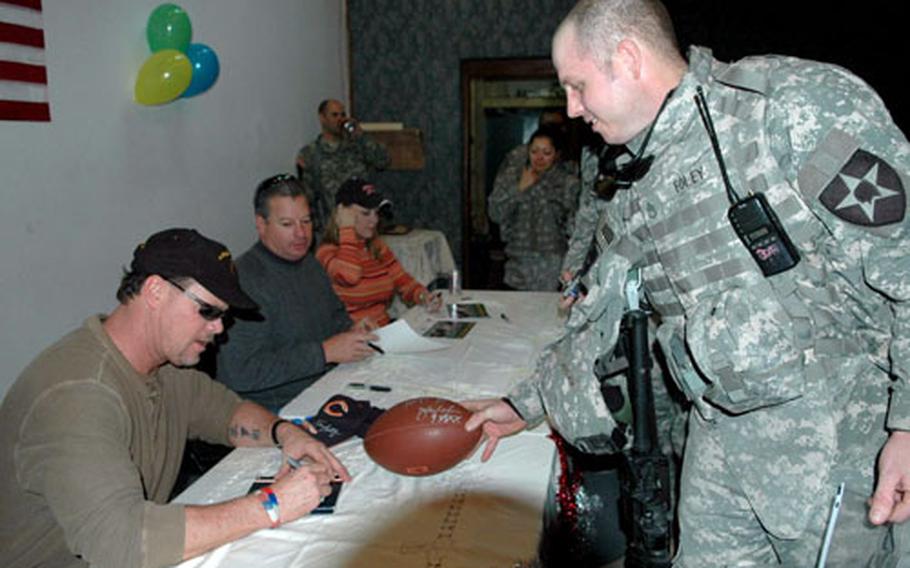 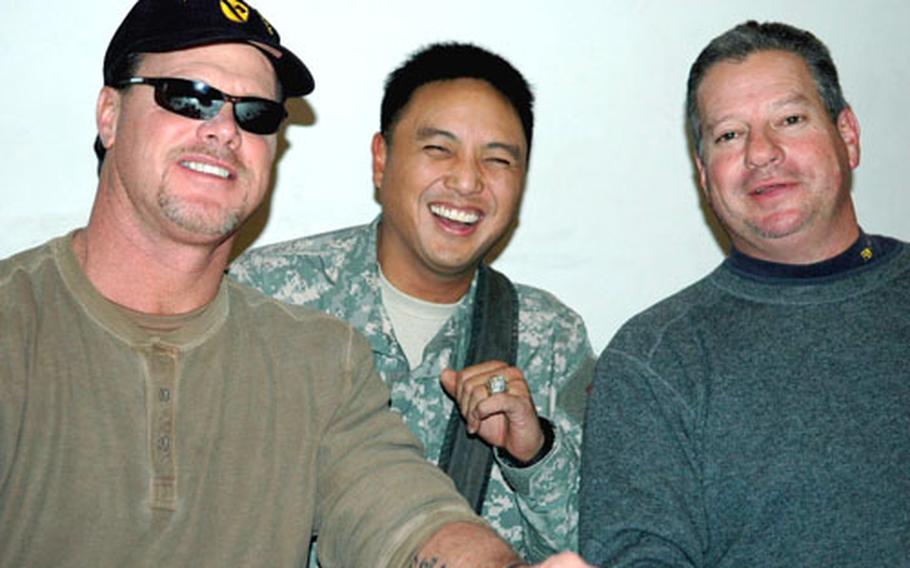 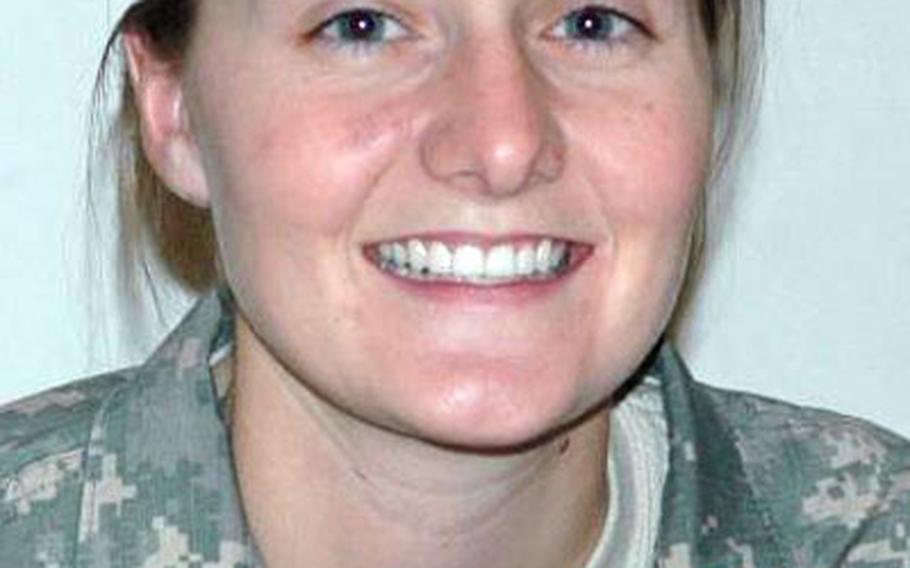 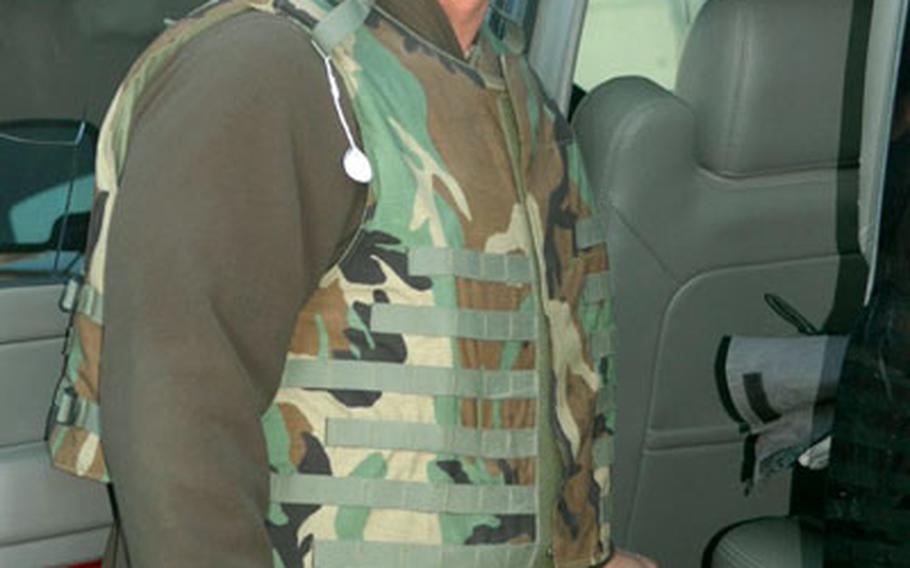 Jim McMahon prepares to leave Forward Operating Base Loyalty after his hour-long “handshake tour.” It was McMahon’s first trip to Iraq; he came after receiving an invitation from a soldier via his Web site. (Lisa Burgess / S&S) 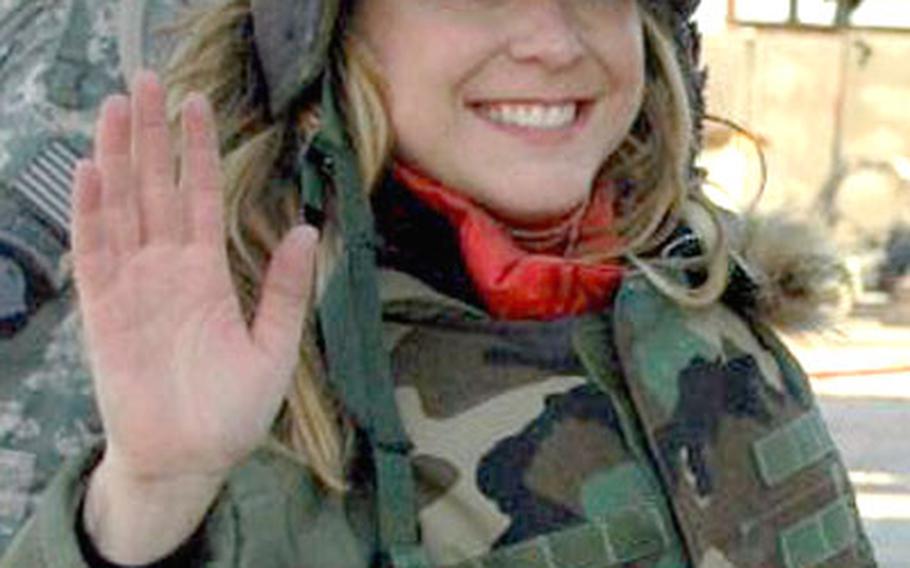 On Lund&#8217;s right was former Chicago Bear Kevin Butler, McMahon&#8217;s kicker for that 1986 face-off against the New England Patriots. The Bears defeated the Patriots 46-10.

Then, it was time for Sgt. Jovell MacAraeg, 37, of Porterville, Calif., to try on the ring.

MacAraeg, who works with Lund for the 2nd Brigade Special Troops Battalion&#8217;s B Co., Military Intelligence, finally asked the question on many people&#8217;s minds.

McMahon and Butler were silent. There was an awkward pause.

McMahon and Butler were part of a small celebrity delegation that arrived at Forward Operating Base Loyalty on Dec. 31 for a &#8220;handshake tour&#8221; with troops.

It was the first time the 2nd Infantry Division&#8217;s 2nd Brigade Combat Team has received celebrity visitors at the base, which is close to Sadr City and routinely mortared, since they arrived here in November, according to base spokesman Maj. Sean Ryan.

This was also McMahon and Butler&#8217;s first trip to Iraq.

McMahon was motivated to visit after receiving an invitation from a soldier via his Web site, according to Judy Seale, president of &#8220;Stars for Stripes,&#8221; a nonprofit Nashville, Tenn., organization that organizes celebrity visits to deployed troops and spokeswoman for the New Year&#8217;s tour.

The football players, along with Karri Turner, the actress who plays Lt. Harriet Sims on the television series &#8220;JAG,&#8221; and Dave Price, weatherman and feature reporter on CBS&#8217; &#8220;The Early Show,&#8221; spent three days in Iraq and visited eight bases, Seale said.

Turner, meanwhile, offered a movie-star smile and funny banter to her soldier fans, although she refused to take off her baseball cap that covered her trademark blonde mane.

When not shooting &#8220;JAG,&#8221; she does trips like this one, she said, visiting troops in Iraq a total of four times since 2003 and making trips to Afghanistan and South Korea.