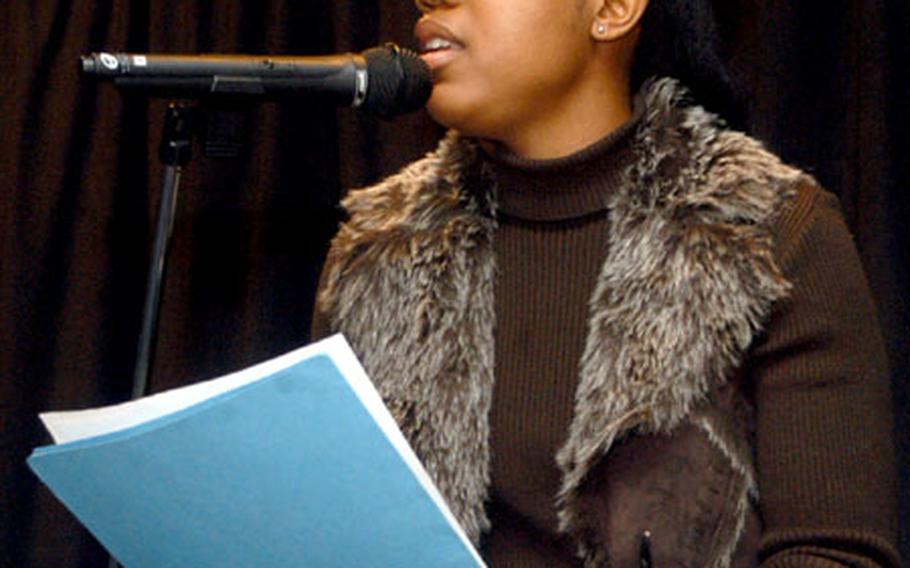 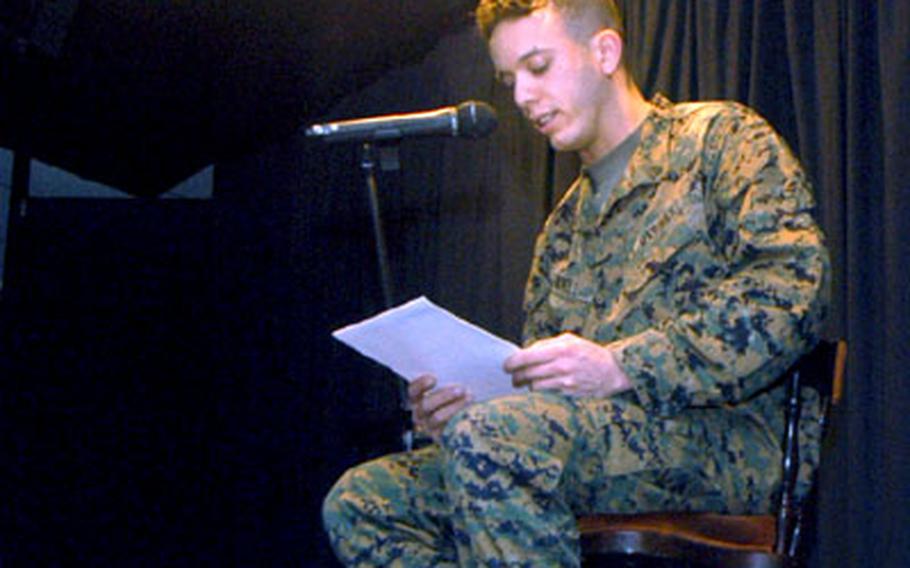 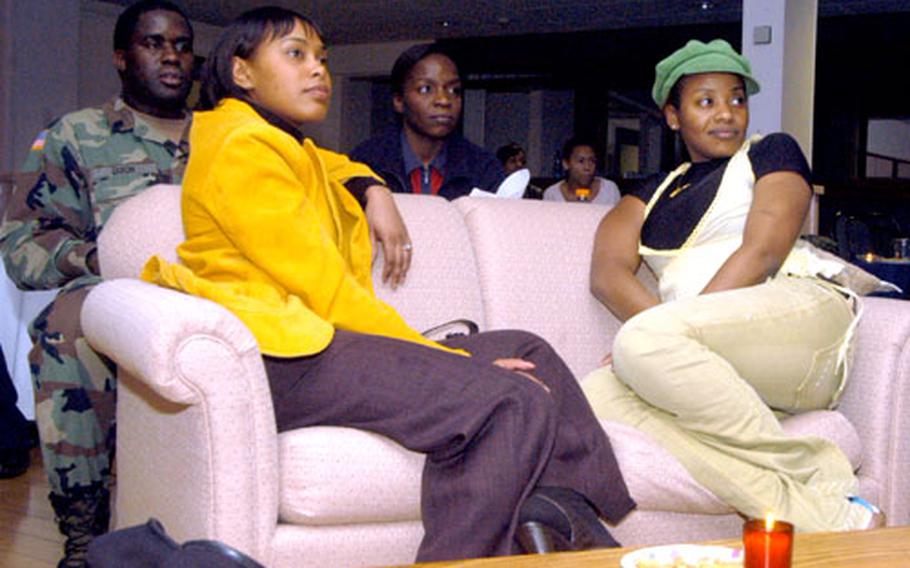 An audience listens to a poet onstage during a Poetry Showcase at RAF Alconbury last week. Although there was no specific theme to the poems recited, the showcase was in support of Black History Month. (Sean Kimmons / S&S) 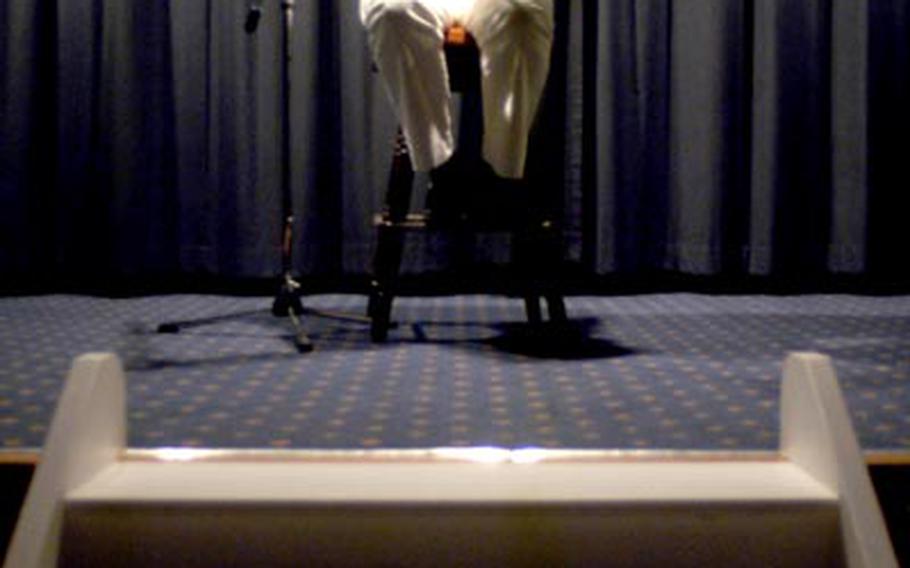 Under the glare of a spotlight, Inca Nixon, a military spouse, recites an original poem titled “Last 24.” (Sean Kimmons / S&S)

RAF ALCONBURY &#8212; Alone on a stage under the glow of a few spotlights, Staff Sgt. Natasha Cottrell prepared to recite a poem for a Poetry Showcase at RAF Alconbury last week.

Rhythmic and movement in the upward motion of my love,

The love that I have for you,

The audience began to snap their fingers &#8212; instead of the usual hand clap &#8212; as a unique way to show approval in the mellow setting with white loveseats and candles burning on every table.

Cottrell, a personnel specialist with the 48th Operations Support Squadron, then gave the audience an encore, reciting another poem.

Although the topic of the poems varied, the theme of the event was Celebrate, Act and Remember in support of Black History Month.

One of the coordinators of the event and president of the Joint Analysis Center&#8217;s Black Heritage Committee, Army Sgt. Latanga Clinton, said that the committee thought of having one poetry subject but then decided not to limit what people could read.

For about 2&#189; hours, poets spilled out emotions and feelings through personal poems about love, life experiences, human tragedy and the struggles black people have endured.

Clinton has played a role in other Alconbury black history events, including a family fun day, an essay contest for kindergartners through seventh-graders and a banquet, which will be held at the Stukely Inn on Saturday.

Freedom of expression was the main reason Cottrell came out to the poetry showcase, she said.