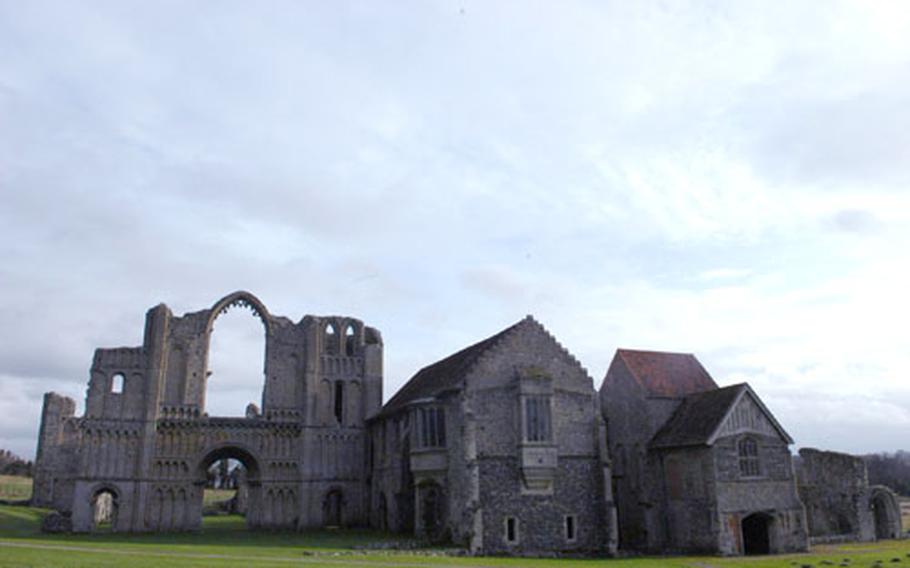 The Castle Acre Priory in Norfolk is one of the best preserved monastic compounds from medieval times. To the left is the remaining facade of the monks&#39; church. (Geoff Ziezulewicz / S&S)

The Castle Acre Priory in Norfolk is one of the best preserved monastic compounds from medieval times. To the left is the remaining facade of the monks&#39; church. (Geoff Ziezulewicz / S&S) A view of the church from the inside. That small stone mound in front was once the altar. (Geoff Ziezulewicz / S&S) 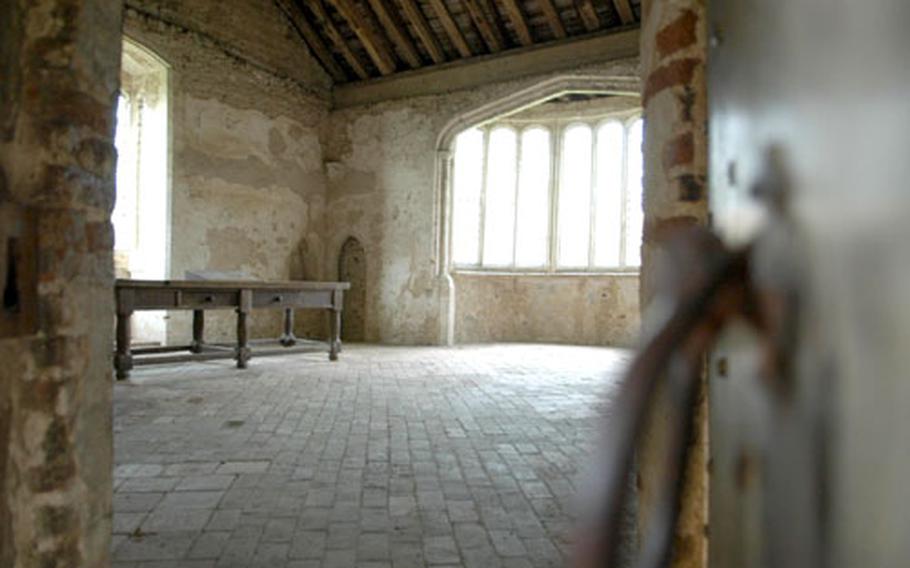 A few of the compound&#39;s buildings kept their roofs over the centuries, and are largely as they were when the monks lived here. The priory was built in the 11th century. (Geoff Ziezulewicz / S&S) 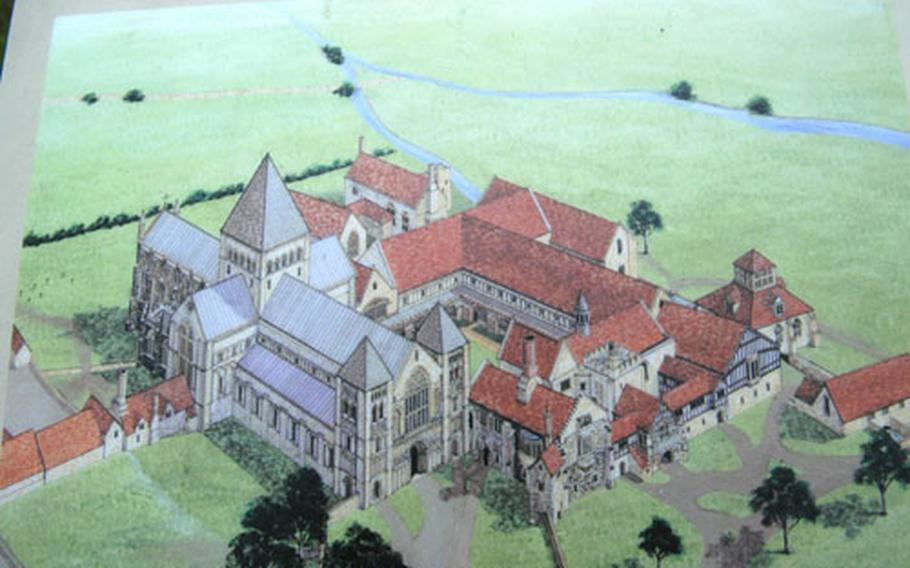 A marker near the priory remains shows what the compound looked like in its heyday. (Geoff Ziezulewicz / S&S)

CASTLE ACRE &mdash; Some ruins can get a little ruinous for the adventuring tourist after a while. See that 4-foot-long section of brick wall, the part you can barely see out of the dirt? It&rsquo;s from Roman times! Or over there, that pillar that doesn&rsquo;t really look like a pillar at all? It&rsquo;s from some old age too.

Sometimes though, the ruins live up to the hype and you&rsquo;re left exclaiming, &ldquo;Blimey! That&rsquo;s old!&rdquo;

If you like checking out the long history of England, and want to see something that still resembles its glory days, take a trip to the Castle Acre Priory, a former medieval monk compound in Norfolk that is one of the best preserved monastic sites in the country.

As it stands now, the priory is largely the skeletal frame of what it was after being built in 1090. A few buildings in the compound still have roofs and are just as they were back then, but the main church and much of the other buildings are no more than grass-covered ruins of a time long gone.

But those ruins tell a lot, and from the church fa&ccedil;ade that still stands at full height to the courtyards and various side passages, it&rsquo;s a fun site to explore.

Where once the monks strode across floors, now there is manicured grass under your feet. From the old altar to a stream that apparently was the latrine, the site offers a great glimpse into the Middle Ages.

The priory was built by William de Warrenne, an earl of Surrey and the right hand man of William the Conqueror, according to Elizabeth Palmer, site supervisor for the priory, which is overseen by English Heritage, a preservation group.

&ldquo;Because he did really well, they said &lsquo;Here&rsquo;s a huge parcel of land for you,&rsquo;&rdquo; Palmer said.

But after being inspired by a French monastery, Warrenne commissioned his own and brought in some monks, she said. Word has it that hosting a holy community was a good way to the pearly gates.

&ldquo;You sat with God pretty quick if you had all these monks,&rdquo; Palmer said.

In the 16th century, Henry VIII dismantled the church and kicked the monks out. While the area that still has a roof was used as a barn for a while, the site came under the care of the British government in 1929, she said.

While upkeep is allowed on site, no rebuilding or add-ons are allowed, Palmer said.

When you&rsquo;re finished, check out the Castle Acre village for some quaint shopping and dining options. It&rsquo;s the perfect way to get medieval for a day.

Getting thereWhat: The ruins of a monastery that dates back to 1090, the perfect place for young and old alike to do some medieval exploring. Handheld audio tour guides are available to show you around.