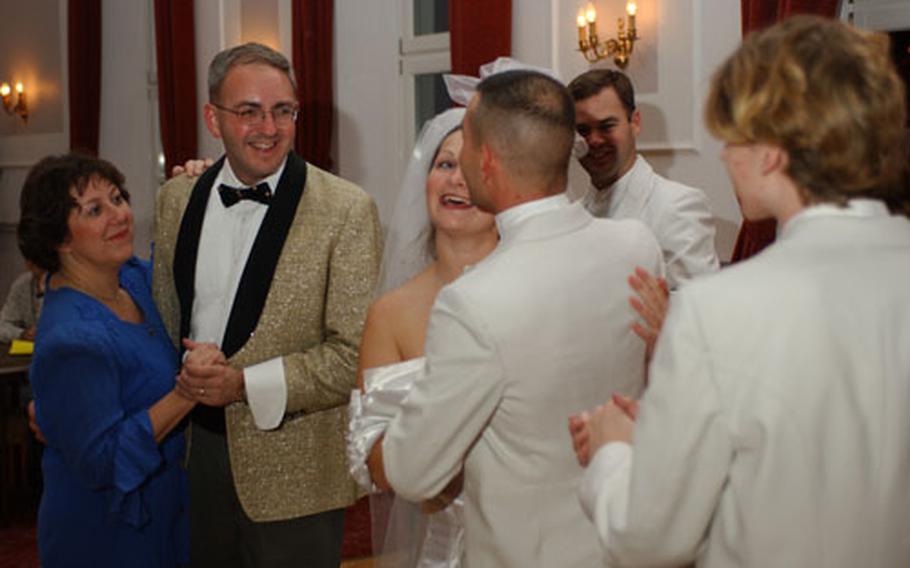 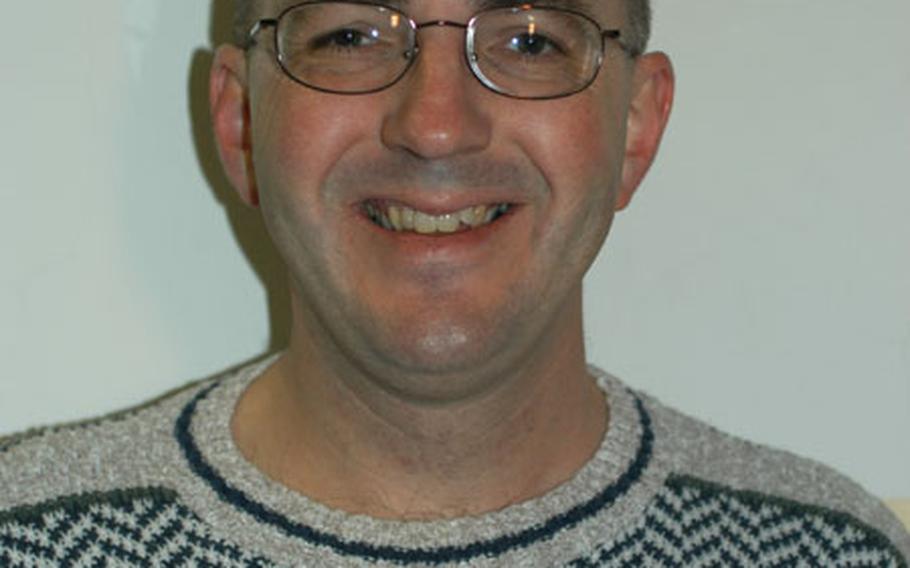 BAMBERG, Germany &#8212; On paper, the bandmaster for the 1st Infantry Division Band may not seem the best choice to write witty, colorful and touching songs for a musical about a wedding.

But when writer/producer Dan LaMorte asked Chief Warrant Officer 3 Gordon Kippola to write some original songs for his play &#8220;Viva Las Wedding,&#8221; the result was 15 songs that get audience members on their feet and haunt the cast even after rehearsals and performances are over.

&#8220;The performances were very well received. They got up on the dance floor and really got into it.&#8221;

Of course, that&#8217;s the intent of the interactive play, which had performances in W&#252;rzburg earlier this month and in Bamberg last weekend. Audience members are supposed to be wedding guests; they get dinner, drinks and are encouraged to dance, LaMorte said.

That&#8217;s a big endorsement from LaMorte, a professional director and acting teacher who ran his own theater company in Chicago for 17 years. Now, he mentors the Act One theatrical group in the Kitzingen military community.

&#8220;The variety of songs is amazing,&#8221; LaMorte said. &#8220;We&#8217;ve got these numbers from the Vegas floor show that are witty, even bawdy. His lyrical sense for the love songs is poignant and touching. His music added color and helped build the characters.&#8221;

Anselmo-Henke had some reservations about singing in the play.

Kippola admits that he can&#8217;t hit some of those notes. He said the first time he had to sing the songs to the other cast members was an awkward day.

But now, months later and with the performances behind him, Kippola is ready for more.

LaMorte and Kippola plan to get &#8220;Viva Las Wedding&#8221; produced commercially. But that project will be on hold until Kippola returns from an Iraq deployment, which begins early next year, and then retires after 20 years of service.