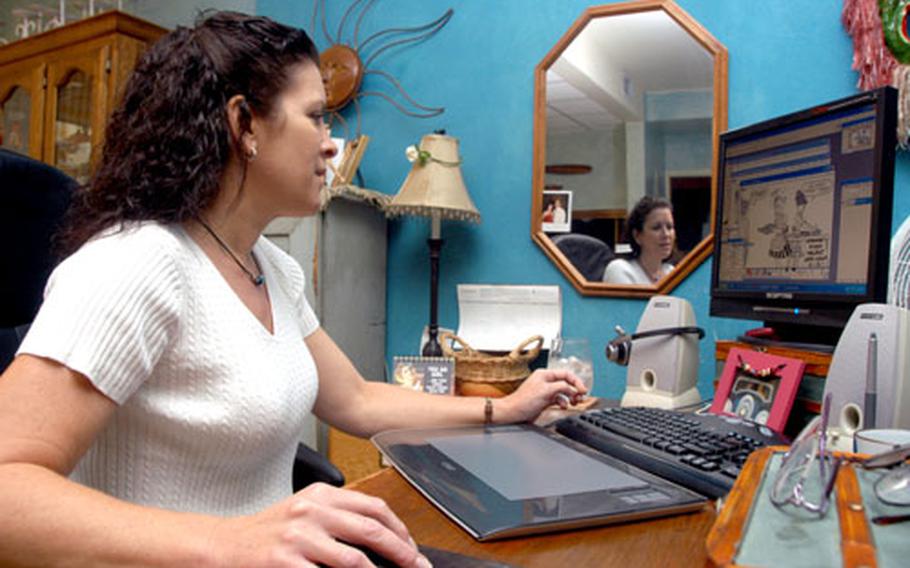 Julie Negron adds the final touches onto a "Jenny" strip at her Okinawa home. Negron has been doing the cartoon for about two years and recently submited her 100th strip for publication in Stars and Stripes. (Will Morris / S&S)

Julie Negron adds the final touches onto a "Jenny" strip at her Okinawa home. Negron has been doing the cartoon for about two years and recently submited her 100th strip for publication in Stars and Stripes. (Will Morris / S&S) 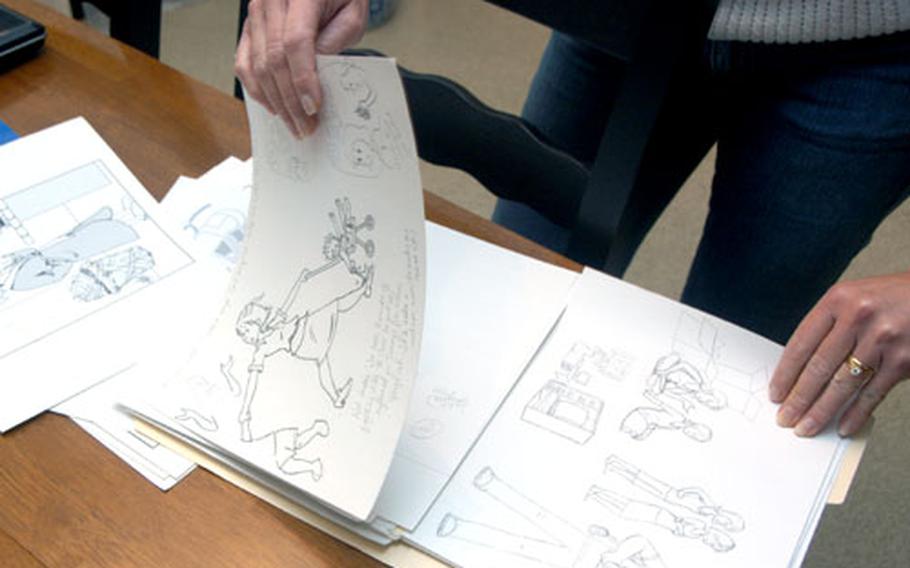 Julie Negron thumbs through a stack of raw "Jenny" strips at her Okinawa home. (Will Morris / S&S) 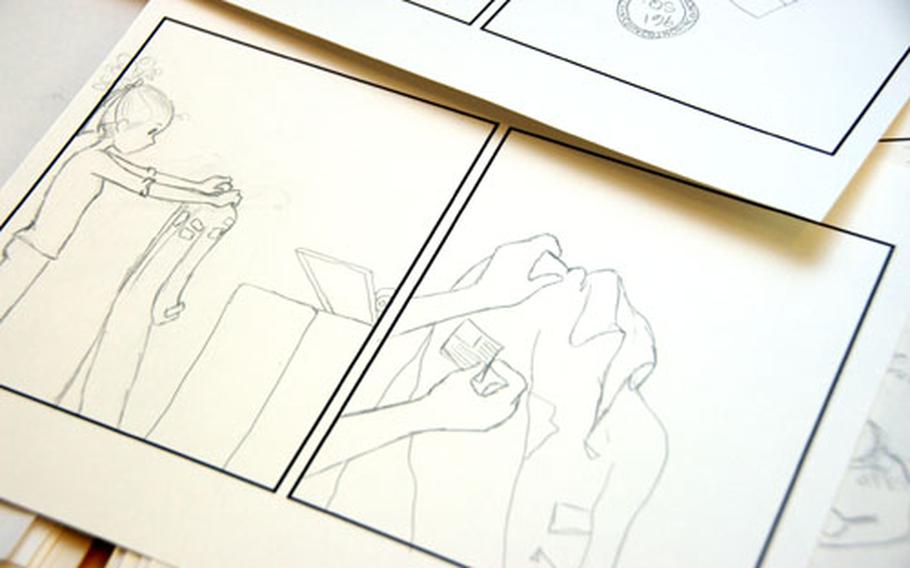 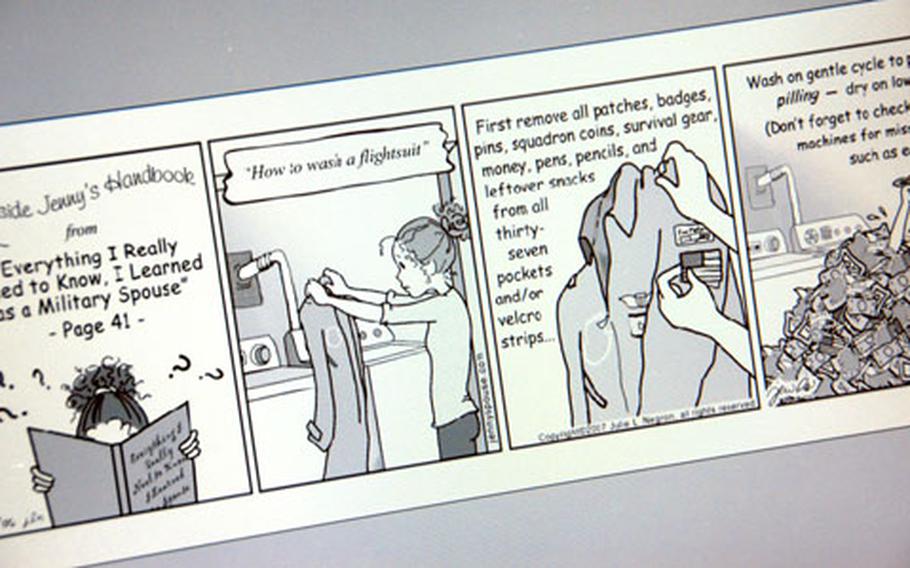 After scanning raw drawings into her computer, Julie Negron uses a graphics program to shade the characters in her strip. It the series pictured here, the strip&#39;s main character, Jenny, washes her husband&#39;s flight suit. (Will Morris / S&S)

KADENA AIR BASE, Okinawa &#8212; Deployments, TDY orders and world travel &#8212; not the usual fare for a cartoon, but then again, Jenny is no average cartoon character.

&#8220;Jenny,&#8221; the first comic strip about the lives of military spouses, is the creation of Julie Negron. Negron, an Air Force spouse herself, started drawing the strip about two years ago in her home on Kadena Air Base, Okinawa, where she continues creating the strip today.

&#8220;Jenny&#8221; is one of three military-orientated cartoon strips featured in Stars and Stripes.

Negron, a self-taught illustrator, started her drawing career creating editorial cartoons for an Oregon newspaper when an opening suddenly came up. The old cartoonist had just died.

She was hired the same day after a brief interview. She worked at the paper for a couple of years, drawing cartoons on assignment. When Negron moved, she drew cartoons for the base newspapers wherever her husband was stationed. While the editorial cartoons were largely about political issues, the inspiration for &#8220;Jenny&#8221; comes from a different source entirely.

Through Jenny and the other characters in the strip, Negron deals with all the aspects of military life, from TDY orders and navigating unit politics, to packing for a move and washing a flight suit.

In one particularly poignant strip, one of the characters, Cassie, described by Negron as the &#8220;blonde, beautiful, somewhat ditsy&#8221; wife of a fighter pilot, deals with filling out emergency forms. When asked who she would want most to be with her &#8220;in the event&#8221; of notification of her husband&#8217;s death, her answer was simple: her husband.

Cassie winds up throwing down the emergency information forms and leaving the room.

Other characters in the strip include Patty Lynn, the spouse-club president, whose ability to obtain information borders on the encyclopedic, or prophetic. Her thing is telling spouses where they are being sent next, before their husbands know, or sending wives into a panic upon telling them they are &#8220;glowing.&#8221;

Negron said creating the strip is simple. She carries a notebook with her and writes down snippets of ideas. When she doesn&#8217;t have her notebook, she&#8217;ll grab anything she can to write on. After she has an idea, she roughs out some sketches on paper and then finalizes the drawing.

The reaction to the strip, Negron said, has been huge.

She has received several hundred e-mails about the strip and has about 1,000 hits daily on her Web site.