Cartoonist Mauldin is laid to rest at Arlington 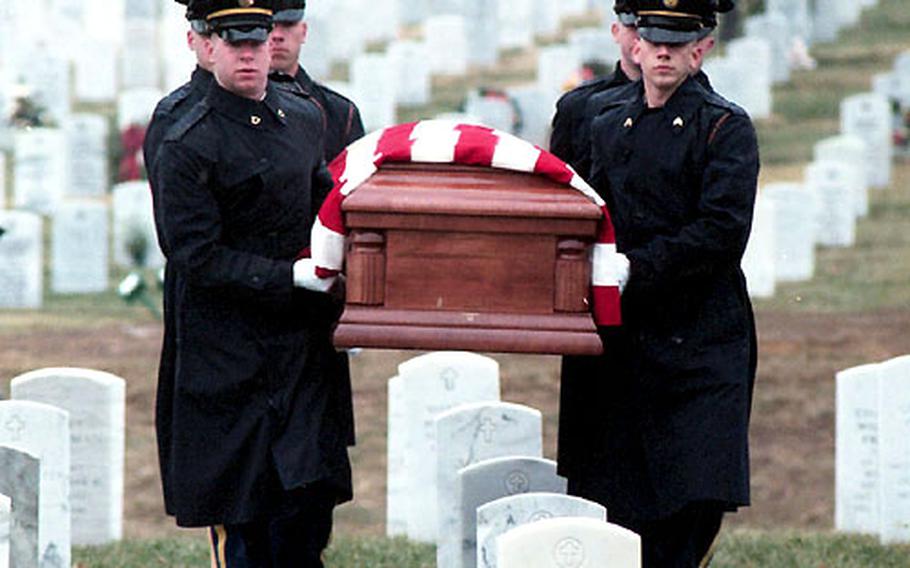 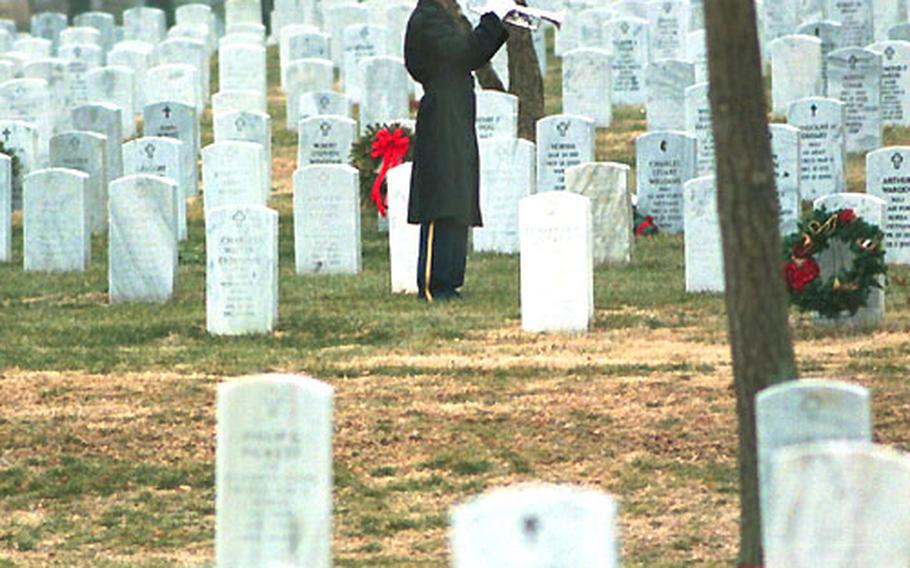 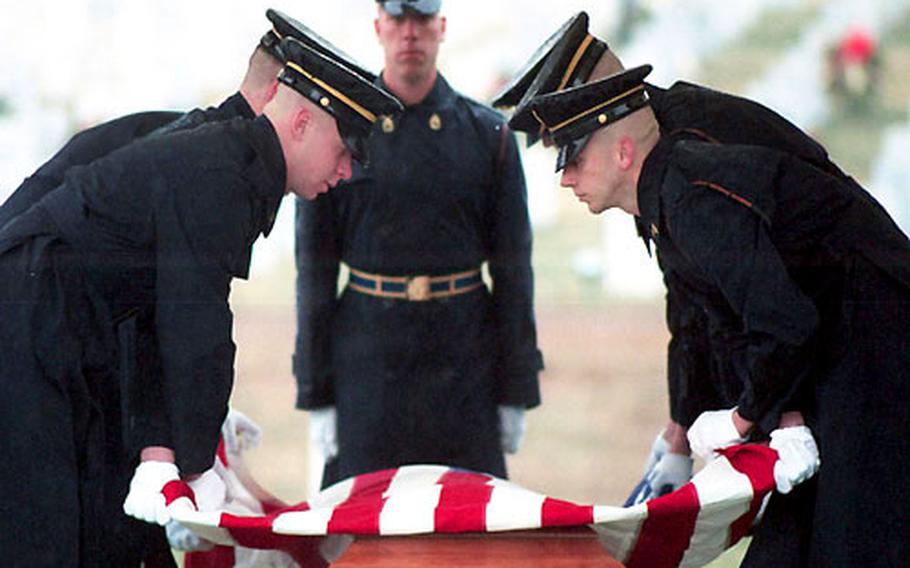 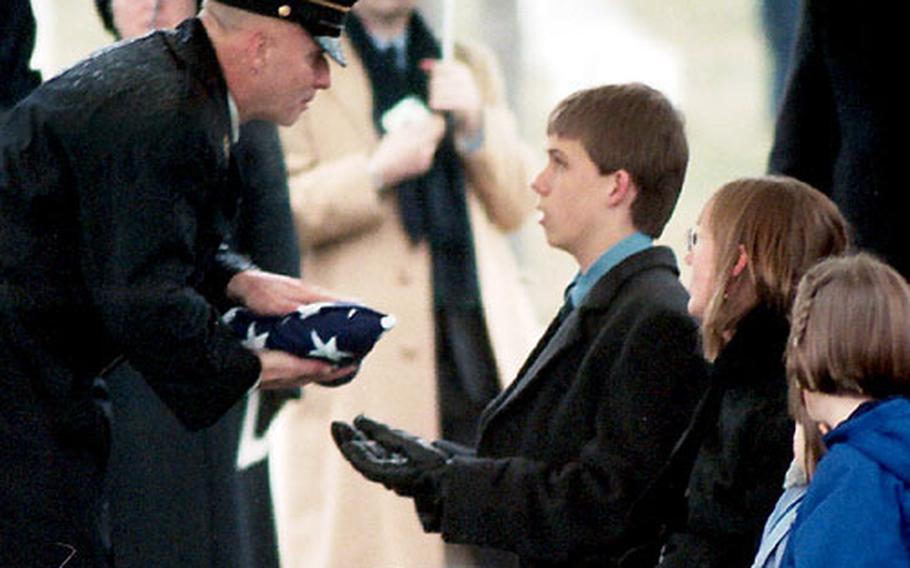 WASHINGTON &#8212; Under skies as bleak as the battered Europe he once drew, former Stars and Stripes cartoonist Bill Mauldin was laid to rest Wednesday at Arlington National Cemetery.

But it was his life that was remembered by Chaplain (Maj.) Douglas Fenton and about 50 mourners, mostly family, that gathered in a cold drizzle to pay their respects.

The chaplain listed war heroes and leaders buried at Arlington, then spoke of &#8220;the man we honor today, loved by the &#8216;greatest generation,&#8217; a man who led hearts and warmed smiles&#8221; with his distinct talents.

Fenton mentioned one of the thousands of letters Mauldin received while in the nursing home, relaying that the soldier said Mauldin&#8217;s &#8220;humor kept them moving forward, even in the face of adversity.&#8221;

And with the Pentagon behind them in the distance, seven soldiers from the 3rd U.S. Infantry Regiment, The Old Guard, fired three volleys into the cold air for Mauldin, a Purple Heart recipient.

After Taps was played, Sgt. Maj. of the Army Jack Tilley took the flag from the honor guard and presented it to Sam Mauldin, the 16-year-old son of the Pulitzer Prize-winning artist.

One of Mauldin&#8217;s other sons, David, spoke after the ceremony. Before taking questions, he insisted that those who wrote to his father in the last months of his life be thanked.

&#8220;The family is so grateful to the soldiers and veterans who wrote to Dad at the nursing home to express their thoughts and feelings. It really made a difference to Dad.&#8221;

Though Alzheimer&#8217;s disease had begun to rob Mauldin of his faculties, he still understood the significance of the gestures.

Newspaper columnist Bob Greene wrote in August that the cartoonist was in failing health, and provided an address where admirers could send their wishes. Asked how many letters his father had received, David paused.

The younger Mauldin noted, as did many at the brief ceremony, that the cold and drizzle was the perfect setting for his father&#8217;s funeral.

It was so dismal one had to wonder if Willie and Joe, his bleary-eyed protagonists in many a cartoon, were not there in spirit.

David Mauldin recalled a cartoon in which his father captured the camaraderie of soldiers at the front.

Sitting down in the reeds, their feet lost in the muck, Willie thanks his buddy with the best gift he could give, given the circumstances.

And he started to cry.