Cartoonist Bill Mauldin, friend of GIs as creator of 'Willie and Joe,' dies at 81 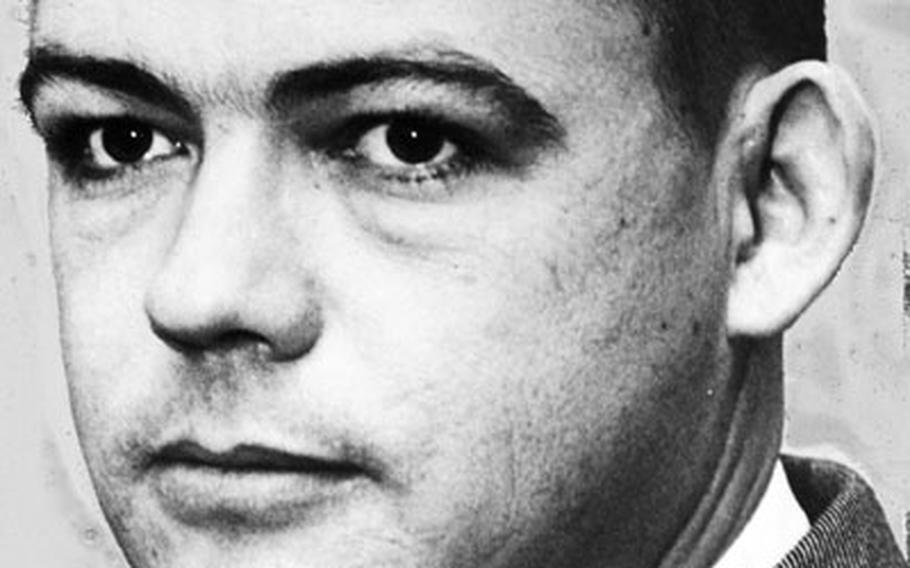 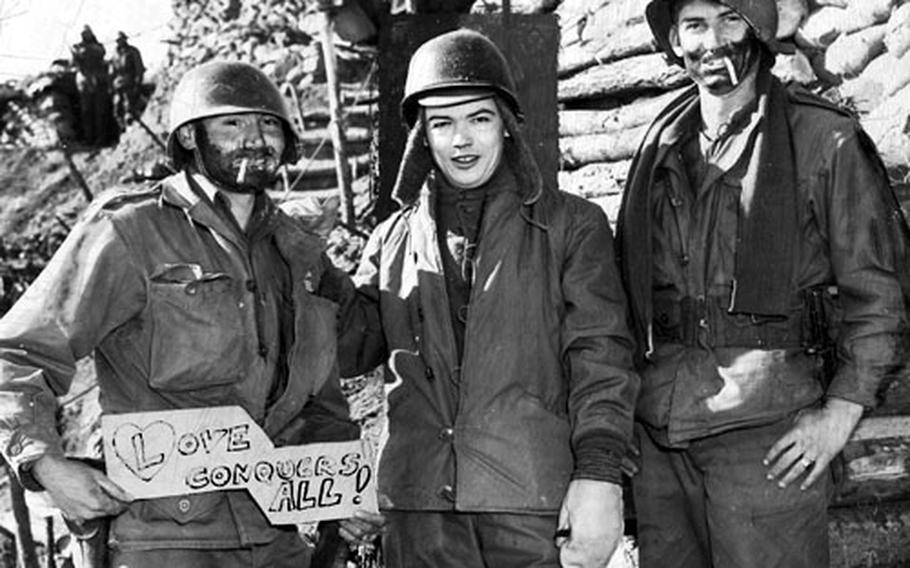 As they trudged back home from the trenches of World War II, U.S. soldiers would tell stories of how they knew they couldn&#8217;t lose because they had a secret weapon on their side.

It wasn&#8217;t a gun or a bomb, but a fellow soldier named Bill Mauldin, who took pen to paper and depicted the horrors of war, often with sharp-edged humor.

Mauldin, a Pulitzer Prize-winning cartoonist best known for his drawings in Stars and Stripes, died Wednesday. He was 81.

One of the 20th century&#8217;s pre-eminent editorial cartoonists, Mauldin died of complications from Alzheimer&#8217;s disease, including pneumonia, at a Newport Beach, Calif., nursing home, said Andy Mauldin, one of the cartoonist&#8217;s seven sons.

Mauldin, who was an Army rifleman, drew a pair of tired and downtrodden soldiers named Willie and Joe, whose wry observations of life on Europe&#8217;s front lines were loved by soldiers and loathed by many in command, including Gen. George S. Patton.

William Henry Mauldin was born Oct. 29, 1921, in Mountain Park, N.M., the son of a hard-drinking jack-of-all-trades who moved the family around the Southwest and northern Mexico during the Depression in search of work.

At 13, Mauldin saw an ad for a correspondence course in cartooning in Popular Mechanics magazine that claimed one could earn as much as $100,000 a year. Mauldin borrowed the $20 tuition from his grandmother and enrolled. A teacher in high school helped him further nurture his talent, and he attended the Academy of Fine Art in Chicago.

Mauldin enlisted in the Army in 1940 and, assigned as a rifleman to the 180th Infantry, started drawing cartoons depicting training camp for the Division News, the newspaper for the 45th Division.

Mauldin called himself &#8220;as independent as a hog on ice,&#8221; and his nonconformist approach occasionally brought him trouble from the top.

A meeting between Patton and Mauldin was arranged after Patton threatened to stop distribution of Stars and Stripes in 3rd Army areas because of cartoons and photographs which depicted soldiers in &#8220;unsoldierly&#8221; appearance.

Mauldin recalled the meeting in his book, &#8220;The Brass Ring,&#8221; published in 1972: &#8220;There he sat, big as life even at that distance. &#8230; A mass of ribbons started around desktop level and spread upward in a flood over his chest to the top of his shoulder, as if preparing to march down his back, too.

&#8220;&#8216;Now then, sergeant, about those pictures you draw, where did you ever see soldiers like that? You know damn well you&#8217;re not drawing an accurate representation of the American soldier. You make them look like bums. No respect for the Army, their officers or themselves.&#8217;&#8221;

Patton grilled Mauldin about his cartoons, finally telling Mauldin that they &#8220;understand each other now.&#8221;

Mauldin wrote: &#8220;Years later, I read of Patton&#8217;s reaction when [Gen. Dwight D. Eisenhower&#8217;s aide, Navy Capt. Harry] Butcher read my account of the meeting to him over the phone. When he quoted me as saying I hadn&#8217;t changed the general&#8217;s mind, there was a chuckle. When he came to the part about his not changing my mind, either, there was a high-pitched explosion and more talk about throwing me in jail if I ever showed up again in 3rd Army.&#8221;

After he left the military, Mauldin did freelance work. He joined the St. Louis Post-Dispatch in 1958, and moved to the Chicago Sun-Times in 1962.

It was at the Sun-Times that he drew one of his most poignant and famous cartoons when President Kennedy was assassinated. The drawing showed a grieving Abraham Lincoln, his hands covering his face, at the Lincoln Memorial.

But for World War II veterans, Mauldin will be best remembered for uplifting their spirits during the darkest days of the war.

Many of Mauldin&#8217;s admirers had showered him with letters of thanks in recent years as his health slowly declined.

Mauldin is survived by former wives Jean Mauldin and Christine Lund and all of his sons. Funeral arrangements were incomplete, but burial is planned in Arlington National Cemetery.

Click here for a selection of Bill Mauldin&#39;s World War II cartoons. Mauldin won a Pulitzer Prize for his efforts as a Stripes cartoonist.

1945:Bill Mauldin sketches foxhole life as only the doughboys know it

1972:Mauldin remembers: Flak from the Air Force; appointment with Patton. (Excerpt from The Brass Ring)

1984:Former S&S cartoonist Mauldin back in Rome for anniversary

1995:Bill Mauldin: An unwilling warrior but champion of the infantry

Some of Bill Mauldin&#39;s many books. (Please note that some may be out of print, but may be available at used book stores or through online book dealers.)

Mud and Guts: A Look at the Common Soldier of the American RevolutionDIANE Publishing Company, July 1996

Let&#39;s Declare Ourselves Winners . . . and Get the Hell OutBallantine Books, Inc., September 1985