Carter: Soldier died in combat in Iraq, but not in a combat role 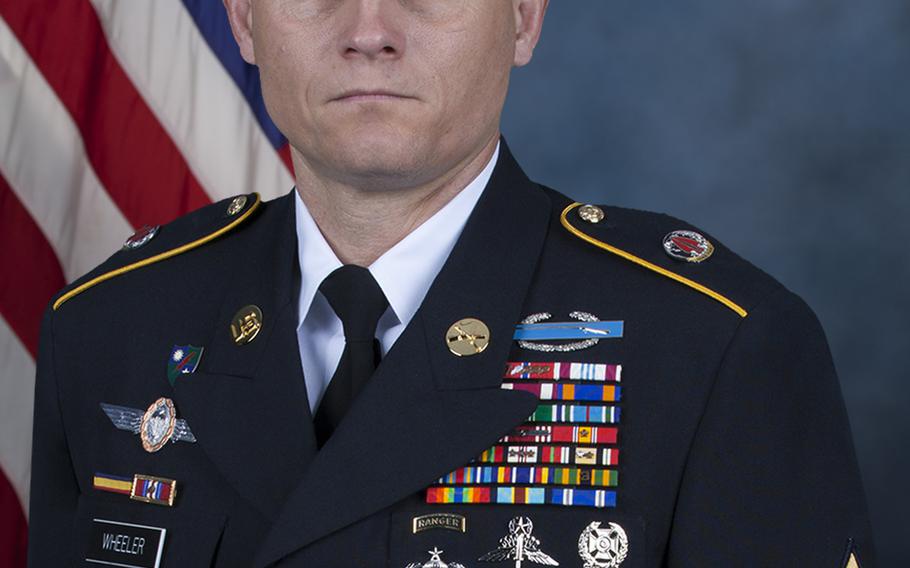 WASHINGTON — Master Sgt. Joshua L. Wheeler was killed in combat Thursday, shot in a firefight with Islamic State forces in Iraq, though he wasn’t serving in a combat role, Secretary of Defense Ash Carter said Friday.

Wheeler was part of the U.S. forces and Kurdish peshmerga fighters who raided a prison outside of Hawijah in Kirkuk province to free hostages from their Islamic State captors. Carter approved the rescue under Operation Inherent Resolve.

“We’ll do more raids,” he said Friday during a Pentagon news briefing. “It doesn’t represent us assuming a combat role. It represents a continuation of our advise-and-assist mission.”

Wheeler’s death, the first at the hands of enemy forces since the U.S. withdrawal from Iraq in 2011, raised questions about whether the U.S. forces were operating beyond the “train, advise, assist” mission that President Barack Obama authorized when the United States began attacks against the Islamic State last year.

Obama had declared the end of combat operations in Iraq in August 2010. Last year, the president informed Americans that U.S. forces would be returning to Iraq after the Islamic State captured much of the country’s northwestern provinces.

“These American forces will not have a combat mission — we will not get dragged into another ground war in Iraq,” the president said.

Larry Korb, a senior defense fellow for the Center for American Progress who was an assistant secretary of defense under President Reagan, disagreed.

“Of course it’s combat,” Korb said. “They are trying to say it’s just train and advise. No — it’s combat.”

On Friday, Carter offered some details about the firefight inside the Iraq prison where Wheeler suffered his fatal wounds. He elaborated on Wheeler’s actions on the battlefield, but he said he wasn’t prepared to share more details.

“This is combat; things are complicated,” Carter said.

But moments earlier in the news briefing, Carter said the prison raid did not indicate a change in the combat role of U.S. troops in Iraq. He also was clear that operations like the raid in Hawijah was the kind of mission that the 3,500 U.S. forces deployed in Iraq will take part.

According to the Internal Revenue Service, the president designating an area a combat zone qualifies it for certain tax exemptions and pay benefits. Iraq has been designated a combat zone since 1991, according to the IRS. The Defense Department recertified Iraq for imminent danger pay, or “combat pay,” as it is commonly known, in January 2014, meaning the 3,500 troops serving there receive an extra $225 a month in their paychecks.

“There are Americans involved in training and advising Iraqi security forces around the country. We do not have combat formations there the way we had once upon a time in Iraq, or the way we have had in years past in Afghanistan,” Carter said. “But we do have people who are in harm’s way.”