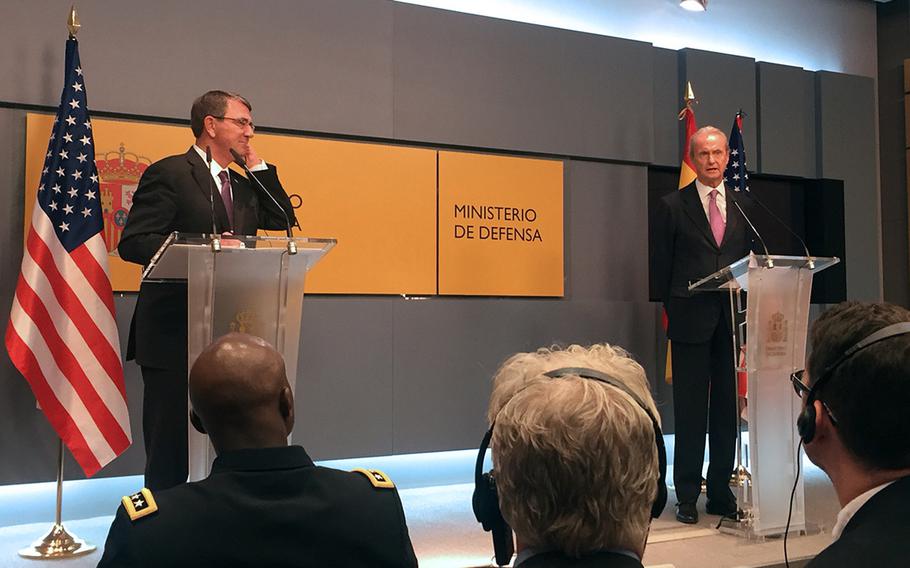 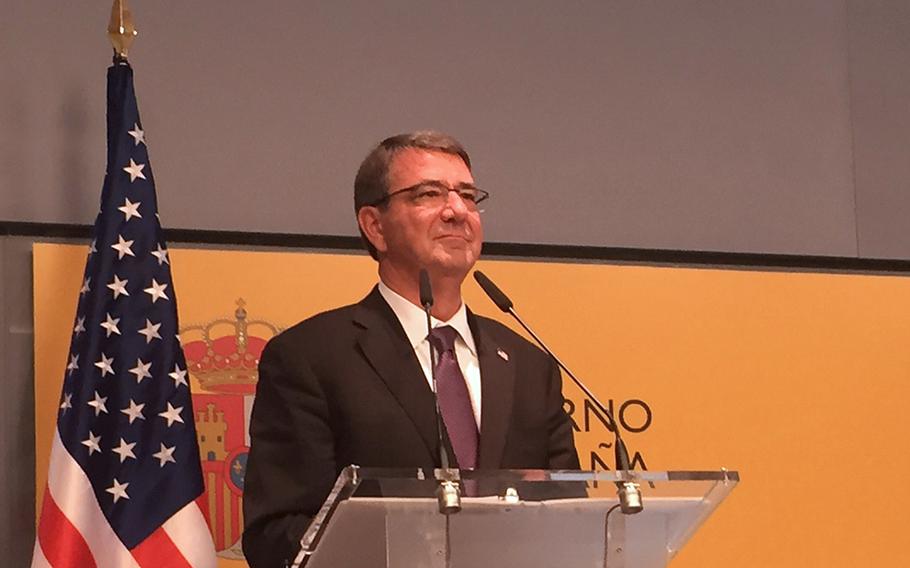 MADRID — Russia must “act in a safe and professional manner” as it continues to conduct airstrikes in Syria, Defense Secretary Ash Carter said Monday.

Russian and U.S. and coalition aircraft have continued their separate bombing campaigns over Syria in recent days, escalating the risk that miscommunication could lead to unintended collisions.

Moscow announced on Sunday that an assortment of Su-34, Su-24M and Su-25 jets conducted 20 flights over Syria over the weekend, hitting 10 Islamic State targets.

The U.S. has challenged that assessment, alleging that Russia is targeting moderate Syrian fighters who oppose the government of President Bashar Assad, not Islamic State positions.

The U.S. conducted 16 airstrikes over the weekend, according to DOD reports.

The two powers began last week to discuss the technical details of airspace operations over Syria, but no terms have been agreed to.

“In the meantime, we call on Russia to act in a safe and professional manner, uphold international standards for safety, and respect the sovereignty of all nations, most recently our NATO ally, Turkey,” Carter said.

Turkey has warned Russia not to conduct airstrikes in Syria and has not allowed Russian aircraft to traverse its airspace. On Monday, Turkey summoned the Russian ambassador and issued a formal protest over what the government said was a violation of its airspace by a Russian fighter that briefly crossed over the Syrian border.

Russia maintains its air activities over Syria are being conducted at Syria’s official invitation and hence entirely within the framework of international law. In contrast, the U.S. and its allies have been conducting airstrikes in Syria without the formal consent of Damascus.

Carter is in Europe to highlight the security needs of NATO’s southern members, who have faced a massive influx of refugees fleeing Syria’s almost five-year-long civil war. Russia’s entry into the war last week by launching airstrikes to bolster Assad’s government “is tantamount to pouring gasoline on the fire of civil war,” Carter said.

The defense secretary is pushing a narrative of U.S. cooperation versus Russian isolation, making the case that the U.S. is working with a coalition of more than 60 nations, while Russian President Vladimir Putin’s decision to back Assad through unilateral airstrikes “is tethering Russia to a sinking ship.”