Carter presses case for billions of dollars in nuclear spending 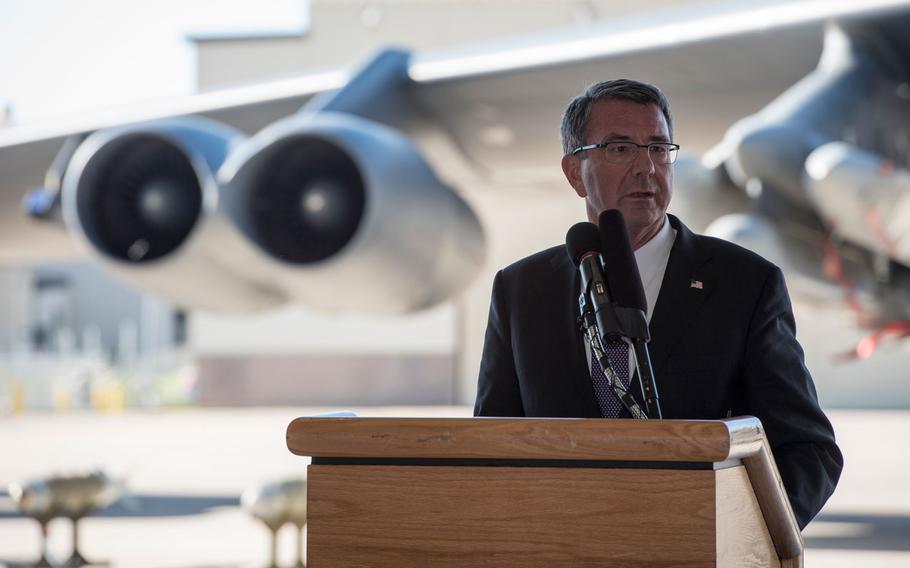 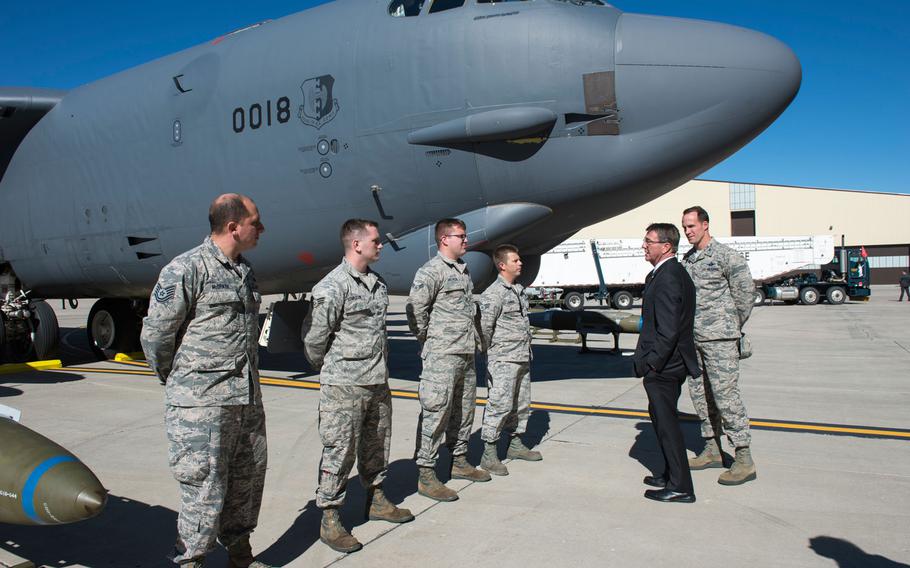 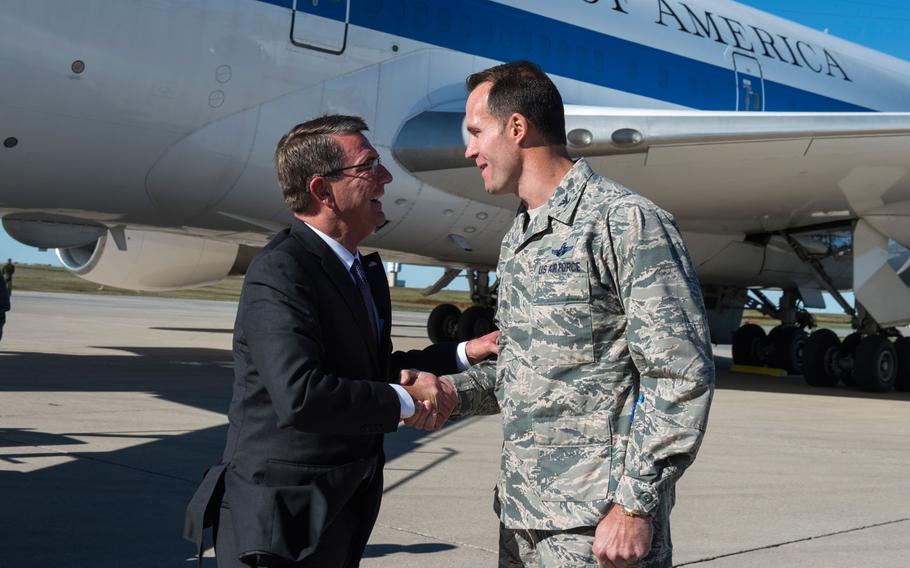 MINOT AIR FORCE BASE, North Dakota — In a weapons bunker on the base, a crew of munitions experts work year-round to stretch the lives of 1980s nuclear cruise missiles that were supposed to last only 10 years.

“A lot of the initial manufacturers [supplying the warhead] are out of business,” said Air Force Master Sgt. Wesley Dean, with the 705th Munitions Squadron on base.

The crews are working to keep several hundred missiles that attach under the wings of B-52 Stratofortress bombers useful into the 2030s.

That means “every screw, every little piece” has to be given extraordinary attention, including the outdated computer circuit cards that are “keeping the brains of the missile” functioning, Dean said.

On Monday, Secretary of Defense Ash Carter toured Minot Air Force Base to press the case that if these facilities and weapons aren’t upgraded, the United States will no longer be able effectively to deter other nuclear-capable nations.

“If we don’t replace these systems, quite simply they will age even more, and become unsafe, ineffective and unreliable,” Carter told a group of missileers and airmen at the base.

He said the United States has not built any new nuclear weapons in 25 years.

“But others did,” he said, calling out Russia.

These threats are the impetus for a vast, multibillion dollar program underway to modernize all aspects of what the United States calls its “nuclear triad” – air, land and sea-based nuclear capabilities.

“Deterrence still depends on perception,” Carter said. “What potential adversaries see, and therefore believe, about our ability to act.”

The silos were opened in September 1963 and are guarded by 1960s and 1970s-era UH-1 Huey helicopters, said Col. Jason Beers, commander of the 91st Security Forces squadron, which is charged with securing the base.

The procedures for the Air Force servicemembers tasked with manning alerts for the missiles have not changed either. Two airmen are assigned 24-hour alert shifts, 365 days a year, in bunkers that are 85 feet under the ground.

Modernizing every component of the U.S. nuclear triad is expected to cost $348 billion through 2024, according to the Congressional Budget Office, the cost-estimating arm of Congress.

The long-term price tag is estimated to be much higher, according to outside estimates. The Center for Budgetary and Strategic Assessments, a non-partisan think tank in Washington, has reported the overhaul cost could reach as much as $1 trillion over the life of the new weapons, some of which are planned to be in use through the 2080s.

The Air Force has begun the process of procuring the new strategic stealth bomber, the B-21 Raider, and the new Ground-Based Strategic Deterrent missile. Neither system is expected to be operational until at least the mid-2020s. In the interim, the Air Force is upgrading its current bombers and ground-based missiles, which the services have said is the most economic approach to maintaining the nuclear triad.

“Competing priorities within an ‘over-spent’ government drive hard choices for a nation at war,” Air Force Global Strike Command said in a statement. ”Our collective efforts provide America the best possible defense for the resources available.”

Some critics have said the upgrades are essentially such a complete overhaul that no further systems are necessary.

Using the Minuteman III upgrade as an example, where the older nuclear warheads on the missile have been replaced with newer munitions, the Arms Control Association has argued: “There is no evidence to suggest that [the older Minuteman warhead] – or any other nuclear warhead, for that matter, cannot be refurbished indefinitely.”