Buy Photo
The U.S. delegation to the memorial service was headed by President Jimmy Carter, Secretary of State Edmund Muskie and Ambassador to Japan Mike Mansfield. (Chet King/Stars and Stripes)

Buy Photo
The U.S. delegation to the memorial service was headed by President Jimmy Carter, Secretary of State Edmund Muskie and Ambassador to Japan Mike Mansfield. (Chet King/Stars and Stripes) 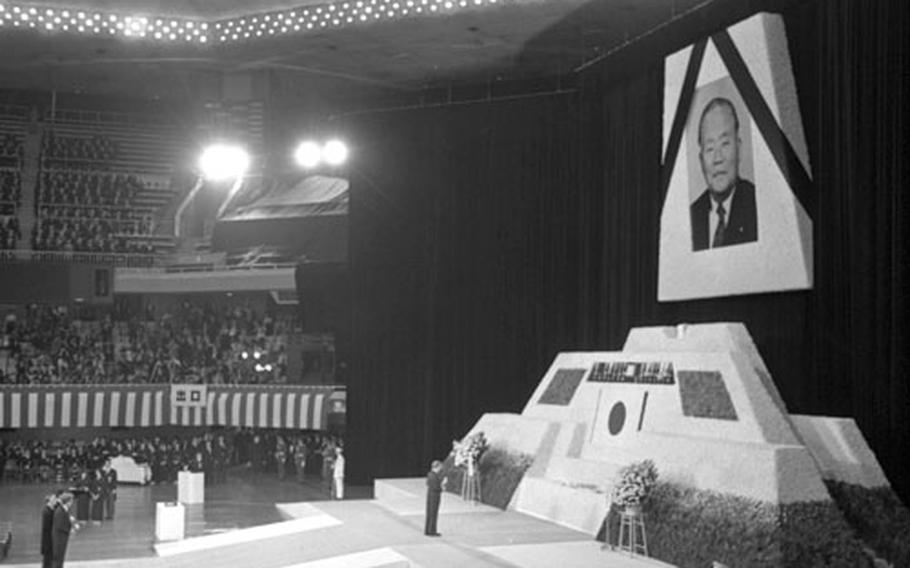 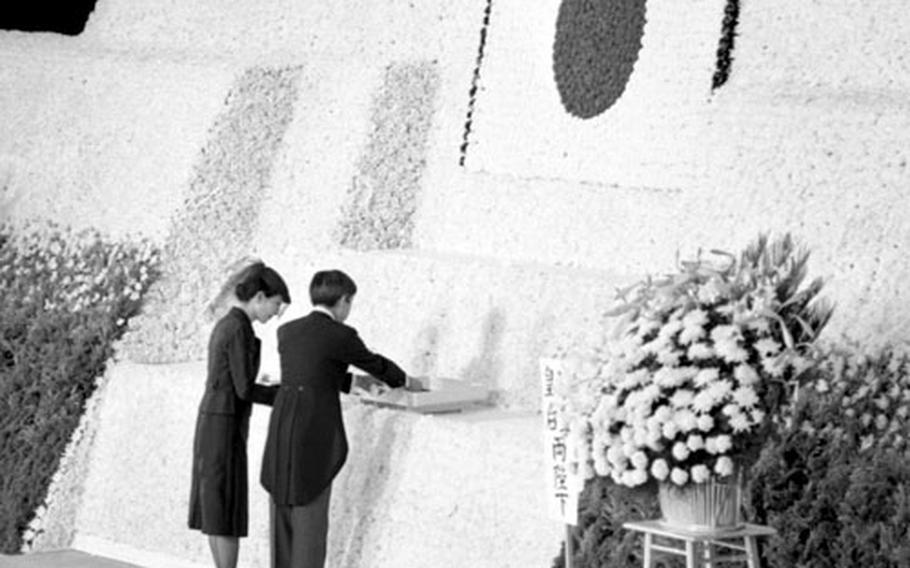 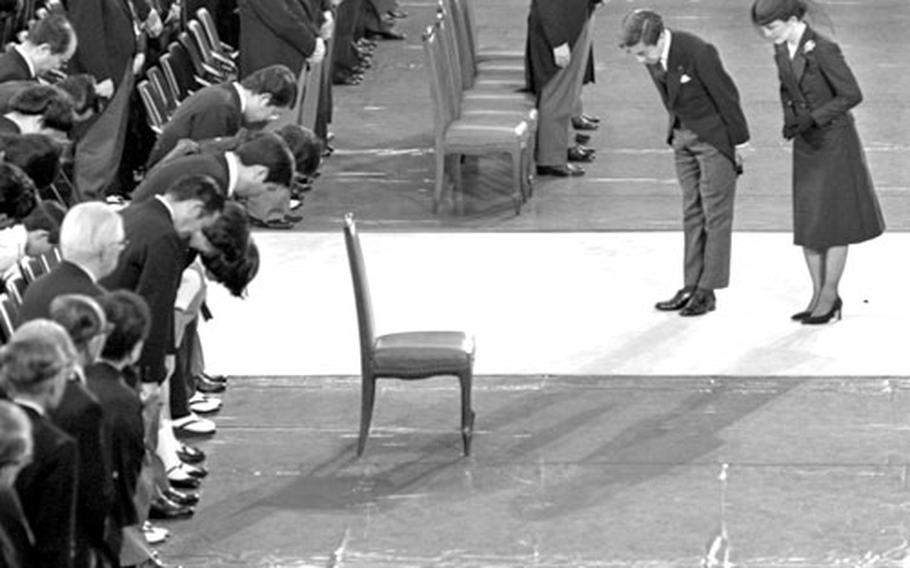 TOKYO &mdash; President Carter met Thursday with Chinese Premier Hua Guofeng, the day after Carter laid white carnations on an altar of flowers and called his friendship with the late Prime Minister Masayoshi Ohira "a symbol of the firm bonds" between Japan and America.

Carter and Hua held a one-hour meeting that White House Press Secretary Jody Powell insisted would be only the first face-to-face meeting of the two &mdash; not a deep discussion of issues and problems, as Secretary of State Edmund Muskie had earlier suggested might happen.

Powell also denied that Carter, meeting with top Japanese officials after an official funeral for Ohira, discussed the imports of Japanese cars that have caused massive layoffs in the American auto industry. Neither Carter nor Muskie have sought conferences with a South Korean delegation led by Prime Minister Park Choong Hoon, Powell said.

Carter spent less than 24 hours in Japan, landing Wednesday at Haneda Airport and leaving Thursday morning. He said as he arrived that he was "both honored and saddened" to return to Tokyo for ceremonies honoring Ohira, who died June 12 &mdash; about a year after he, Carter and other world leaders gathered here for the 1979 Economic Summit Conference.

Carter called Ohira "a good friend and a wise counselor" and added:

"Prime Minister Ohira and I always believed that our personal friendship was a symbol of the bonds between our two nations . (His) leadership will be sorely missed, but because of his many contributions the relationship between the United States and Japan will continue to grow."

Carter, Muskie and U.S. Ambassador Mike Mansfield joined others who were rushed by motorcade to the downtown Budokan (Hall of Martial Arts), where they sat with about 6,000 mourners.

Eulogies were delivered by Ohira's colleagues in the ruling Liberal-Democratic (conservative) Party, then Carter got into solemn procession with other chiefs of state or prominent representatives &mdash; Australian Prime Minister Malcolm Fraser, Thai Prime Minister Prem Tinsulanonda, Philippines first lady Imelda Marcos and Hua. Each walked to a huge altar made of carnations and chrysanthemums and placed floral offerings into a plain pine altar box.

Unlike the others, Carter didn't bow &mdash; only took two long, thoughtful looks at a mural-sized portrait of Ohira.

Carter later called on Emperor Hirohito at the Imperial Palace and then went to the State Guest House, Akasaka Palace, meeting briefly with Acting Prime Minister Masayoshi Ito and Foreign Minister Saburo Okita. Powell said that only amenities and condolences were exchanged &mdash; nothing about the thorny issue of auto imports, brought into sharp focus when Carter stopped over at Detroit and declared the administration would give domestic relief to the stricken industry and hurry consideration of a trade complaint about large Japanese auto shipments.

"There was no discussion (on automobiles)," Powell said, insisting that Carter's tight schedule ruled out long conferences. Powell said he knew nothing of reports that the Toyota and Ford Motor companies had agreed on the framework of a joint venture to build 20,000 small, fuel-efficient cars a month in the United States. But he added that the administration has "considerable interest" in any move that will get production lines rolling again.

Powell strongly denied that either the American or South Korean delegations sought each other out, or that Muskie had plans to meet with them before he left. He said this was because the schedule left no room and was not a political decision. The United States earlier expressed concern over a violent shift of events that left Park prime minister.

"(It) is a reflection of the tightness of schedule and of, I think, the understood fact that once you begin (conferences), it's very difficult to draw a line on any particular point," Powell said. "It was not our purpose to turn this occasion into a series of bilateral meetings."

At an Anchorage stopover, Muskie told a television newsman that the Carter-Hua meeting could signal to the Soviets that the America-China relationship "has become closer, faster as a result of the Soviet invasion of Afghanistan" and that other issues could come into it, such as Chinese concern over American arms sales to Taiwan. The talk, Muskie said, was important for its "symbolism" to the Soviets.

Powell said he felt Muskie's statement was based only on the secretary's "ever present hunger for some bit of hard substance" and didn't mean Muskie saw any major decisions or policies coming out of the meeting.

"The opportunity for the president and for Hua to meet socially for the first time and the continuing process of discussion and consultation is valuable," Powell said.